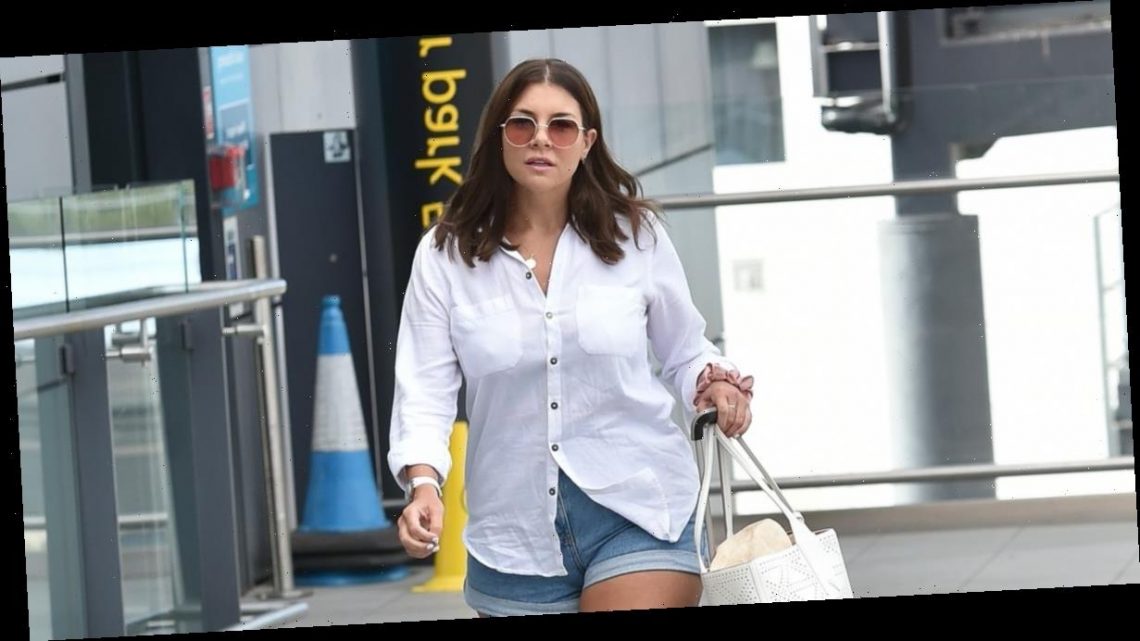 Imogen Thomas arrived at Gatwick airport to fly solo to join her friends in Greece.

She accessorised her look with shades and a large white handbag.

The 37-year-old, who is mum to Ariana, seven, and four-year-old Siera, split from the father of her daughters, Adam Horsley in 2018.

And it’s fair to say the reality star and model, who found fame on Big Brother in 2006, has searched high and low for her knight in shining armour – turning to online dating and even a holiday romance in her quest to find the perfect man.

The brunette beauty told new magazine she’s had more interest from men than ever before after joining exclusive dating app Raya during the pandemic, but admits she’s fussy when it comes to finding The One.

“I’m not going to give my all to the next one, because it’s so draining,” she told new . “This time round is going to be a lot different, because there won’t be any newborns involved!”

On meeting a fella while she was on holiday in Spain, Imogen said: "I went to Spain and I met a guy there and had a good time.

"He wants to meet up, but do I want someone in another country? No. It was nice, but I don’t feel like I want a boyfriend right now.

"But when I kiss and cuddle someone I really do miss it and it was nice to have a kiss and a cuddle with that Spanish guy!"

Imogen co-parents with Adam – he looks the girls every other weekend – being a single mum during lockdown proved difficult for the star, who admitted she “doesn’t have the patience of a teacher” after homeschooling her girls.

“But it’s been lovely having the routine and just enjoying our time together,” she adds.

And on seeing herself recently on Big Brother: Best Shows Ever. Imogen told OK Online: “I watched them all. Loved it, absolutely loved it! It’d be so good if it came back. A show like that, back in the day was like the best show on telly.

“It’d be amazing if it came back. I really did enjoy watching it all back again and seeing the best episodes. It was good entertainment."