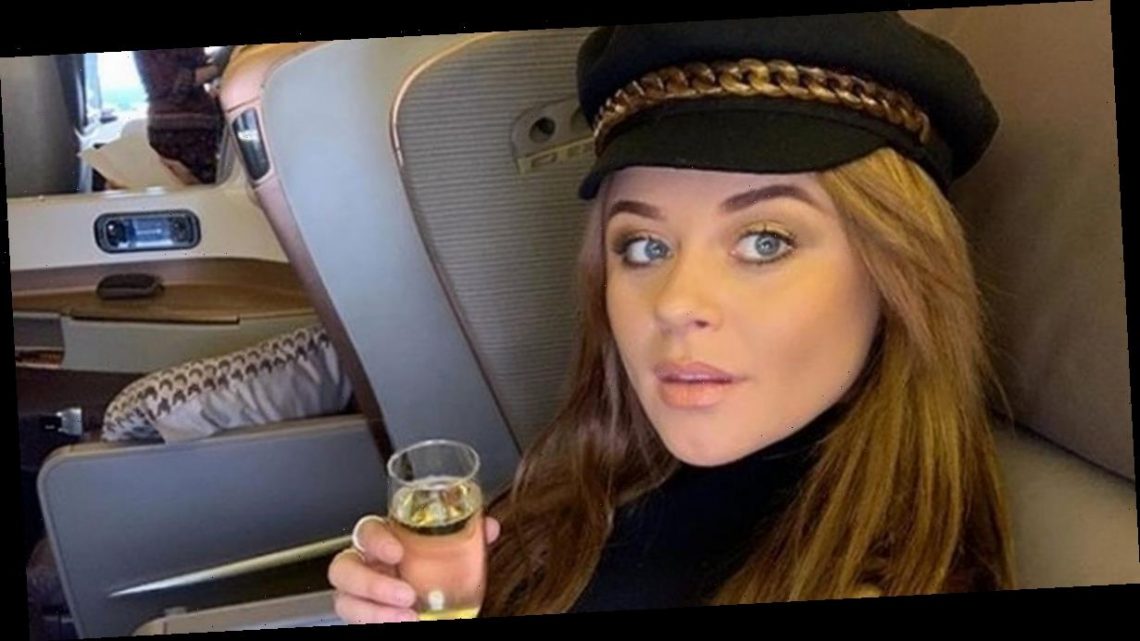 Emily Atack was making an epic return to the I'm A Celebrity … Get Me Out Of Here jungle.

The I'm A Celeb star treated herself to a prosecco as she reclined in her airport seat on Thursday ahead of her I'm A Celebrity: Extra Camp appearance.

Dec Donnelly has already been spotted at the airport alongside his wife Ali Astall and daughter Isla.

After coming runner-up to Harry Redknapp on last year's jungle series, she has accepted the invitation to host the spin-off show this year.

In the Instagram snap, Emily cut a stylish figure in a baker boy hat adorned with golden embellishments while she held a wine flute on the plane.

She wrote alongside the selfie: "Off I go! Back to where it all began. I’m quite emoshe. See you soon boys."

Emily started knocking back the proseccos ahead of the flight at the bar in Heathrow Airport.

"Never too early," she said.

The reality star tagged in Joel Dommett and Adam Thomas who were also making the journey to Oz.

Joel could barely contain his excitement as he took to Instagram to share his car journey while on the way to the I'm A Celeb jungle.

"I'm on the way to the jungle for the first time this year."

He came second place when he appeared on the 2016 series of the show as he lost out on the crown to Scarlett Moffatt.

Like Joel, Emily has always looked back on her jungle memories with a fondness.

The jungle princess admitted doing the reality show was the best decision after she had faced a crossroads in her life.

She previously said: "I'd reached a point in my life where everything came to a crossroads and I was having a bit of a quarter-life crisis. I was just very lost. I didn’t really know what I wanted from life and everything was at a standstill.

"I got really bored of sitting around waiting for work or for the next movie to come along that only 100 people would see. I got bored of being skint, of twiddling my thumbs, wondering how to take my life to the next stage. I was frustrated.

"I’ve made some stupid decisions both in work and in my personal life But I'm A Celeb was the best, hands down. It flipped everything on its head, I was doing something wild and showing people who I am as a person."