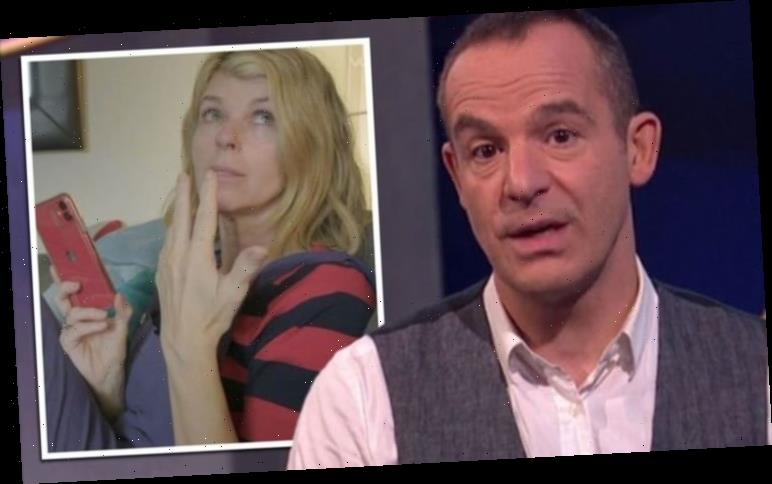 Martin Lewis took to Twitter last night after watching a documentary about Kate Garrway and her husband Derek Draper, who contracted COVID-19 last year. The moving ITV programme followed the Good Morning Britain presenter as her spouse recovers in hospital, capturing him struggling to cope with his slow recovery from the deadly virus.

Martin praised the mum-of-two for her “positivity” throughout a very difficult year.

As her spouse remains in hospital one year on, Kate looks after their two children – Darcey 15, and Billy, 11 – and continues to work to support the family.

The Money Show Live host said although it was “very difficult” to watch on television last night, he could only imagine what it had been like for Kate to live through.

The 48-year-old said it was hard to recognise the man he used to know. 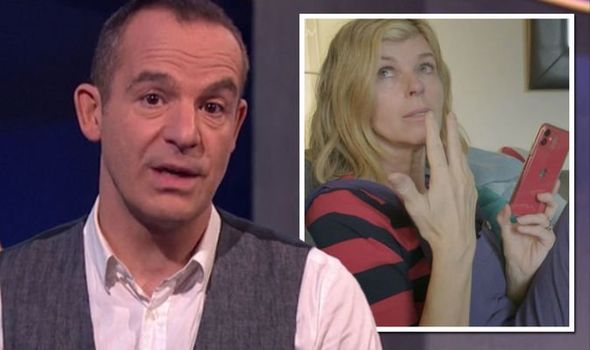 Martin spoke out in view of his 1.1 million followers after the documentary aired.

It coincided with the one year anniversary of lockdown.

“It’s very difficult watching #FindingDerek but nothing compared to living it.

“Kate’s positivity and perseverance is so powerful,” he wrote online. 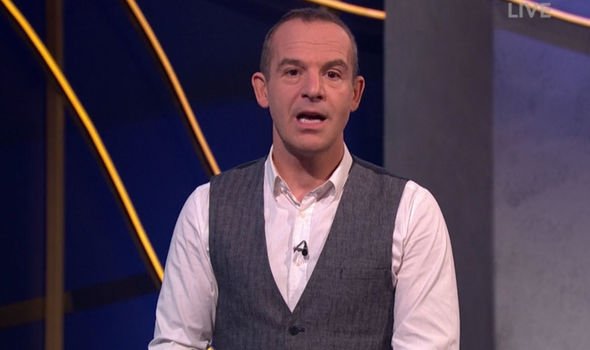 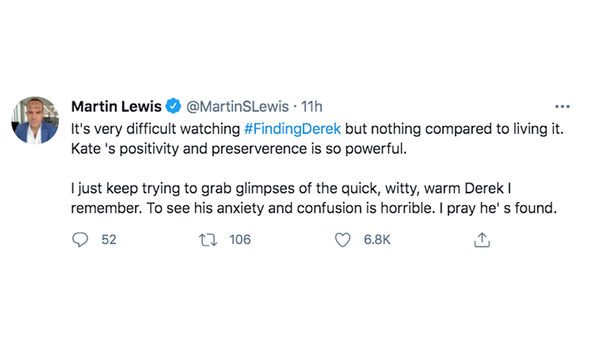 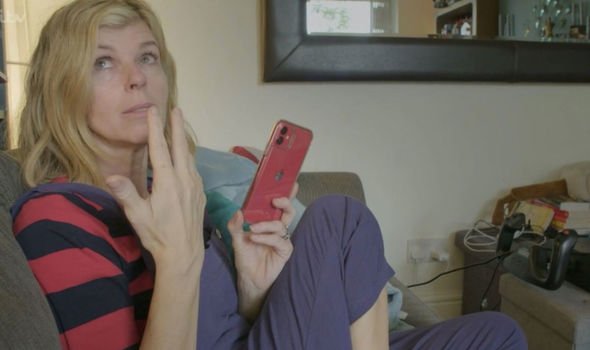 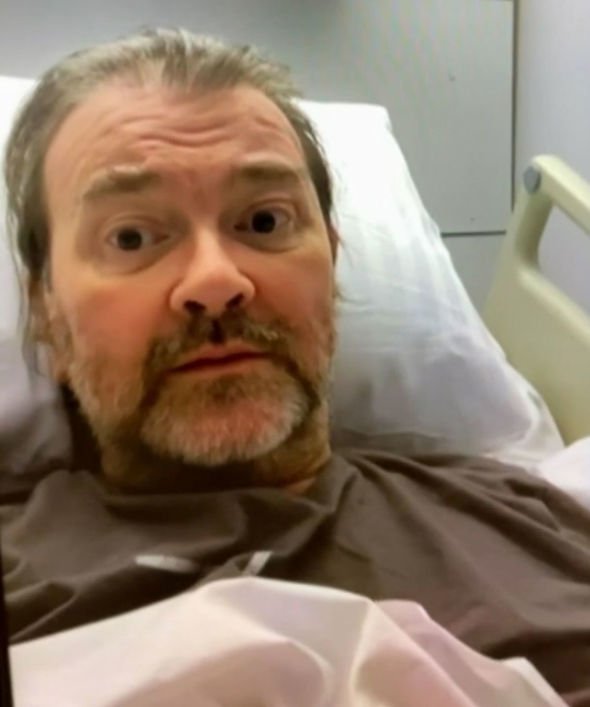 “I just keep trying to grab glimpses of the quick, witty, warm Derek I remember.

“To see his anxiety and confusion is horrible,” Martin continued.

Many took to the comments section of his post to share their thoughts and admiration for the 53-year-old mum-of-two.

“Humbled by such display of [love]!!!! Kate’s pragmatic attitude, fuelled by adrenaline no doubt, is what keeps her going. She’s filling the void that would otherwise consume her. She’s showing Covid who’s boss here. Go Kate, keep fighting those daily battles. May you win the war,” one follower wrote.

“It was heart-breaking to watch but on the positive side I was surprised to see that he does know the family & he’s talking to them i hadn’t expected that, he’s obviously a very strong person & Kate is amazing,” another added.

A fourth viewer said that it brought back her own heartbreak.

“Very hard to watch. I lost my husband to a stroke last summer, 4 years after his first one. The struggle is real. Watching Kate trying to cope brought it all back. I pray she gets him home.”

Kate’s GMB co-star Susanna Reid relayed a message from her colleague on this morning’s show.

She said Kate was “really grateful for the support” she’d received following the broadcast.

Kate is reading every message, her co-host added in her update.