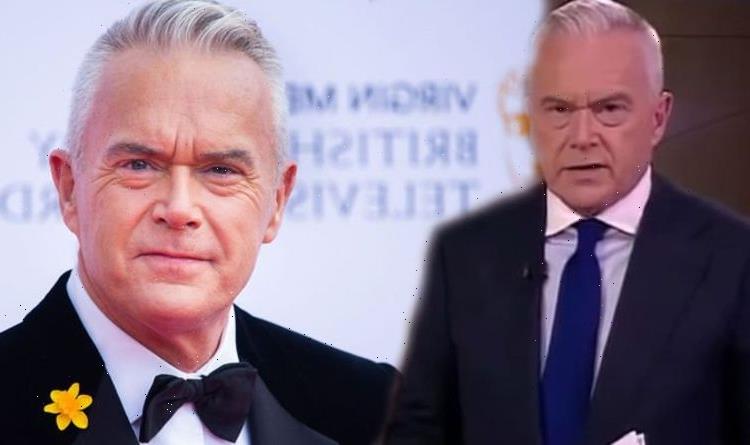 Huw Edwards is said to be making financial gains away from the BBC obligations through public speaking. The BBC News anchor is reportedly commanding £10,000 to £25,000 per engagement through a celebrity agency.

Live events give Huw an opportunity to display a wicked sense of humour.

The News at Ten anchor, 60, recently hit out after his BBC salary was made public, claiming that he had been angered when his £529,000 salary was announced.

Huw had dubbed the decision made by BBC bosses to publish the salaries of staff earning over £150,000 a “nightmare”, adding that it had been “very tedious”.

The Welsh star claims that he had not been embarrassed about his salary, but was left disgruntled after it was revealed, despite taking a “huge pay cut” some years beforehand.

“If you do get a huge pay cut, it’s certainly going to affect you, your psychology, and your attitude towards the work,” he told BBC Radio Cymru.

Now, it appears that this is the last thing on Huw’s mind, as he takes on a new career path.

Public speaking agency JLA have listed Huw as the “lead news anchor on the nation’s main bulletin”, before adding that he often leads major coverage from general elections and national occasions, to royal weddings.

The agency states that Huw is available to book for awards shows as well as after-dinner speeches.

“Unsurprisingly, he’s quick to master the brief; what’s extraordinary is the ease with which he mixes serious messages with funny anecdotes – and his ability to make audiences feel they’re attending a very special occasion.”

While a review from a booking reads: “The conference would not have run as smoothly without Huw’s professionalism and energy as chair.

Huw recently teased that his retirement was approaching, as he marked his 60th birthday, in a social media post.

The broadcaster, who started his career as a political correspondent, penned: “60 is the new 40 – delighted to confirm my retirement plans for… 2041.

“Thanks for all the birthday wishes.”

He added the hashtags: “#diolch #penblwydd #birthdayboy”, alongside the Welsh flag, while tagging BBC News.

Elsewhere, Huw recently opened up to BBC Radio Cymru host Dewi Llwyd about his future at the corporation.

He said: “I believe a time comes when you’re bound to re-assess what’s in front of you.

“Now a big milestone [his 60th birthday] is here, it’s natural to think, ‘Am I going to continue in this job for another five years, or do I want to do something different?’”

Delving into the impact the role has had on Huw after all these years, he revealed to Dewi: “The nightly news business, after 20 years, that can be taxing.”

“Even though I still enjoy the job,” he added. “But I don’t think I’ll be doing that for long.”