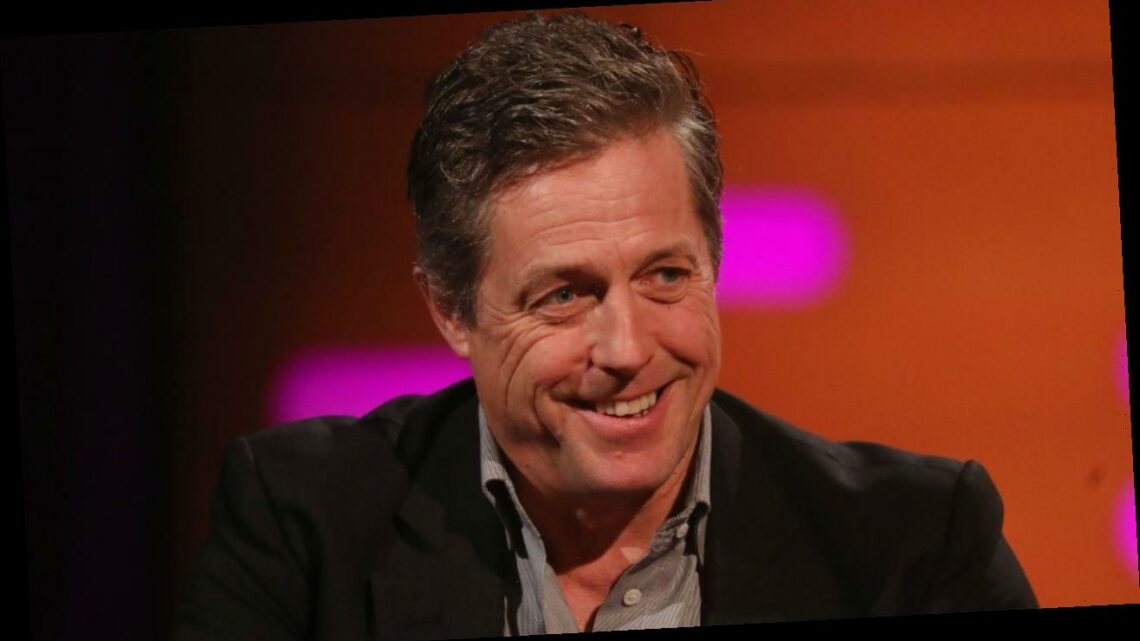 Hugh Grant’s an old softie these days! The 60-year-old actor opens up on The Graham Norton Show on Friday about how he’s recently become more in touch with his emotions.

“Having spent a career unable to muster a single emotion, I find in my old age I can’t stop them,” he shares. “It’s something to do with children or love, or my wife, or something, but I can’t keep it at bay.”

The longtime film star jokes that he took on the new HBO Max mini-series, The Undoing, to get out of the house more.

“I did this job partly to get away from my young children as they are exhausting at my age,” he says. “I thought it would be great to have a break but every time I arrived in New York I missed them so badly I was a mess, so every scene was suddenly a cue for tears for me. I’d even go into a cafe and ask for a cup of coffee and the tears would come!”

Grant is father to five young children. He shares three of those children with his wife, Anna Elisabet Eberstein.

During a recent appearance on Late Night With Seth Meyers, Grant opened up about how his and his wife’s taste in films differs greatly.

“My wife is the man in our house, really. She likes violent films, gangster films while I’m sitting there watching Roman Holiday or The Sound of Music or something,” he quipped. “So she’s never liked those films I did in the past, which are all romance and stuff. But now she’s starting to get a taste for [my work].”