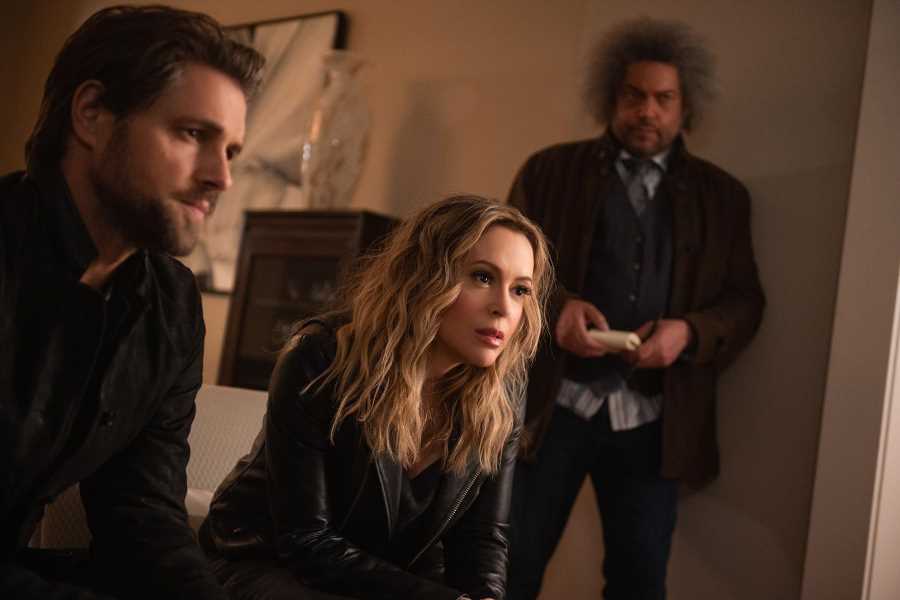 Halfway through the new Netflix original movie Brazen, a character says of his recently murdered ex-wife: “The list of suspects gets to be a long one when it comes to a dead hooker.”

This loathsome man gets punched in the face by Alyssa Milano for his disrespect, telegraphing that we’re dealing with a story that wants to be seen as nuanced in its sex-worker representation. The movie makes a few more limp attempts at being progressive, using language like “artists” and “clients” to refer to pornographers and their fans. But, ultimately, Brazen wants to have it both ways.

Since its release on Jan. 13, Brazen has been in the top two spots on Netflix — so far it’s been streamed for more than 73 million hours — and it’s easy to understand why. It’s like a drawn-out episode of Law and Order: SVU, or a Lifetime whodunnit, with plenty of catnip for procedural lovers. But it is, in actuality, a “dead hooker” movie, just another piece of sex worker exploitation — from its premise (a killer targeting cam models) to its garish steampunk costuming and lack of understanding as to how the online adult industry actually functions. It wants to give you the slightest wink of being woke without following through on any significant trope-busting. And that makes it just as unconscionable its more gleefully sleazy Eighties psycho-thriller counterparts, like Body Double.

We don’t get to know Kathleen well enough to understand whether the illicit hidden sanctum or beige suburban exterior represents her true self. Desiree, like so many sex workers, is not the protagonist of her own story. Neither are the killer’s two other victims. They are fallen women, the perfect victims of a sex crime, ones we’re meant to pity. It’s Grace’s heroic pursuit of justice that restores order. She begins a flirtation with the literal cop next door, implausibly persuading his boss to bring her on to the investigation as a consultant. By the end, she has caught the killer, and appears happy and safe drinking herbal tea with her detective boyfriend.

As sex work representation goes, Brazen is as bland as Kathleen’s interior design. It turns pro-domme and adult content creator stories into an edgy metaphor for white, straight, upper-class lives.

Understanding how sexual labor actually works is crucial for understanding how and why it can be dangerous. Movies like this are obsessed with the thrill of the adult industry, but they don’t care about striking actual nerves with the people who might actually relate. Their producers imagine an audience of “normal people,” i.e. not sex workers, even as they portray sex work as something “normal people” do in secret.

There’s nothing wrong with light, formulaic entertainment in all genres — from romance to murder mystery to, yes, pornography. The problem with played-out sex work stereotypes on film is that they contribute to real-life dehumanization, criminalization, and violence. Brazen isn’t particularly realistic about the working conditions of novelists or law enforcement, either, but neither of those groups are under constant threat of social marginalization.

“If you read my books, you’d know they’re about exploitation, misogyny, the patriarchy!” declares Grace. But this is just lip service. Brazen vaguely identifies some of the things that do threaten sex workers’ safety. Surveillance and digital identity security. The fear of being outed and losing your public-facing “respectable” job or custody of your young child. Obsessive stalkers who don’t know how to separate person from persona. If Brazen were a feminist film, it would critique the violence that really threatens sex workers: the police, for example, or laws like FOSTA-SETSA that criminalize communities and further isolate workers from potentially life-saving resources. It’s not enough to have your characters say what they’re trying to do. Creators have to actually do it.

Netflix has an uneven track record with scripted content about the sex industry. 2018’s Cam is a remarkable horror movie written by an out sex worker, Isa Mazzei. Mazzei pulled from her own lived experience working as a cam model to infuse a supernatural cyberthriller with realistic sex worker fears, like non-consensual outing, lousy tech support, and clients with bad boundaries. Brazen, though ostensibly based in the real world, is far less grounded in how cam modeling actually works: It even seems confused about how the internet works, with the cam company Fantasy Incorporated functioning more like a local public access station than an online platform with a global audience.

Tina Horn is a writer, teacher, and media-maker. She hosts and produces the long-running kink podcast Why Are People Into That?! She is also the creator and writer of the sci-fi sex-rebel comic book series SfSx (Safe Sex).