Home » Celebrities » How did Maradona die? Everything we know about his cause of death so far 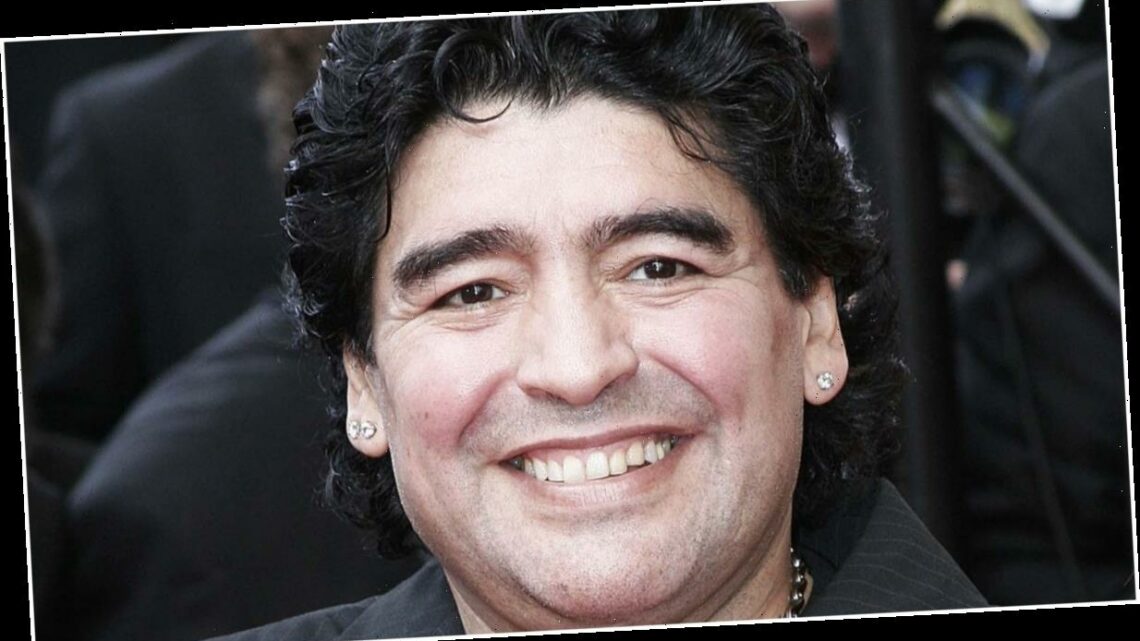 How did Maradona die? Everything we know about his cause of death so far

Argentine soccer legend Diego Maradona passed away yesterday at his home in Buenos Aires at the age of 60.

Maradona was considered by many to be the greatest soccer player of all time, and the president of Argentina has declared three days of national mourning.

Mourners in Argentina and Napoli, Italy, have taken to the streets in their thousands to grieve. He led Napoli to clinch the Italian Championship twice in the late 1980s.

An official autopsy has yet to be released, but a preliminary autopsy has indicated that he died from pulmonary edema caused by heart failure. The Napoli and Barcelona legend was recovering at home after being released just two weeks ago from the hospital following a bleed on the brain.

It’s reported that Maradona complained to his family yesterday morning at breakfast that he was feeling cold and sick. The 60-year-old reportedly looked pale and returned to bed.

At around midday, a nurse checked in on the World Cup winner, and on finding him unconscious, they called the paramedics. CPR was attempted while they waited for the paramedics.

Unfortunately, Maradona passed away before the ambulance arrived. His nephew, Jonatan Espósito, was the last person to see him alive.

The preliminary autopsy states that he died in his sleep after suffering heart failure caused by acute secondary lung pulmonary edema. This happens when fluid accumulates in the lung’s tissue and air spaces.

The doctors also detected dilated cardiomyopathy, which causes the heart to become enlarged and weaker, meaning it struggles to pump blood around the body. It is this inability to pump the blood that causes the fluid to build up in the lungs and leads to pulmonary edema.

Matias Morla, a friend of Maradona and a well-known Argentine lawyer, has slammed the medical services for being too slow to come to the legend’s aid.

Morla took to Twitter to complain that his friend had not had proper care in the last 12 hours. He also said it was “criminal idiocy” that the ambulance had taken half an hour to arrive. He called for an investigation into the matter. 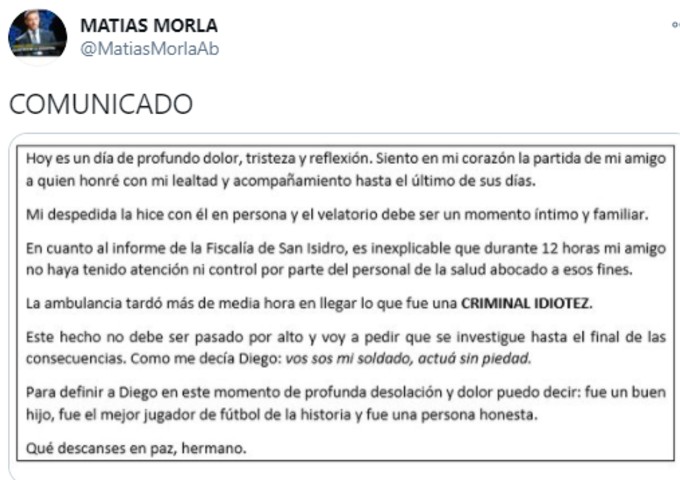 Earlier this month, Maradona was in the hospital after suffering from a subdural hematoma, more commonly known as a blood clot on the brain. He underwent successful surgery for the issue and was recovering at home.

Sadly, Maradona had suffered from problems with addiction stemming from alcohol and drug misuse, which had plagued him since his retirement from playing.

Maradona was part of the Argentine team that won the 1986 World Cup in Mexico City.

Monsters and Critics made this list of the greatest soccer players currently still in the game. It would have been very interesting to watch Maradona run rings around these guys.