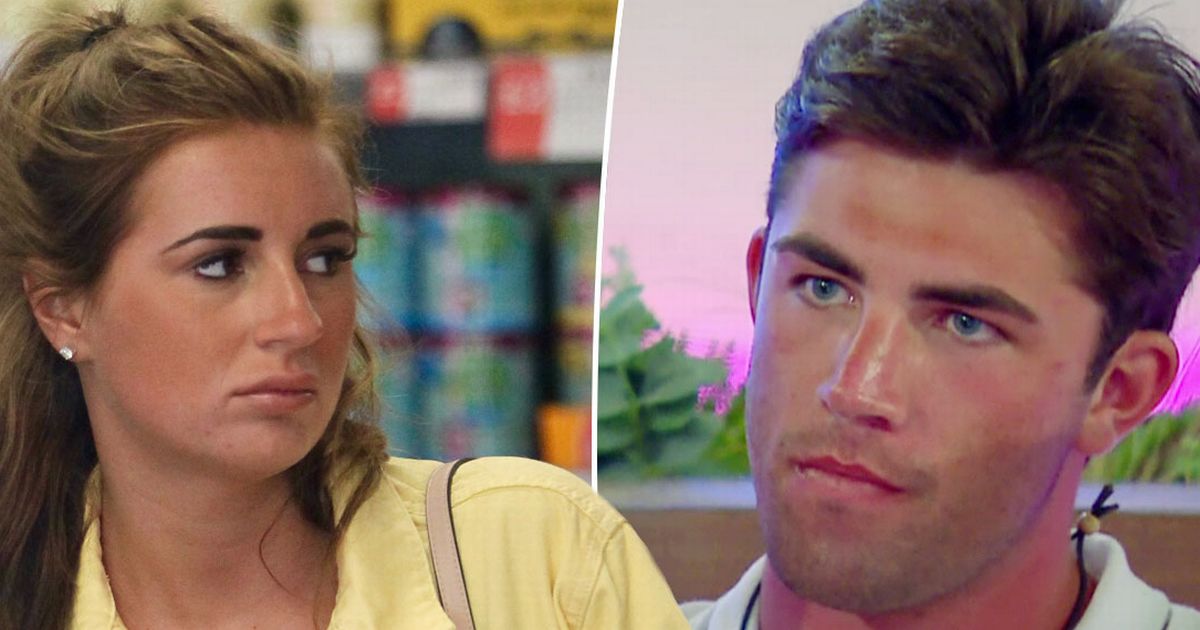 Dani Dyer looks "like a different girl" since her break up from Jack Fincham, as she tries to "create barriers and show strength."

The Love Island star was spotted looking downcast since her shock break-up from pen salesman Jack, with the pair winning the show and the £50,000 prize.

Sadly, however, their relationship was not to last, and body language expert Judi James has shared what she thinks of Dani after she was spotted with her hair up in a big purple coat, walking near her home.

On seeing Dani looking downcast following the announcement of their relationship, Judi says: "Dani clearly looks like a very different girl here from the one we saw smiling, screaming and laughing her way through Love Island.

"Her hair is scraped up in a sophisticated bun and the glasses give her a rather tough, corporate look. She’s holding her chin high in several of the shots, to suggest strength and resilience but the rest of her body language hints at vulnerability and a desire to create barriers.

"Her arms are folded high on her ribs to suggest self-protection and her hands are hidden in her sleeves in what looks like a desire to hide."

Of course, the pair got together on Love Island, and Judi reckons perhaps we should have seen this break-up coming a little while ago.

Judi continues: "When you’re forced to cobble a convincing love match together in order to win fame and cash as you do on Love Island it’s no wonder the place is showmance city, or at best one super-sized version of the kind of holiday romances that peel and fade faster than the skin on your nose once you’re back home to the real reality.

"Jack and Dani did manage to squeak under the cynical radar with their totally idealistic ‘no sex, no rows, no mugging off’ relationship in the villa but despite the lucrative spin-offs even they didn’t manage to last longer than the wrap party for their own little reality show.

"Or should we be double-cynical and suspect a publicity puff in the style of Katie Price?"

Dani posted an announcement of the pair’s break-up, saying: "Jack & I have sadly decided to part ways.

"It’s been an incredible 6 months, and we will always have a place in our hearts for eachother, but sadly we’ve come to the realisation that it’s not meant to be long term.

"We both plan to stay friends. I hope you’ll all understand."

A record-breaking 3.6million people watched the pair laim the final prize, and since their split Dani has launched a clothing line and written a book, while Jack has released his own stationery brand, while the pair have also been fliming their own reality show.

MirrorOnline has contacted a rep for Dani for comment.

Cuba reinforces public transport as it clamps down on private taxis