Home » Celebrities » How Accurate Is Charles & Diana’s Relationship In ‘The Crown’ Season 4? Here’s The Deal 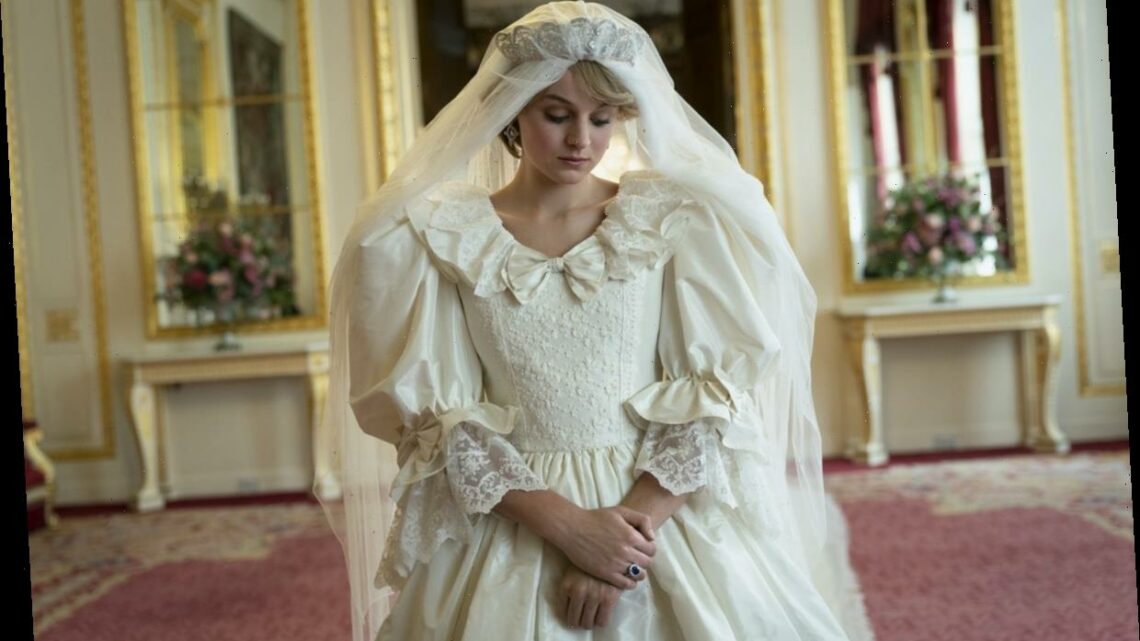 How Accurate Is Charles & Diana’s Relationship In ‘The Crown’ Season 4? Here’s The Deal

The Crown has always been about the story of Queen Elizabeth’s reign. But in the 1980s, two other women took center stage alongside her. In politics, there was Margaret Thatcher, and in family, there was Lady Diana Spencer. Though the story remains Elizabeth’s, both women get their due in Season 4. In particular, Diana’s relationship with Prince Charles dominates nearly half the season, and it’s not always the most flattering portrait of either character. So, how accurate is Charles and Diana’s relationship in The Crown? As always, it’s a blend of real life and fiction.

Warning: Spoilers for The Crown Season 4 follow. Fans are well aware The Crown takes liberties with the truth. Episodes like Season 2’s "Mystery Man" rest on Philip’s rumored connections to a dead man and conflates them into a tale of infidelity, for instance. Season 3 took liberties with Margaret’s trip to the White House in "Margaretology" to spin a fantasy of Margot and Lyndon B. Johnson drinking each other under the table.

When it comes to Season 4, the series does the same. For example, Diana’s trip to Balmoral did not actually happen the same weekend as Thatcher’s first time there — that’s just good storytelling and juxtaposition. But when it comes to Diana and Charles’ relationship, though details are fudged, the series paints a pretty accurate emotional portrait. Season 4 began with Charles meeting Diana when she was a schoolgirl, dressed for a Christmas show. Charles was there to pick up Diana’s older sister Sarah, who he was dating at the time.

Though it’s not known if Diana was dressed as a tree when Charles first met her, the spirit of their meet-cute is on point. She really was the younger sister of Charles’ then-girlfriend. Charles supposedly found the young girl "jolly" upon meeting her, but thought little else about it. 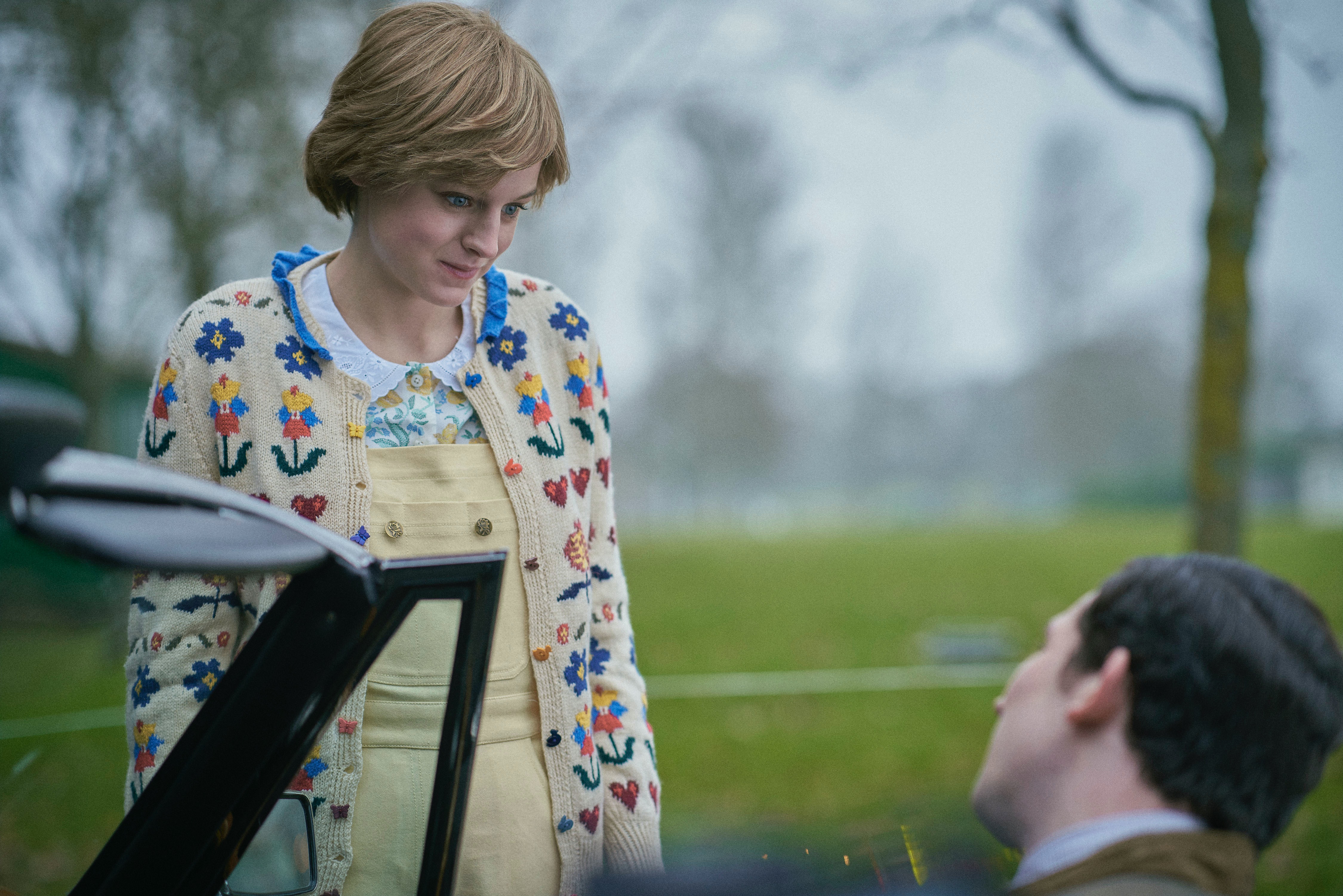 How Charles’ interest in Diana was sparked IRL is well-documented. The two ran into each other at a house party featuring polo and barbecue, hosted by one of Diana’s friends. It was only a few weeks after Lord Mountbatten’s funeral, and Diana sat down on a bale of hay where Charles was eating and told him how sorry she was to hear of Mountbatten’s death. The show transports this scene to Anne’s horse competition for ease of continuity, but the outcome was the same.

As the show notes, Mountbatten was a father figure to Charles, and the Prince was devastated by the assassination. Diana’s words hit in the right place and earned her an invite to Balmoral that summer, where, as the show details, she was a rousing success.

In The Crown, Charles was shown to be under pressure to get married from the moment Season 4 opens. The memo Philip wrote to Charles in the show, in which he urged Charles to either marry Diana or move on, did indeed happen in reality.

As for Charles and Diana’s engagement interview, the real one is posted above. As you can see, Charles does not openly sneer at the idea of love like the fictionalized version of him did, but still, his attitude is… something.

Charles and Diana’s wedding was a fairytale, but the marriage was rough from the outset. In real life, Diana did, in fact, know about Charles’ relationship with Camilla. Of course, the details of private conversations Diana and Charles had about his mistress are unknown.

The Crown also chronicled the royal family’s reported complete mystification at the ways Diana acted. Mental health wasn’t well understood at this time, and it seems Diana was not able to get the help she needed, on the show nor in real life.

The Trip To Australia

Charles and Diana were quick about getting their duty done with "an heir and a spare," both children born within the first three years they were married. In between, there was the tour of Australia and New Zealand, to which the series dedicates a full episode.

During that trip, the series shows Charles and Di coming to an understanding and even making a happy marriage for periods. This is accurate, according to Diana’s interviews, in which she says those months right after William was born were the happiest times in her marriage.

It’s also accurate she demanded William be allowed to come along on the tour.

As The Marriage Collapsed

Toward the end of Season 4, Anne stated Diana and Charles’ marriage was effectively over once Harry was born. In real life, rumors of infidelity within the relationship were widespread by the late 1980s. (For years, people thought Harry’s red hair was proof he wasn’t Charles’ son, but either the son of Diana’s riding instructor or Captain James Hewitt.)

As for Charles, most Americans first heard about his affair with Camilla when his and Diana’s divorce hit newsstands in the 1990s, but their affair was actually pretty common knowledge across the pond for years, starting in the late 1980s. Charles insists to this day he didn’t begin cheating until his marriage to Diana had "irrevocably broken down," but as The Crown suggests, that point came much earlier for him than it did for her.

The Crown Season 4 is on Netflix now.

Staffers at The Kelly Clarkson Show Test Positive for COVID-19