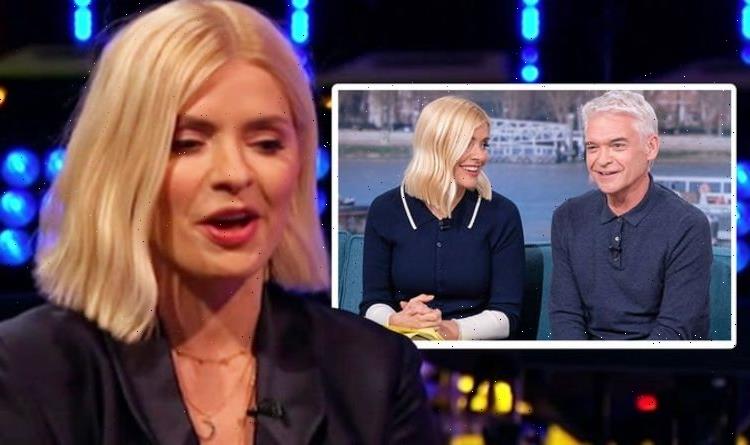 Holly Willoughby, 40, is best known as one of the more familiar faces of ITV, but she’s also headed to pastures new as she landed a new role at the BBC. She’s set to join Lee Mack and Wim ‘The Iceman’ Hof for the new survival programme, which will see celebrities embark on an epic adventure of self-improvement and face a “unique test of mental strength like no other”.

This show is going to be brilliantly entertaining

It may seem odd to many fans that she won’t be appearing alongside her long-time co-star and best friend Phillip Schofield, who she co-presents This Morning and Dancing on Ice with.

But sources close to the TV star claim this exciting new opportunity to co-host Wim Hof’s Superstar Survival, comes from her new found confidence at solo presenting without her pal.

In 2018, Holly appeared alongside Dec Donnolly in Australia for I’m A Celebrity, until Ant McPartlin returned.

The source told OK! Magazine: “Holly is loving working on the new show and loves the people she’s working with.

“She of course loves working with Phil, but she’s also a star in her own right and doesn’t have to rely on their partnership.”

They added: “She’s done This Morning for so long and she enjoys it so much, but she’s happy to be adding something different to her schedule too.

“When she did the jungle she found it liberating and loved it more than she ever thought she would. It gave her confidence.

“She’s balancing everything really well, she loves her work and she’s able to juggle her family life and her social life with it really well.”

Holly’s new role was announced back in August last year, and it sounds like she can’t wait to get her teeth into the “brilliantly entertaining” series.

She said: “I can’t wait to team up with Lee and Wim on this show.

“Lee is a favourite in our house because he’s so hilariously funny and I’ve been a fan of Wim for a long time – he’s a genius who’s incredibly passionate about helping others.

“This show is going to be brilliantly entertaining and you never know…you may find out some things that could help you along the way too.”

But fans of This Morning do not to fret!

The mum-of-three recently set the record straight on the “hurtful rumours” about her leaving the programme.

“I feel very lucky to be on that show. The show changes so much, I think that’s the beauty of This Morning,” she told Jonathan Ross.

“I’m very lucky to work with Phil. I can’t imagine a world without him being there. It just wouldn’t be the same. The magic of that show is us two together when we’re together.”

“We’re lucky, we really are. I’ve read those things, too. It hurts sometimes, because it’s so unfair and untrue, so it’s difficult sometimes. We’re just incredibly lucky.

“So no, I’m not retiring, that’s a really long answer.”