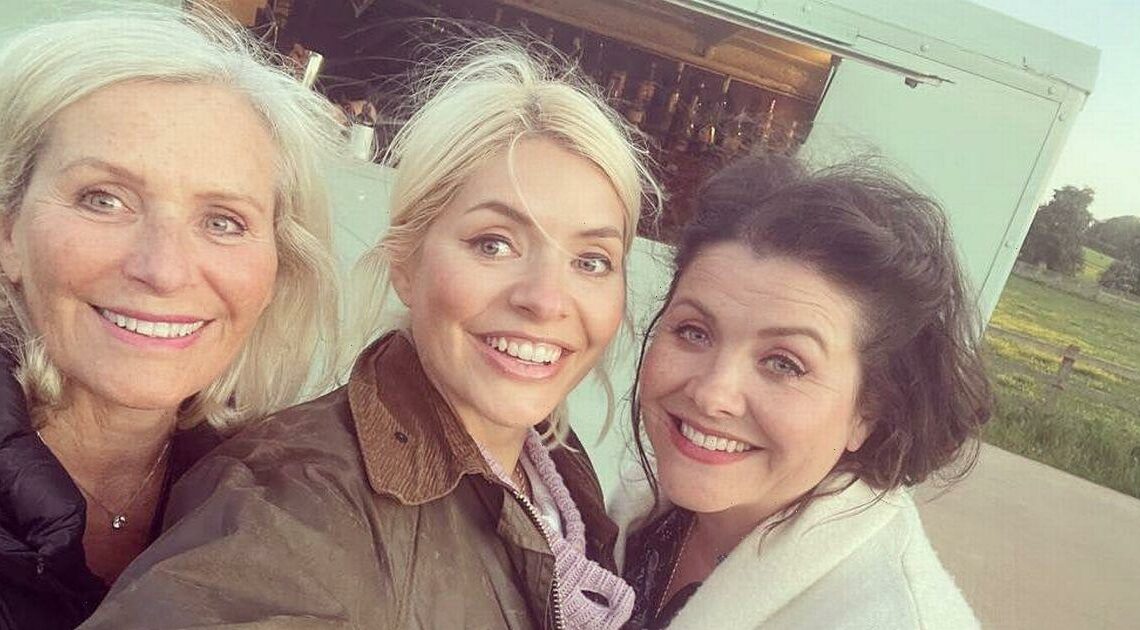 Holly Willoughby's fans were amazed to see how much the This Morning presenter looks like her mum, who turned 74 on Tuesday.

In a snap posted to her sister Kelly Willoughby's Instagram, the three ladies pose together in front of what appears to be an outdoor bar.

In the photo, all three of the Willoughbys have beaming smiles, with Kelly standing out with her darker hair, while both Holly, 41, and her mum, Linda, both show off their famous blonde hair.

Fans of Holly were quick to point out how alike her and her mum look, as well as having plenty of similarities to her sister, also.

Tamzin Outhwaite commented with love heart emojis, while Kate Thornton said: “What a lovely picture of you all – happy birthday!”

Other fans offered similar comments, with one describing them as "3 peas in a pod", adding: "Beautiful ladies, can't believe your lovely mum is 74!!!"

While another fan simply said: "You both look like your Mum xx."

It's been a busy day already for the This Morning presenter, with Holly joining co-star Phillip Schofield to broadcast live from Buckingham Palace in a special episode as part of the Queen's Platinum Jubilee celebrations.

The show began with a grand version of the This Morning theme tune, with the pair making their way to the grand entrance of the palace in a luxury vehicle.

Phillip stepped out in a suit while Holly opted for a glamorous floral dress.

While some fans were unimpressed by the change of location for the show, others were quick to praise the change and Holly's dress.

"Oh my god I’m loving #ThisMorning today, bl**dy love our amazing Queen," one wrote, as a second added: "Why can't I look round the Palace, what a lovely place, Holly's dress is super this #ThisMorning stunning as ever @hollywills."

The duo announced the news they'd be broadcasting from Buckingham Palace during yesterday's show – two members of the London Fanfare Trumpets began playing as Gyles Brandreth read out an invitation from the palace.

Holly admitted she was close to tears from the announcement, saying: "I’m so excited. That almost made me cry! Downton Abbey and now Buckingham Palace – we do get the keys to all the best houses in Britain, don’t we?" as Phil replied: "We really do! But this is the best one!"