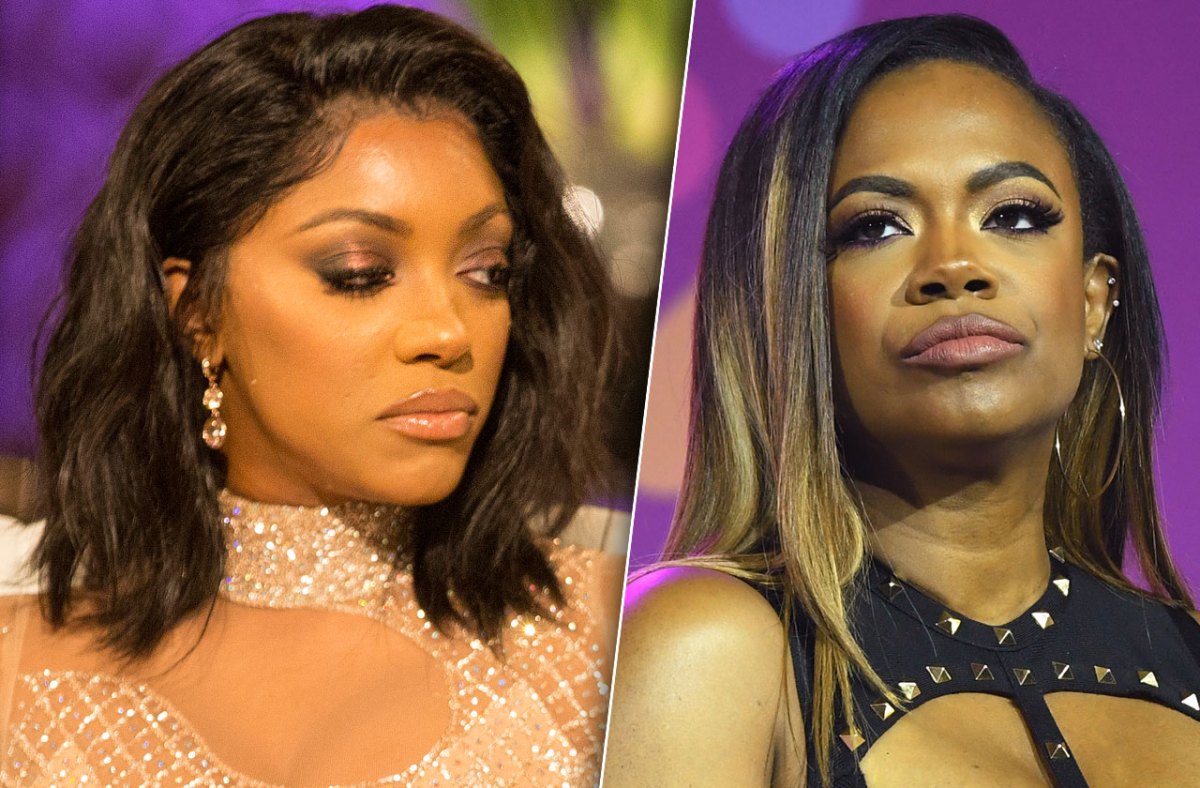 He’s A Player! Kandi Calls Out Porsha’s New Man For ‘Dating A Few Other Women’

The Real Housewives of Atlanta star got into a nasty fight with Porsha Williams over her new boyfriend in the latest epic episode of the Bravo show.

Dennis McKinley opened the episode telling Williams’ mother how smitten he was with her daughter.

“The energy just connected. Everything fell in place,” he said about his girlfriend.

But not everybody was happy with their romance.

Burruss met with NeNe Leakes, Cynthia Bailey and Marlo Hampton and spilled the tea on McKinley’s other ladies.

“I don’t know him personally but he’s dating a few other women,” Burruss claimed.

“A few is three or more,” Hampton pointed out.

Burruss tried to say that she wasn’t just gossiping: “I do want Porsha to live her best life. Some of the info I heard I heard before he even knew Porsha.”

Leakes told the ladies that she didn’t want to get involved, but then went straight to Williams and told her Burruss was gossiping about her.

The next time Williams, Bailey, Leakes and Burruss were all together the bickering exploded.

“Porsha is constantly bringing up Dennis. Why am I pretending like I don’t know she’s upset?” Burruss said.

So she told Williams she knew people who had “kicked it” with her boyfriend and Williams told her she knew about her trash talking.

Williams then admitted that Leakes told her Burruss was talking about her. “Nene came to me, she was like, ‘I think she didn’t tell you because she was worried how you would react,’” she said.

But Williams told her off.

“I didn’t even think it was conversation-worthy, really,” she said about her new man. “I’m happy about him, and I was excited he got the tattoo.”

Williams said she believed McKinley “has been single for all this time,” but Burruss disagreed, saying he had been dating “multiple people in the last year and a half.”

“People have sex with multiple people, and they care about them less,” Williams said to Burruss.

And she was mad about Burruss’ criticism of her boyfriend.

“She should be too busy selling penises and butt plugs to be worried about what Dennis is doing,”

On a more serious note, NeNe Leakes’ husband Gregg Leakes’ cancer return was a heartbreaking scene in the episode.

While extolling the virtues of clean eating and beating cancer, the doctor’s office called to deliver devastating news.

“The last test was positive,” the physician’s assistant on the phone told a tearful Leakes and her stoic husband. “So it did pick up there being circulating tumor cells.”

She told Gregg Leakes: “What we really recommend is that you do the chemotherapy. Preferably the two IV drugs for 6 months.”

PHOTOS: The Most Boobiful Real Housewives

While he was adamant that he wasn’t going to do the treatment, the woman on the phone explained why they recommended the treatment. “We need to make sure we kill all the cancer cells with the chemotherapy.”

“My faith went through the roof,” said Leakes’ husband. “I don’t want to do it. “

Stay with Radar for weekly recaps of the Real Housewives of Atlanta.