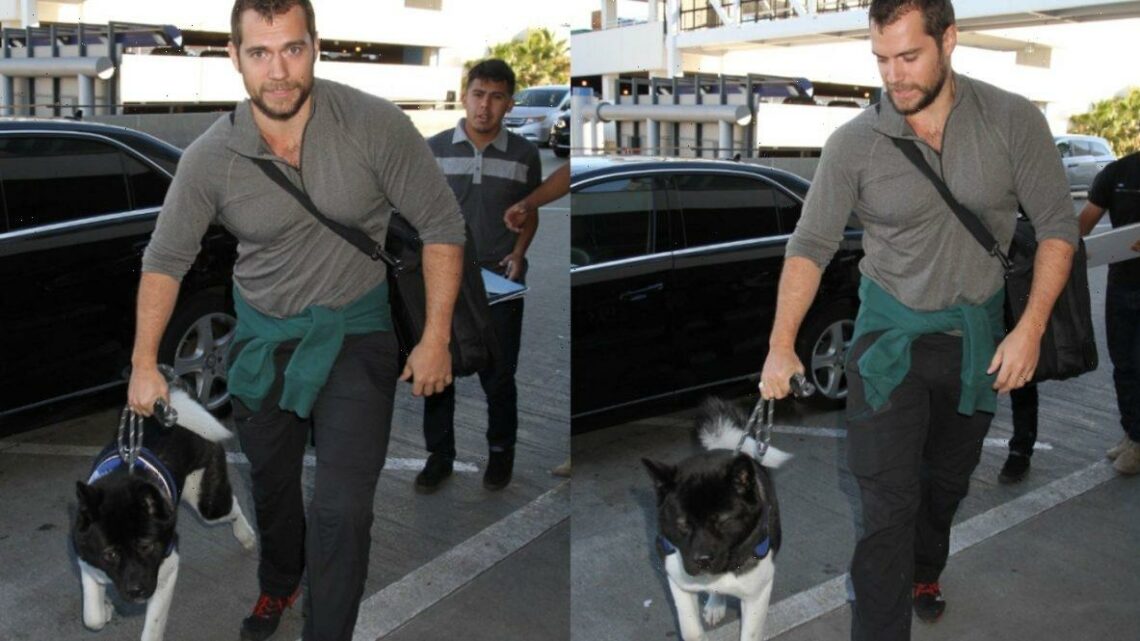 Henry Cavill currently boasts a number of iconic roles, but many know him from his time as Superman. The Witcher star got his big break with 2013’s Man of Steel, and he’s gone on to play the superhero in a number of DC Extended Universe films. Naturally, Cavill has grown attached to the character. In fact, his dog even has a Superman-inspired name.

Henry Cavill has an American Akita who he considers his ‘savior’

Henry Cavill adopted a black-and-white American Akita back in 2014, not long after he made his Superman debut in Man of Steel. The actor took in his furry companion as a puppy, and he regularly posts photos on his Instagram.

During a conversation with On Demand Entertainment, Cavill reflected on the companionship he feels with his pooch — and it seems the two share a very sweet relationship:

“He has been an absolute savior for me. He is a true companion. And in those moments where I just need another being around, but not necessarily to be putting loads of effort into that person, he’s fantastic. And to me, he’s very much… He’s a dog, but he’s a companion. He’s a person as well.”

The ‘Man of Steel’ star named his dog after Superman

Clearly, Cavill holds a lot of love for his dog. The actor even named him after his superhero role.

That’s right, Cavill’s pup has a name that connects back to Superman — and no, it isn’t Krypto. The American Akita goes by “Kal,” a shorter form of Superman’s birth name, Kal-El.

Fans might see that as a missed opportunity, given Krypto’s status as DC Comics’ Superdog. However, Kal does have the size and strength worthy of Superman himself. Cavill’s noted those qualities frequently on social media, so perhaps they factored into his naming decision.

Cavill’s pup may have gotten his name from Superman, but he accompanies the actor to his latest television project as well. The Witcher star told People that Kal is “always around” when he’s filming the Netflix series:

“He was there the entire time, yes. He spent most of the time in the trailer rather than on set because, when he can see me but he can’t get to me, he tends to start making a lot of noise.”

In fact, Kal got hurt running out of Cavill’s trailer while he was filming The Witcher Season 2, an experience the actor recounted during Netflix’s WitcherCon. Kal needed to be put under at the vet, and Cavill worried about his furry companion while filming his scenes.

“I’m sitting there thinking, ‘I’m never going to see my dog again, and I’m here on set doing this rather than with him,’” Cavill said.

He recalled it was a “particularly rough moment,” but fortunately, Kal made it out of the experience just fine. With a Superman-inspired name, perhaps it’s no surprise he’s a tough cookie. And now he can continue accompanying Cavill to his latest projects — which may or may not include more DCEU films somewhere down the line.