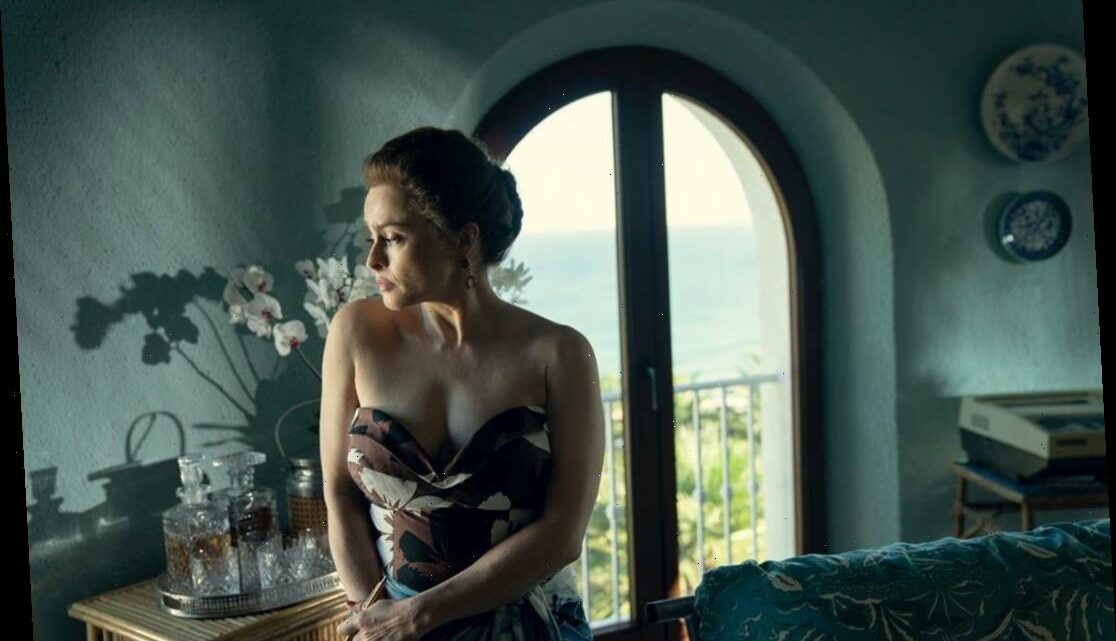 While many members of the royal family pushed for Prince Charles to marry Princess Diana, Helena Bonham Carter believes Princess Margaret would have been more hesitant.

The actress who portrays Queen Elizabeth's younger sister spoke up for her character while shooting The Crown, she revealed in the press conference ahead of the series' fourth season. Bonham Carter shared that in the Netflix hit's fictionalized account, "it becomes very clear before the marriage that there are big problems," yet the family encourages Prince Charles to go through with it.

"I like to credit myself with an idea. I said, 'Hang on, I'm not really part of this.' They all looked at me," Bonham Carter recalled. "Maybe I've totally imagined this, but I said, 'Well, I'm not going to be encouraging an interference with a marriage when — back when I was Vanessa Kirby back in season 1 — my whole life was destroyed by my sister interfering with a marriage.' " "She saw Diana being picked up by the press as she was, and she was taken as a fashion template. But she also knew that this was going to be a honeymoon — being heralded by the press then quickly turn," the actress said. "It's a complicated thing, marriage into the royal family. It isn't just for an emotional…it's a job, and there's a duty. I think she can see that Diana is too young." Tobias Menzies, who portrays Queen Elizabeth's husband Prince Philip in The Crown, discussed the introduction of Princess Diana's character into the Netflix hit in season 4 — and how Philip was initially taken with his daughter-in-law.

"I guess there are some similarities in that, you know, it's another outsider, a position that he obviously has been in. Maybe he has some kind of appreciation for the challenges that she's going through," Menzies said. "I think on a very basic level, he just thinks it's a good fit. In a slightly old-fashioned way, I think he also just liked her femininity, her beauty. He was sort of very seduced by her as well." The Crown season 4 will be released on Netflix on November 15.