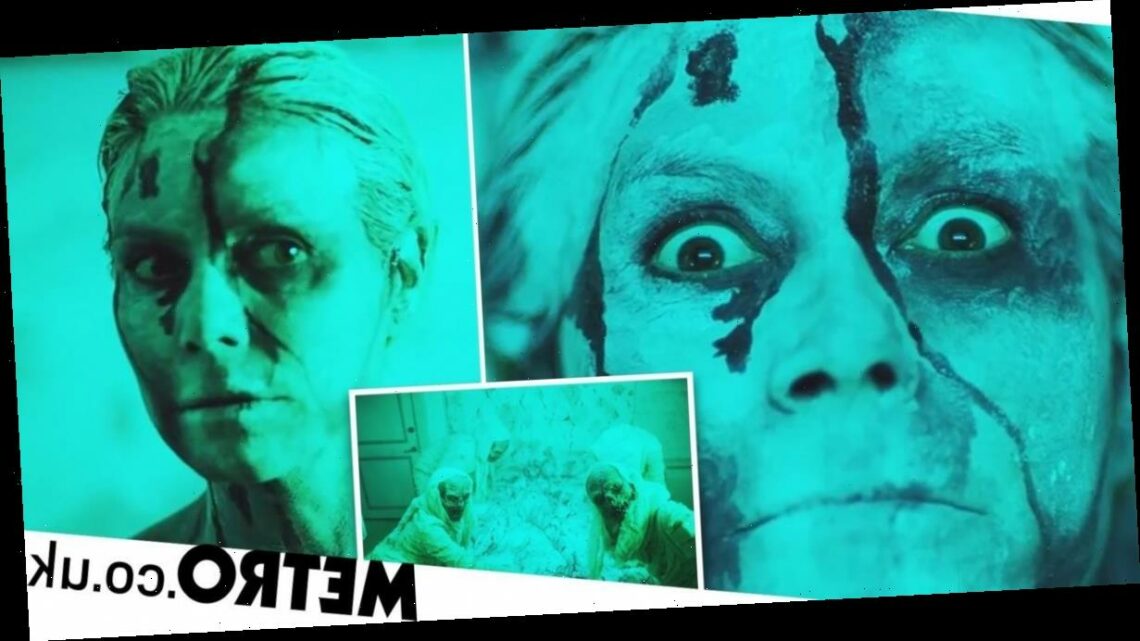 Heidi Klum couldn’t throw her usual Halloween party this year – so she’s made a horror film instead.

The Queen of Halloween never does things by halves.

The German model is known for her incredible costumes, from transforming into Jessica Rabbit via prosthetics, to turning into Princess Fiona from Shrek.

But for 2020, Heidi has adopted a different kind of Halloween vibe, trading her usual A-list guestlist for her children and turning into a scream queen.

The 47-year-old shared a five minute film to social media entitled Heidi Does Halloween, in which she, husband Tom Kaulitz and her four kids – Helene, 16, Henry, 15, Johan, 13, and 11-year-old Lou – moaned about how the pandemic had ruined the year and that 2020 was the worst year ever.

However, not one to have her spooky spirits dampened, Heidi decided that they would do Halloween at home this year, and made costumes for her kids out of the thing she bought the most of back in March – toilet paper.

Heidi wrapped her kids in loo roll to turn them into mummies, but was caught short after eating a dodgy sausage, and realised that she needed some of the toilet roll back.

But her kids never responded to her emergency calls from the toilet, because at midnight, they all turned into actual bloodthirsty mummies, with Tom also morphing into a zombie.

Cue a classic horror movie chase through the house, with Heidi employing a crack team of make-up artists to help her escape her little monsters.

Firstly, the America’s Got Talent judge blended into the wall as a bulletin board, complete with Post-Its stuck to her chest.

Then, she disappeared into a marble bedspread as her entire body was painted to melt into the backdrop.

Unfortunately, even those killer make-up skills couldn’t save Heidi, as she is attacked by her children.

The voiceover for the campy film said: ‘This Halloween, stay at home and enjoy some quality time with the family. Just try not to kill each other.’

Heidi told USA Today: ‘I was thinking about how we, like so many families, would be stuck at home and what we had around the house that we could make into costumes. To me, Halloween means creativity! That’s why I enjoy the holiday so much because it’s a chance to come up with something completely out of the box and let your imagination run wild.

‘It’s also such a fun way to celebrate as a family because everyone can get involved creating their own costumes.’

While we could probably manage the toilet paper mummy look, we reckon the full body paint is a little bit out of our reach.

Despite Heidi’s Halloween looks being very different this year, fans were loving her commitment to the festivities, and declared her reign as Queen of Halloween to be ongoing.

However, she has plenty of competition this year, in the form of Lil Nas X, who dragged up as Nicki Minaj, Ciara, who dressed as Cardi B, and Lizzo, who opted to dress as the fly that landed on Mike Pence’s head.

Heidi has been throwing her own Halloween party since 2000, and her costumes have become increasingly elaborate over the years, involving all kinds of prosthetics and taking months of planning and preparation.

Last year, Heidi spent 13 hours being worked on by a team of top make-up artists in the window of Amazon’s New York offices to transform into a gruesome mid-autopsy alien, complete with exposed brain and intestines.