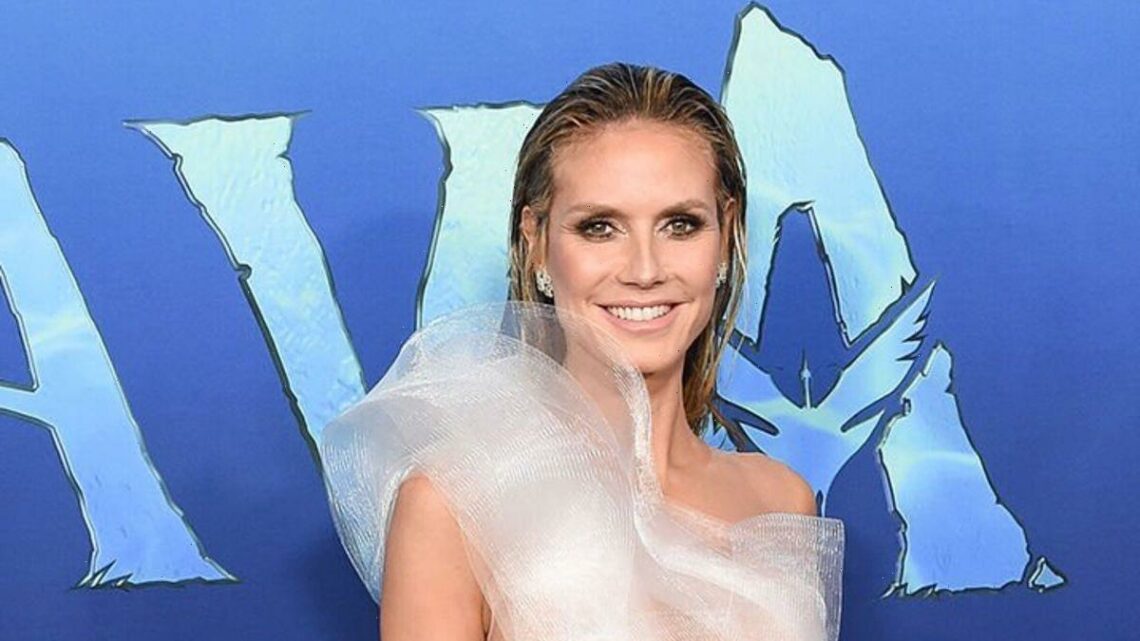 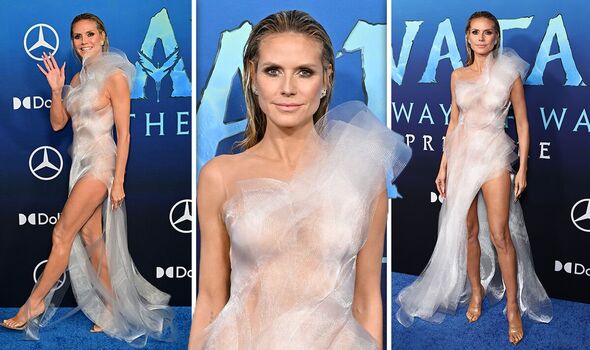 Heidi Klum, 49, leaves little to the imagination in a completely sheer gown at the Avatar premiere

Heidi Klum showed off her supermodel figure as she posed up a storm last night at the Avatar: The Way of Water premiere in Los Angeles.

Heidi Klum, 49, looked phenomenal as she attended the Los Angeles premiere of Avatar: The Way of Water last night.

The supermodel showed off her ample assets as she exposed her sideboob in the silver gown made of sheer, wispy fabric.

The barely-there dress exposed Heidi’s enviably long, toned pins as she made sure to make a grand entrance on the red carpet with her husband Tom Kaulitz.

In the water-inspired look, Heidi opted for a wet-look hairdo, as she slicked back her blonde locks, leaving them to fall down her back, not taking any attention away from her show-stopping number.

Heidi also showed off her ageless complexion with her simple makeup look, consisting of a pale pink glossy lip and a smokey eye.

Heidi Klum left little to the imagination as she took to the red carpet in a completely sheer gown, showing off her ample assets and toned pins.

Heidi Klum looked younger than ever

Heidi Klum had her left leg completely exposed in the gown, while also unveiling the side of her breasts as she posed for onlookers.

Heidi Klum wore minimal accessories, leaving the dress to do its work as she wore silver studded earrings and a stiletto heel.

Heidi Klum was accompanied by her husband Tom Kaulitz

Heidi Klum took to the red carpet with her husband of almost four years Tom Kaulitz. The 33-year-old Tokio Hotel star donned a silver suit with a matching silver button-down shirt underneath, making sure to coordinate with his supermodel wife.

Heidi Klum is known for her daring outfits

Heidi Klum demonstrated her variety of skills earlier this week on the red carpet at the People’s Choice Awards. The supermodel showed off her yodelling abilities when Laverne Cox asked her what would be her talent if she herself went on America’s Got Talent.

Heidi Klum stunned in a white and green number

Heidi Klum took to the red carpet in a stunning white and green mini dress, made by the Making The Cut Season 2 winner Yanick Zamboni.