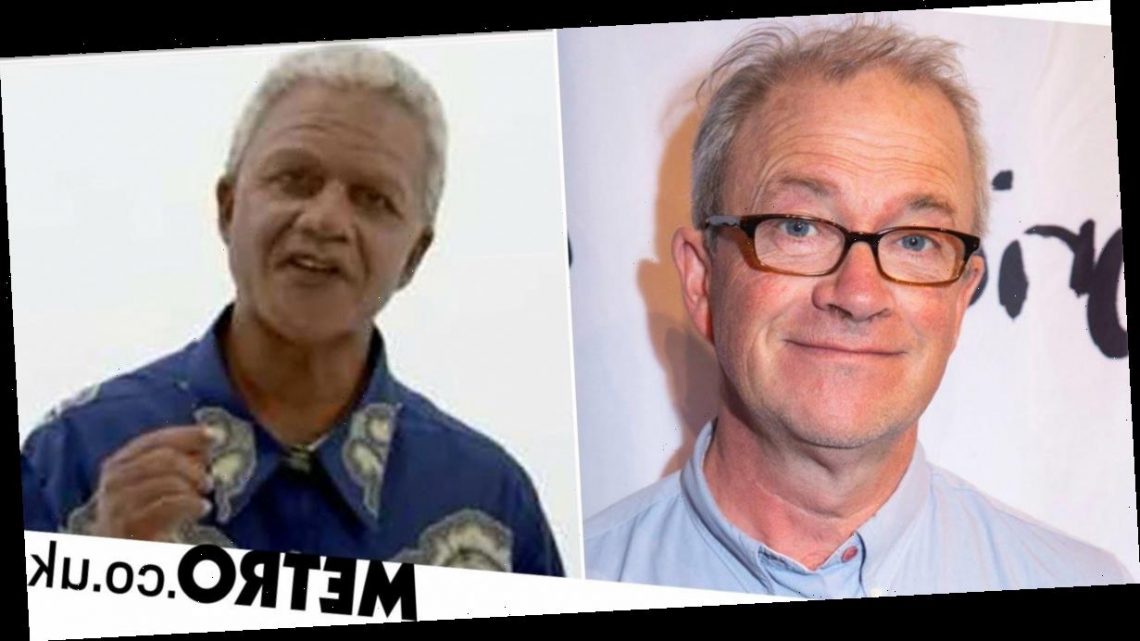 Harry Enfield has come under fire for using the word ‘c**n’ in an interview defending blackface.

The Kevin The Teenager actor appeared on Radio 4 with Nick Robinson to debate TV shows like Little Britain and The League Of Gentlemen being removed from streaming services due to their use of blackface.

And while arguing his stance with comedian and writer Ava Vidal, the 59-year-old used a racial slur when harking back to older, offensive comedy routines.

Enfield said: ‘Obviously, Al Jolson or GH Elliott who played the Chocolate Coloured C**n, in the thirties, they perpetuated the myth of the happy negro, who was very happy to sing under the crack of the whip. Obviously that’s deeply offensive.’

Robinson pointed out that many listeners would find the slur offensive, saying that Enfield was using it in inverted commas, with the comedian continuing: ‘Well, that was his name on stage.’

The comic then claimed that he wasn’t happy that he could ‘would not be allowed’ to satirise a non white Prime Minister.

He said: ‘But I’ve played Margaret Thatcher, John Major, Tony Blair, David Cameron – four Prime Ministers. Say if Rishi Sunak became Prime Minister. I would find it difficult that I would not be allowed to play him because of the colour of his skin.’

Robinson said: ‘It’s an interesting point. If someone’s Prime Minister, Harry’s got a series, are we really saying he has to book a black or Asian or ethnic minority actor to join him to take the mickey out of the Prime Minister of the day?’

Vidal hit back: ‘I’m sure you can take the mickey out of the Prime Minister without blacking up, if there was a black Prime Minister.’

Earlier in the conversation, Enfield defended himself dressing in blackface to play Nelson Mandela on Ruddy Hell! It’s Harry and Paul.

Claiming he wanted to play his ‘hero’ Mandela by riffing on a stereotype, he said: ‘At the time, there was a lot of things in the paper about drugs, so I made him a drug dealer, or a peddler of alcopops to children and things like that, which I thought was so wrong it was alright. I wouldn’t do it now, but I don’t think I regret it.

‘I definitely think there should still be a conversation about it.’

‘Did he play Margaret Thatcher as a hooker? Why did he denigrate the black one?’

Enfield said: ‘The whole point to say how preposterous it was to have this stereotype by playing Nelson Mandela as that stereotype.’

Earlier, Vidal explained why blackface was so offensive, saying: ‘You have to look at the origins of blackface. It was distorting black people’s features, it was done for the entertainment of white people and it was done promoting negative stereotypes, and it normalises dehumanisation.’

Robinson asked: ‘Isn’t comedy all about poking fun at all kinds of stereotypes, people who are ginger, people who are Scottish?’, with Vidal replying: ‘Comedy is about being funny, and punching down and picking on oppressed people is not funny.’

The segment has been widely criticised on social media, with people also calling out Vidal’s name being mispronounced by Robinson and the comedian being given less time to speak than Enfield.

‘@BBCr4today this is what people mean by embedded racism. Harry Enfield got far longer to speak.’

Journalist Anita Singh tweeted: ‘Listening to Harry Enfield saying ‘c**n’ on @BBCr4today(“but that’s what he was called!”) is not really how I wanted to start the day’, while another tweet read: ‘Harry Enfield just *unironically* explained that he blacked up to portray Nelson Mandela as a drug dealer to demonstrate how ridiculous the stereotyping was. I think he just won the race to the bottom.’

Others expressed that they would be complaining to the station over Enfield’s use of a racial slur, and praised Vidal for her composure during the segment.

Speaking to Metro.co.uk, Vidal said: ‘It proves how deeply ingrained these attitudes are that he could utter that word without so much as a by your leave.

‘This is why Black & POC have to lead the conversation on racism because many White people don’t even notice it.

‘I would have liked more time cause I had more points to make and I feel I wasn’t given the chance to do so.’

He also received criticism for wearing dark make-up to play Harry Belafonte in 2014’s Harry & Paul: The Story Of The Twos.

Yesterday, it was reported that Netflix had pulled The Mighty Boosh and The League Of Gentlemen from the platform, due to the Spirit of Jazz and Papa Lazarou characters, played by Reece Shearsmith and Noel Fielding respectively.

Meanwhile, Little Britain was removed from Netflix, Britbox and BBC iPlayer due to the use of blackface in some sketches.

And Ant and Dec issued an apology for dressing up in blackface for undercover sketches on Saturday Night Takeaway.

TV shows have come under renewed scrutiny in the wake of worldwide Black Lives Matter protests, sparked by the death of George Floyd.