Home » Celebrities » Happy Birthday Saint West: The 65 Most Adorable Photos Of The 3-Year-Old 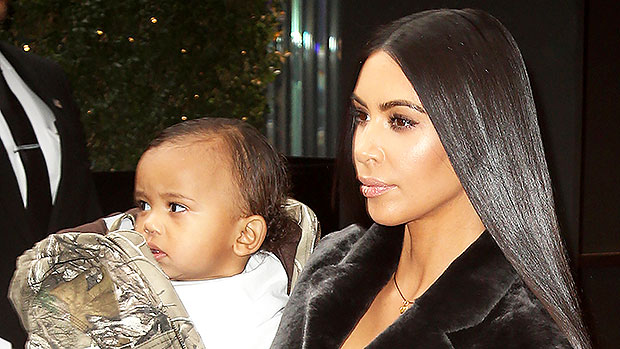 Happy Birthday Saint West: The 65 Most Adorable Photos Of The 3-Year-Old

Kim Kardashian and Kanye West’s son is too stinking cute — and he’s only getting cuter! See pics of Saint West over the years in honor of his third birthday.

Look at this sweet birthday boy! Saint West turns three on Dec. 5, and he’s a fun little guy to celebrate. Kim Kardashian, 38, and Kanye West, 41, welcomed him back in 2015, and it’s like he’s had a huge smile on his face ever since. The little one always looks like such a happy camper whether he’s throwing pitches with his dad at a Chicago Cubs baseball game or hanging out with his sweet sibs, North West, 5, and Chicago West, 10 months. But while he’s had a fun year, it’s safe to say that our favorite memory of 2-year-old Saint happened around Halloween. He and his cousin Reign Disick, 3, dressed up as Kanye and Lil Pump, 18, which required huge, boxy outfits with their tiny heads sticking out.

That wasn’t the only time Saint and Reign stole our hearts in 2018, though. The two also celebrated their birthdays together! While Saint’s is on Dec. 5, Reign will turn four on Dec. 14 — along with his older brother Mason, 8. But instead of celebrating with his sibling, Reign had a joint party with Saint. Kim’s hallway was transformed into a jungle for the Tarzan-themed event, complete with rainforest noises, battered suitcases and an insane amount of foliage. Such lucky little boys! We bet these two had a blast — but will Kim and Kanye do something to celebrate Saint on his actual birthday after all of that? Only time will tell, but we’ve got our eyes peeled!

For now, take a look at the gallery above for some of the sweetest pictures of Saint over the years. Since he entered the KarJenner fam, he has been stealing our hearts with his big ol’ smile. Happy birthday, Saint!