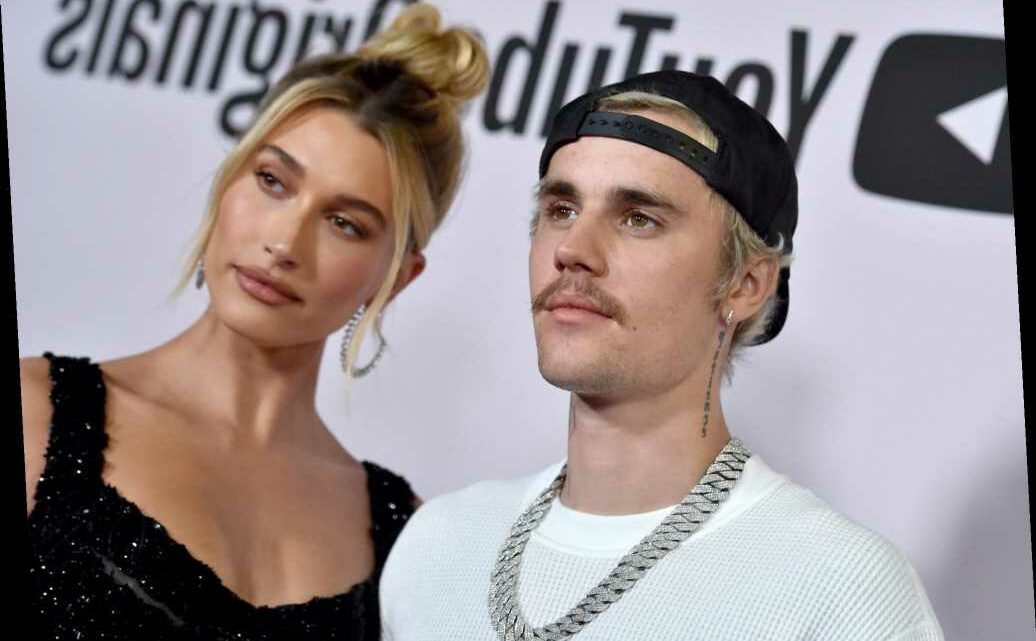 Being a model is one thing, but being connected to one of the biggest pop stars in the entire world is something else entirely. Hailey Baldwin explained that she wasn't prepared for the amount of attention she got when she started dating Bieber and told Vogue Italia that at first, she was nervous about showing affection in public. She and Bieber landed the cover of the magazine this month — as well as a very steamy spread — and Baldwin spoke about how she learned to embrace the public eye and just be herself around her husband.

"It was difficult for me to understand how to carry on a relationship like this, experienced under the eyes of all," she said. "But there comes a time when you have to embrace reality, and admit who you are." She mentioned that she eventually just decided not to give into her insecurities and do what felt right. That meant kissing Bieber, ignoring the incessant photographers, and just doing things her own way.

"For a long time I couldn't do it: I didn't kiss him in public, I didn't like the idea of ​​people watching us at certain moments," she said. "But I realized that it is a battle that in the long run, instead of protecting you, exhausts you. The fact is, we love each other. And there is really nothing to hide."

She also talked about the public perception that they're still kids. She told the magazine that she's definitely an adult and that she shouldn't have to quell the chemistry that they share.

"Although many still see us as eternal teenagers, Justin in particular. Instead we are a married man and woman, committed, and comfortable with their sexuality," she added. "We are as individuals and consequently we are together. Our chemistry is born from these private and profound awareness."