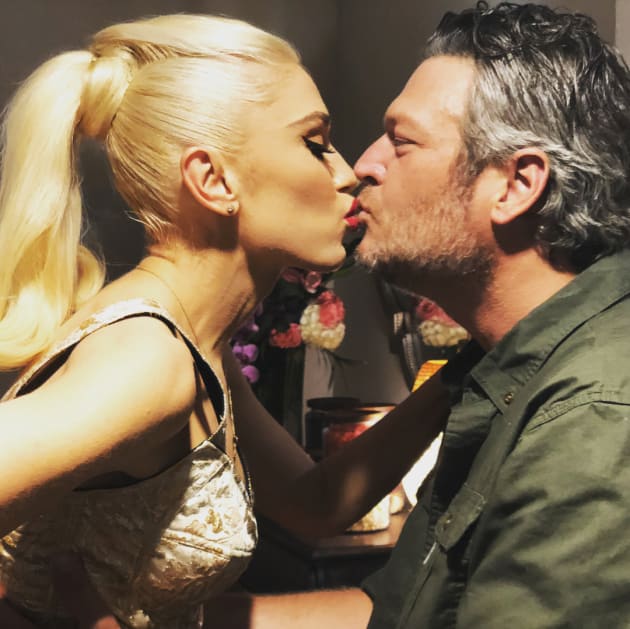 Though Gwen Stefani admits she was too traumatized to marry Blake Shelton at first, things are looking better and better.

A new report says that this unlikely pair may announce their engagement any day now.

When they do marry, there’s one thing about their nuptials that we know for sure.

According to Us Weekly, Gwen Stefani and Blake Shelton could be coming forward with good news in the very near future.

The two of them “are going to be announcing their engagement very soon,” the insider reveals.

That is incredibly exciting news for the couple and for fans of the couple.

“Blake has always wanted to marry Gwen,” the source continues.

“But she’s always been extremely cautious,” the insider admits. “Because she has three kids to be mindful  of.”

Us notes that, when the time finally comes for Gwen and Blake to walk down the aisle, Gwen’s kids will likely be involved.

Well, they are of course the center of Gwen’s world.

But also, they have reportedly grown incredibly close to Blake.

“Having them around is … I don’t even know how to describe it,” Blake previously said of the boys.

Blake is not the only one of the couple who has openly and giddily gushed about their relationship.

In April of 2018, Gwen admitted that she thinks about marrying Blake all of the time.

Ellen DeGeneres may occassionally experience unfortunate lapses in judgment, but she was great at needling Gwen for information.

Gwen refused to either confirm or deny that she and Blake were getting married.

It appears that she enjoys the uncertainty of it all, because she said that confirming things either way would make it official — for better or for worse.

Are she and Blake finally ready to crack?

Whether or not they tie the knot in the super near future, multiple reports say that she and Blake want to have a child together.

“Blake wants his own child,” an insider says.

According to the source: “They’re determined.”

They’re aware of Gwen’s age (she’s not old and she’s gorgeous, but by an obstetrician’s standards, she is way tf too old to be safely popping out babies).

But the two have looked into the idea of getting a surrogate. They could certainly afford one.

Whether it’s a traditional surrogate or a gestational carrier, that’s a very viable option if these two choose to go that route.

Obviously, whether to get married is their choice, and so is whether to have additional children.

The same is true of when they decide to do either.

It is 2019. Marriage can be profoundly meaningful to people, but not everyone wants a piece of paper and a loop of metal to signify their love.

Given how messy Gwen’s divorce from Gavin Rossdale was, and how young her son Apollo is, we can understand her hesitation.

She and Blake are happy together right now.

Why mess with perfection?