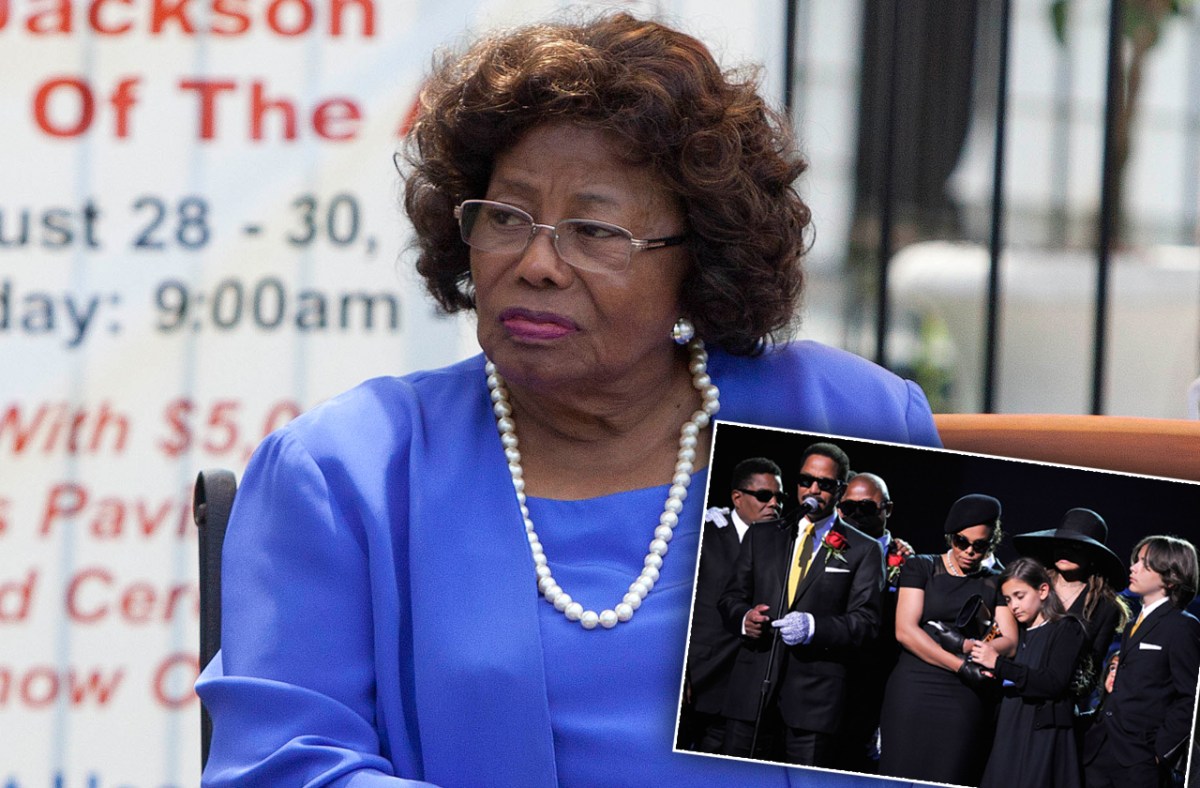 Don’t stop until you get enough!

Katherine is in “dire condition,” a source exclusively told RadarOnline.com. “Now everybody in the family is jockeying for position!”

Although a rep denied it, two family insiders claimed the great-grandmother has suffered from excruciating headaches, leading to a hospital visit in late summer.

“Her doctor thought she had a stroke,” an insider said.

According to another source, Katherine remained hospitalized for about a week.

PHOTOS: Frail Katherine Jackson Gets Pushed In A Wheelchair As She Faces Her Last Days

“More tests were conducted to see if her condition might be something even more serious — like a brain tumor,” explained the source.

The family insider said docs discovered a golf ball-sized growth in Katherine’s brain and declared she must undergo surgery as soon as possible.

As Radar reported, Katherine was rushed to a hospital in April after a terrifying health crisis left her struggling to see and speak.

Her condition has deteriorated even further since the June death of her estranged husband, Joe.

Now, sources said, her kids are elbowing each other to ensure they get their slice of the pie before — and after — Katherine dies.

“Some of those people want her to live so they can stay on the gravy train,” a source said. “Others would like to see her go, thinking they’ll get even more from her estate!”