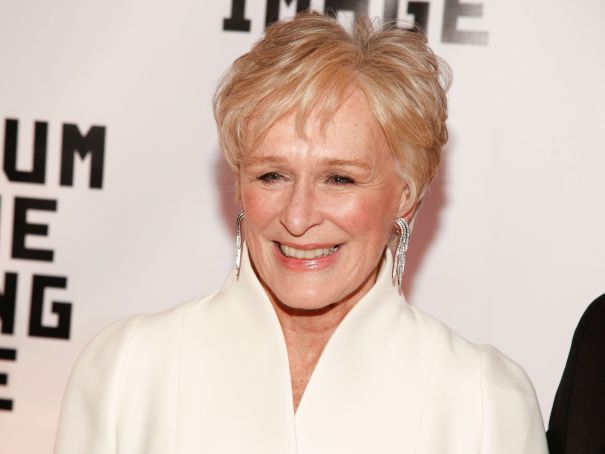 Before Glenn Close could portray the title character in The Wife the actress had to win over a true skeptic — herself.

“The biggest challenge was for me to understand why she never left him,” Close said of Joan Castleman, the long-suffering parter of a vain novelist. “In answering that question I really got to an understanding of the character. But that was what I was worried about in the beginning. I was worried that all the women who saw the movie would just say, ‘Ugh, just leave him.’ But it was much, much more complicated than that.”

Close got her 15th career Golden Globe nomination on Thursday for sticking with the role in director Björn Runge’s drama, which is based on the Meg Wolitzer bestselling novel of the same title. Close acted opposite Jonathan Pryce who she hailed for his talent as well as his temerity.

“He had the courage to come in and play the husband in a movie called The Wife,” Close said Thursday with a chuckle. “I will always love him for that. I might not be talking to you today about this nomination if it hadn’t been for all the things he gave me throughout. You can’t have a movie called The Wife without a husband somewhere.”

The work was challenging for the tandem throughout the production, Close said. The success of the movie may hide on it’s tonality which set aside the novel’s biting commentary to sculpt a relationship that was more balanced in its portrayals.

“The relationship has a lot of nuance to it in the end,” Close said. “Finding out all that about the aspects of their relationship opened things up and ultimately I think we really got it, we got the relationship on the screen. For me the hard part was trying to trace her emotional journey and understand how they’ve had this long marriage despite this situation they’ve fallen into.”

As for the future, Close said progress is “inching closer and closer” on a big-screen adaptation of the Andrew Lloyd Webber musical Sunset Boulevard. Close has portrayed Norma Desmond in two productions of the show, one in the 1990s and then another in New York last year.

“The version we did in New York last year was quite different and it opened up a lot of people’s eyes I think,” Close said. “The story is just brilliant. She’s one of the great characters ever written. If I have the privilege of doing that on film that would be thrilling to me. I’m fascinated by the challenge of putting something on film that originated on the stage. It’s tricky proposition.”

Close said the Sunset Boulevard project is still an unpaved road but she hopes it gets the green light that would keep it moving toward reality.

“I don’t know if I even should be talking about it but I think we have a great team forming and I have my fingers crossed,” Close said. “I hope it happens. It’s just a delicious feast of a story.”