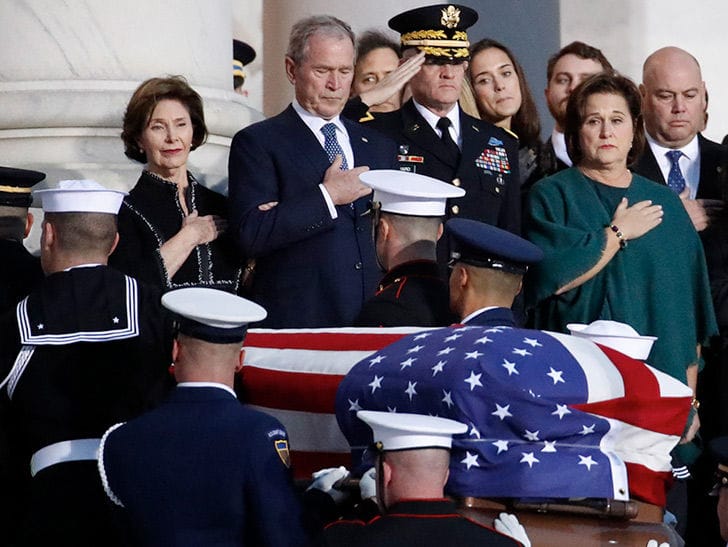 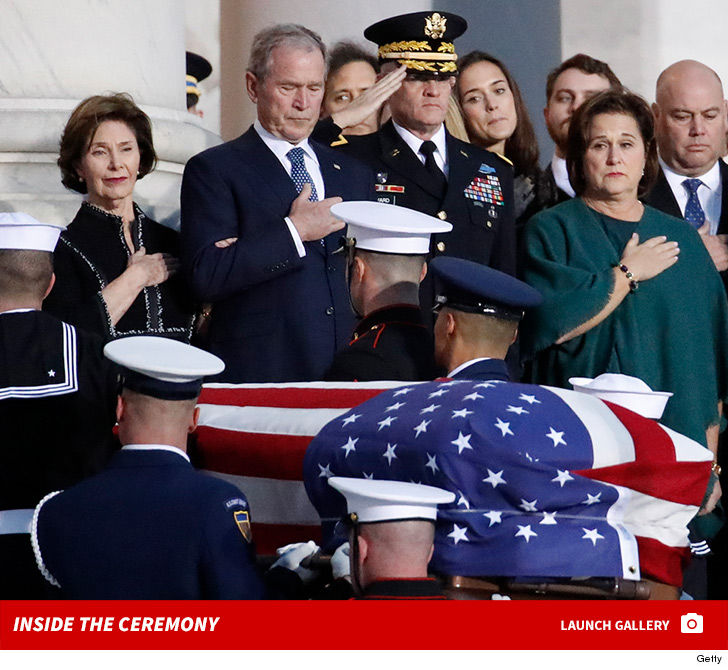 George H.W. Bush is being honored by Washington, D.C.’s biggest power players — past and present — as a week-long memorial gets underway.

The State Funeral for our 41st President was held Monday in the Capitol Rotunda and the attendees included H.W.’s veep Dan Quayle, Dick Cheney, Colin Powell and Speaker of the House Paul Ryan.

His son, 43rd Prez George W. Bush was there and seemed to be choking back his emotions at times.

Monday’s ceremony is the start of a week of remembrances for the former Prez, whose body will lie in state until Wednesday — so there’s sure to be a steady stream of dignitaries coming to salute him.