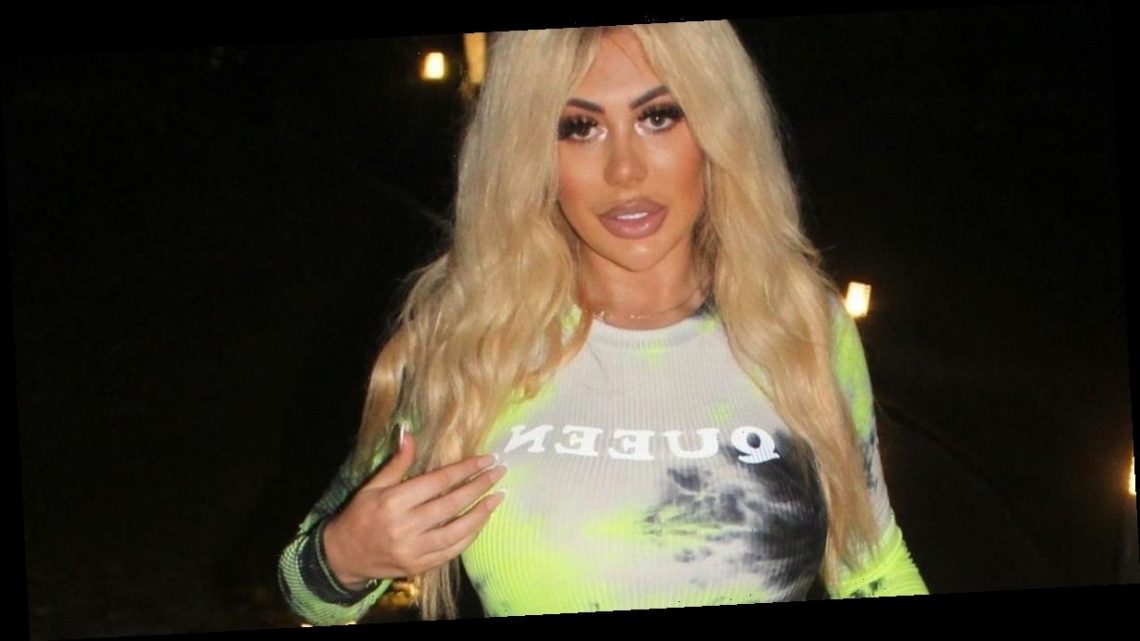 Blonde bombshell Chloe Ferry has been snapped in a super skimpy outfit ahead of a night out on the town.

The Geordie Shore star, 24, stepped out in a neon green tie-dye style dress shortly after returning from her Thailand break.

Glammed up and oozing sex appeal, Chloe showed off her sexy curves in her tight 'Queen' dress and knee high white boots.

The reality star was spotted out in London last night as she joined the cast of the new Celebrity Ex On The Beach for a VIP screening at London's Curzon in Soho.

She left little to the imagination as she joined the cast members Georgia Harrison, Ellie Brown and Joey Essex for the screening ahead of the 11th series' premiere that evening.

The Geordie star arrived back in Newcastle last week after ringing in the New Year in Thailand amid claims she has reconciled with her on/off boyfriend, Sam Gowland.

The pair had been careful not to show each other on their respective Instagram accounts, but were outed by friends who had joined them on the group getaway.

Chloe’s latest look comes after an exciting start to her 2020.

She took to Instagram on Monday to give her 3.4 million followers a tour of her brand new house.

Taking to Instagram to share a picture of her lavish new house, Chloe posed gleefully in front of her new purchase in a pair of black Adidas leggings and a crop-top which showed off her toned midriff.

Alongside the candid snap, Chloe wrote the cryptic caption: "Left a lot of things in 2019 but I’m so ready for 2020 welcome to my new home."

Before the big reveal, Chloe teased a “exciting thing to show” her 3.4million followers on her Instagram story.

She later shared a video of the outside of her new the white and grey abode with a paved driveway and garage.