The iconic Kiss band member is on Team Britney, as he said her family should have ‘no say regarding her finances.’

Britney Spears found an unlikely ally in Gene Simmons after the iconic Kiss band member threw his support behind the pop star amidst her legal drama with her family. After it was reported Britney’s father Jamie Spears requested the “Toxic” singer to sit down for a deposition following her claims he took millions of dollars from her during her conservatorship, Gene fired up his Twitter on Friday (January 28) to respond.

“Ok. Not usually an area I comment on. But here goes. @britneyspears earned her money the hard way — she worked for it…No one, including parents and family should have any say regarding her finances. Period,” the 72-year-old legendary rock star wrote.

The call for the deposition was first reported by TMZ, where emails from Jamie’s lawyer to Britney’s lawyer obtained by the outlet read, “We write to advise that we intend to depose your client and would like to discuss a mutually agreeable date to conduct the deposition.” Sources told the outlet that the deposition would be wide-ranging and mostly likely go down sometime in late March. 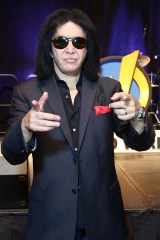 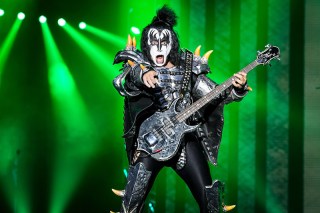 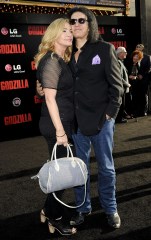 The 40-year-old singer’s lawyer Mathew Rosengart wants to hear what Jamie has to say as well, as he filed documents claiming Jamie and his legal team siphoned millions of dollars from Britney throughout her 13-year conservatorship. In the court papers, obtained by HollywoodLife, Britney’s attorneys claim that over $36 million was taken from Britney. The filing alleges Jamie took over $6.3 million for himself, and the other $30 million went to lawyers and legal fees. The most recent payment to the Jamie was a 2020 payment of almost $200,000.

Meanwhile, Britney’s sister Jamie Lynn Spears, who has been in a bitter public feud with the pop star, claimed she tried to warn her older sister about the shady practices of one of her court-appointed attorneys, Samuel D. Ingham, and shared the texts she allegedly sent the singer back in 2020. It’s unlikely Britney will appreciate Jamie Lynn’s alleged move, as she recently called her younger sister “scum” for “lying” in her recent tell-all book.

'Doomsday' cult mom Lori Vallow 'was convinced husband was EVIL DEMON and she was immortal being,' book reveals