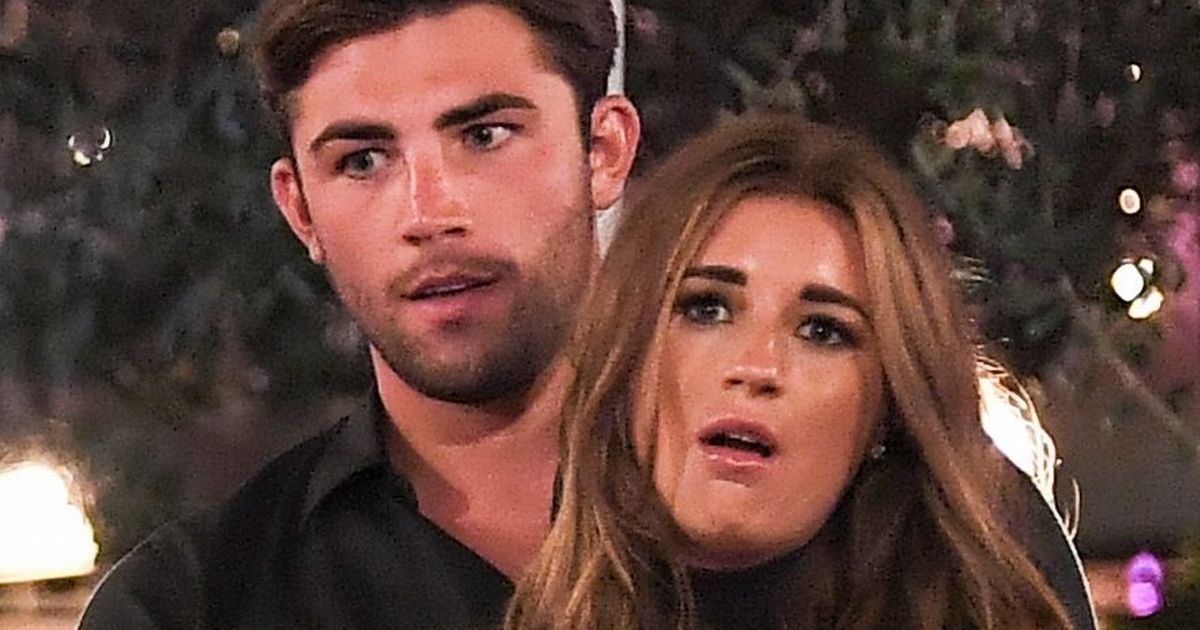 Dani Dyer has hit back over claims she and Jack Fincham are only together for money and publicity.

The Love Island winners, who last week announced they’d split after just six months together, have since reunited and have been busy sharing snaps and videos of their rented home together.

And, after they were accused of getting back for fame, Dani has responded with a loved-up snap of her and ex-pen salesman Jack.

Taking to Instagram, Dani wrote: "Just want to put all comments to bed. All I can say is I’m still 22 trying to get my s**t together and grow into a woman but doing it in the public eye is sometimes hard and scary. "But arguments are arguments and I love him. I can only please people who want to be pleased and I am having to learn that opinions are just opinions. Hope everyone can understand that i am just a normal girl."

Dani’s nan Chrissie Dyer has also stood up for the young couple on Twitter, telling followers she is "f**king furious" about the speculation surrounding them.

"I don’t know if you have noticed but her clothing range is doing well and she has lots of projects coming up, including a book.

"I may get thrown off of Twitter but I don’t care. I am incandescent with rage," she added. Proving the sassy genes run strong in the Dyer family, Dani also took to Twitter to knock one of her critics down a peg or two.

"I’m quite normal, I wouldn’t announce breaking up with my partner then swiftly delete it after. Maybe you should of confirmed when everyone was asking? And bore off? Are you 10?" the follower asked.

Dani hit back: "Confirmed what? What do I owe anyone other than myself? Focus on your own relationship."

Jack himself opened up about their rocky relationship this week.

Referencing their reported rows, he admitted they were no stranger to a barney, but insisted: "If Dani and I have an argument, 10 minutes later we’re laughing together!" And he admitted fame has made him feel like he’s got no-one to confide in anymore.

"I’m always really open and I’ll chat to anyone and let them know how I’m feeling. But now I wonder if I can tell someone about how I’m feeling because of what they might do with that information," he told Now magazine.

It comes after Dani confirmed their separation on her Instagram stories, writing, "Jack & I have sadly decided to part ways.

"It’s been an incredible 6 months, and we will always have a place in our hearts for each other, but sadly we’ve come to the realisation that it’s not meant to be long term." She added: "We both plan to stay friends. I hope you’ll all understand."

Days later, her EastEnders star dad Danny Dyer announced they hadn’t really split and hinted that Dani had dumped Jack to ‘teach him a lesson’.

“I just want to put something to bed. Dani hasn’t split up with jack, that’s all b******s, that is," he told The Jonathan Ross Show.

"I’m just saying she got a little bit irate, screaming and shouting, the ultimate way to punish him maybe.

"I don’t know what was going on but I can tell you now, they’re sweet."

Geminid Meteor Shower 2018: Where and when to watch it peak tonight