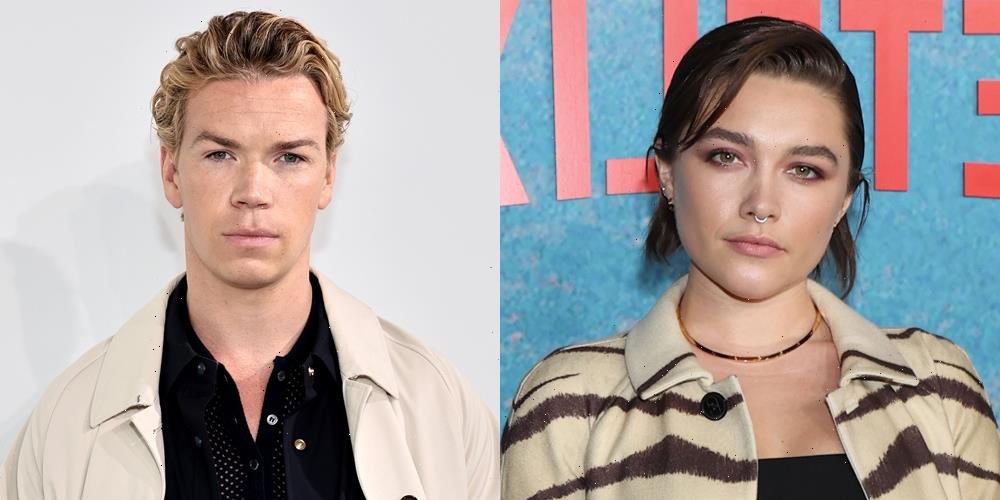 Florence Pugh is responding to rumors swirling on the internet that she is now dating Will Poulter.

The 26-year-old actress and the 29-year-old actor, who actually co-starred in Midsommar together, were seen having fun at the beach this week and the photos went viral.

Florence and Will were mostly only in the photos together, but they were also joined by a couple of friends, who can be seen in some images.

After all of the talk about what is going on between them, Florence took to Instagram story on Tuesday (May 24) to clarify.

“Ooookay. Man. This is getting a little silly now,” Florence started out. “No, Will Poulter and I are not dating. We went to the beach with our friends, who are always about half a metre away from us in every picture, but have been cleverly cut out/ framed out so that it looks otherwise.”

“You can LITERALLY see my best friend in the corner of so many shots and Archie’s arms at the sides,” she continued. “I understand that the nature of this job is that you sometimes get your privacy completely bulldozed by paparazzi, but to fabricate this stuff actually does more damage than good. Thanks for saying we look sexy… doesn’t mean we’re doing the sexy.”

Florence, who has been dating actor Zach Braff for quite some time now, then also shared photos of their other friends who were at the beach with them.

“Probably can see the pap in the distance.. hiding behind some poor family, waiting for the optimum time of ‘let’s make a fake relationship’ happen. Grosssssss,” she wrote with one photo.

“Here are the boy son their bed. Enjoying their private time. Soaking up the sun. Enjoying their no drama holiday,” she added with another photo, of Will and Archie Madekwe.

If you didn’t know, Florence and Will are also part of the MCU. She’s played Yelena Belova in Black Widow and Hawkeye, while Will has been cast in Guardians of the Galaxy Vol 3!