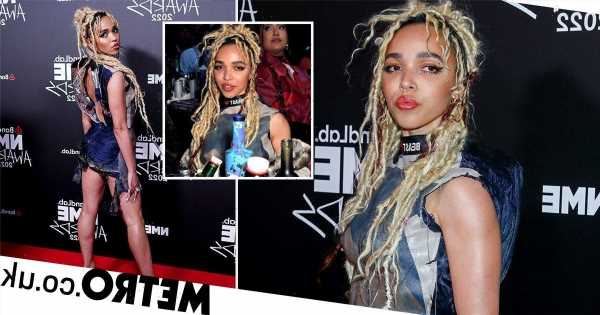 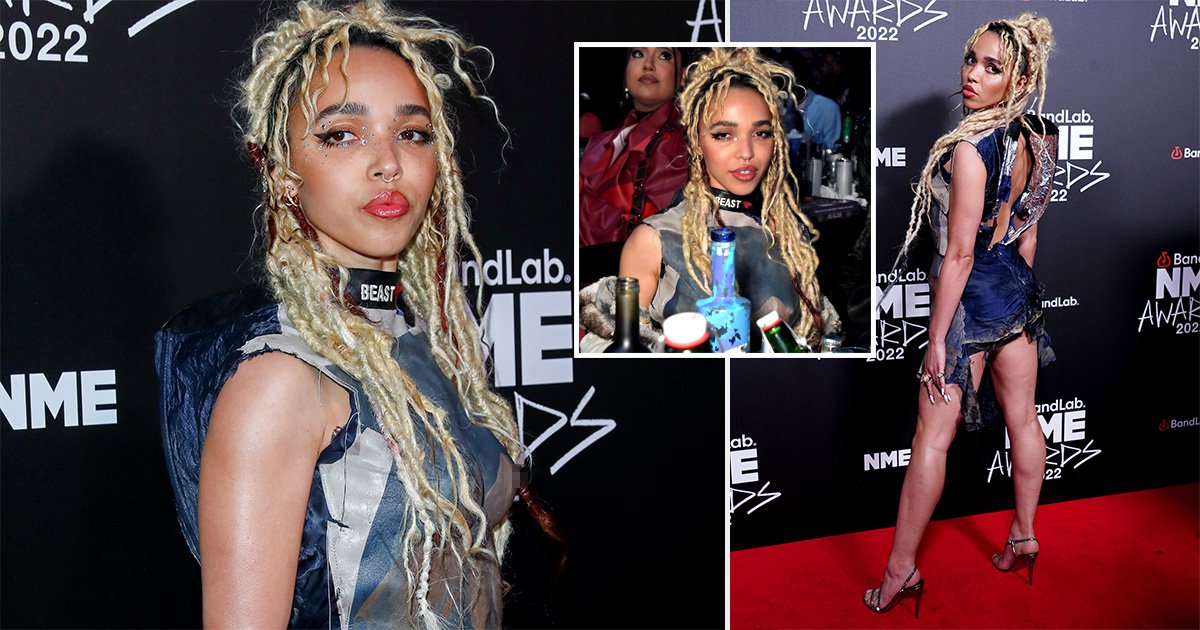 FKA twigs made sure all eyes were on her at Wednesday night’s NME Awards by wearing a see-through sheer grey dress – and we want to know where we can get one.

The 34-year-old Two Weeks singer was among the world-famous musicians attending the ceremony at London’s Brixton Academy, with the likes of Leigh-Anne Pinnock and Ellie Goulding also in attendance.

twigs– real name Tahliah Debrett Barnett – looked powerful as she stepped onto the red carpet in her partially transparent mini dress, which appeared to show off her chest.

The artist, who has already been announced as the latest recipient of the music magazine’s godlike genius prize, placed her right hand on her hip as she posed for photos.

Elsewhere, Little Mix star Leigh-Anne, who welcomed twins in August with her footballer fiancé Andre Gray, wore for a white two-piece suit featuring a matching crop top and styled her hair in pigtails.

Love Me Like You Do hitmaker Ellie posed for the cameras wearing a white pant suit and a blazer with a glittering lapel.

Meanwhile, Love Island host Laura Whitmore opted for a Latex-style one-piece with shoulder pads, which she matched with black stilettos.

Pop star Mabel made a surprise appearance alongside her mother, Swedish singer Neneh Cherry, and the pair posed for photos together.

Sam Fender, Griff and Bring Me To The Horizon are among the acts scheduled to take to the stage during tonight’s ceremony.

The annual event, which first took place nearly 70 years ago, is this year being hosted by actress and comedian Daisy May Cooper and rapper-presenter Lady Leshurr.

Speaking on the red carpet, Bring Me To The Horizon frontman Oliver Sykes discussed the band’s recent performance of Bad Habits with Ed Sheeran at the Brit Awards.

‘We got an email from his manager saying this is a mad idea but we think it might be cool if you guys played on Bad Habits and play it at the Brits Award ceremony,’ he told PA. ‘And we kind of just said “Yeah all right”.’

‘We didn’t think about it, to be honest,’ he continued. ‘We just said yes. It is a crazy opportunity and we like to do stuff like that, challenge ourselves.

‘I reckoned we could make the song sound decent. It came really easily. It sounded like a vibe when we were soundchecking it.’