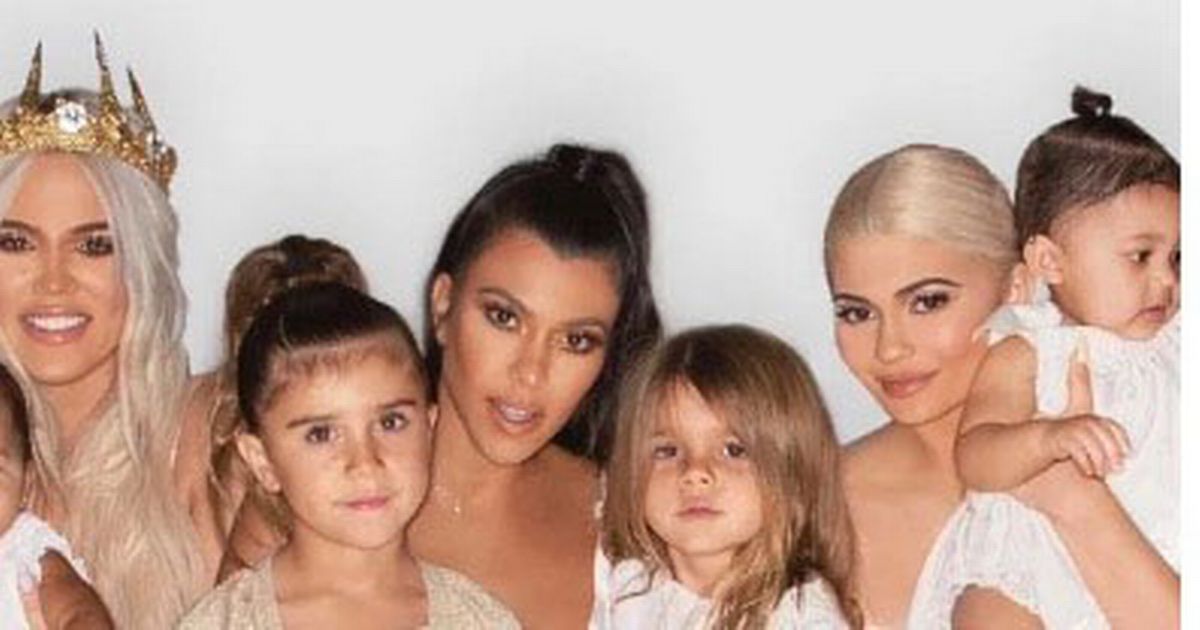 The Kardashians have been ridiculed over their crowded Christmas group photo with fans savaging the image and accusing the reality stars of employing bad photoshop skills to bring the family together.

Earlier in the week, the Keeping Up With The Kardashians stars shared a giant group photo showing many of the cast sat together on one giant sofa.

While initial reaction highlighted that some of the family – including overlord Kris Jenner and model daughter Kendall Jenner – were absent, upon closer inspection, other fans have started to question the authenticity of the image.

The shot shows Kourtney, Kim and Khloe Kardashian, as well as their half sister Kylie Jenner, grouped with their various offspring.

But fans dissecting the photo on Reddit are convinced that the family have cobbled the group shot together from a number of photographs.

Many fans have pointed out that it looks like Khloe’s foot has been copied and pasted onto the legs of her younger sister Kylie.

“Khloe’s feet have been copied, flipped, and pasted onto the bottom of Kylie’s pant legs,” one fan wrote as a debate over the image raged.

“Why would they photo shop feet?” another fan asked, in disbelief.

Others also felt that it looked like some of the clan had been photoshopped in from a different photo shoot.

“Khloe looks like her head was photoshopped in from a different picture with different lighting,” one fan accused.

While the image was resoundingly panned, one fan suggested the famous reality stars had been sold a bum deal for their festive image.

“It looks like something someone on r/photoshopbattles could have done and they likely paid thousands of dollars for this,” they added.