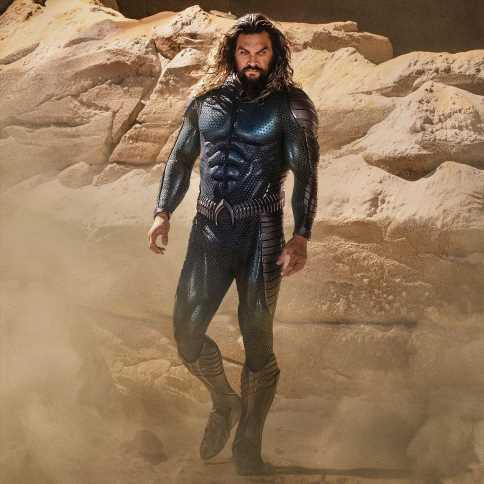 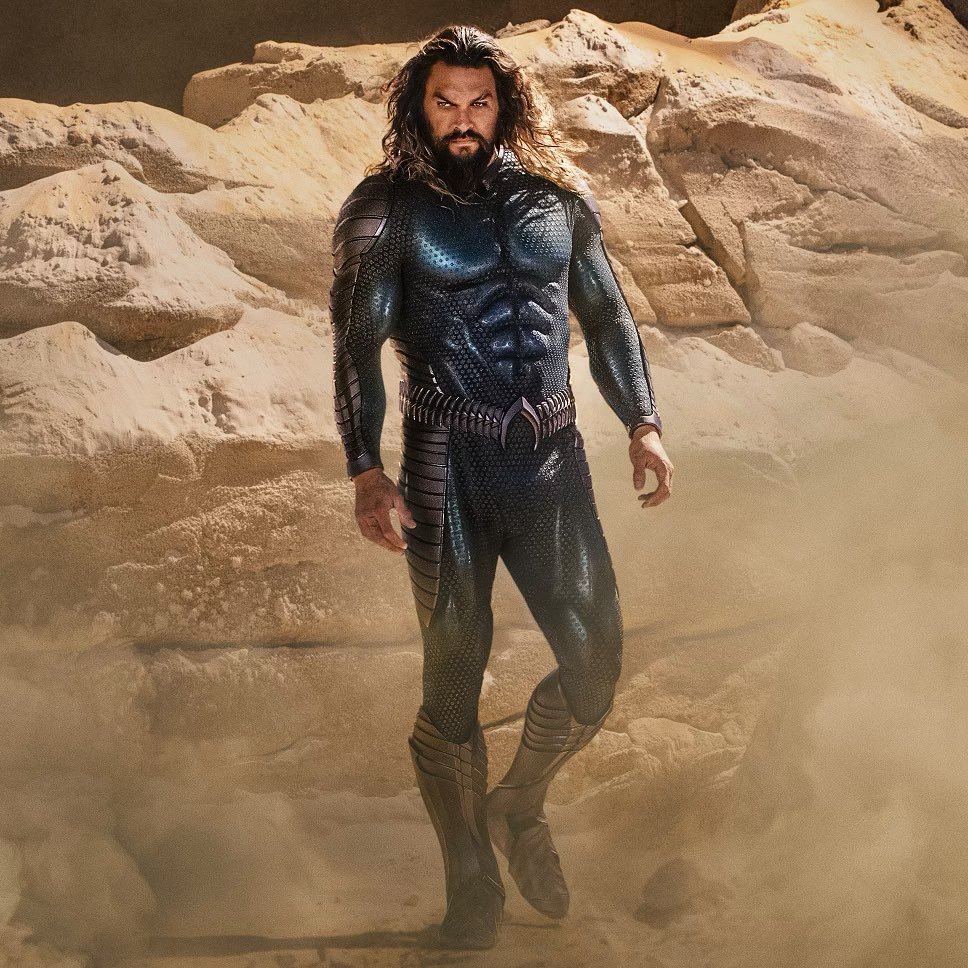 I’ve been impatiently waiting on the Aquaman sequel. Aquaman and the Justice League are two of my favorite franchises under the DC banner. I want to see Jason Momoa in a tight wet suit again. Filming for Aquaman 2 is underway. Aldis Hodge (Black Adam, out next summer) and Yahya Abdul Mateen II (Aquaman 2) have both posted shirtless photos from their separate workout sessions. I guess Jason decided that he needed to add to the DC thirst traps pics by posting a preview of his new Aquaman stealth suit. Below are a few details via Entertainment Weekly:

In an Instagram slideshow (and story) that opened showing the classic Aquaman suit, Momoa revealed the new suit on slide 2, which is deep ocean-blue, with platinum-colored armor.

Director James Wan also shared the images on his social account, revealing that the additional super-suit, called the stealth suit, was inspired by the comics version in the 1980s.

“Here’s @prideofgypsies in the classic #Aquaman suit AND a sneak peek at his other outfit — the stealth suit,” Wan wrote. “Atlantean tech based on cephalopod’s camouflaging ability. David Leslie Johnson and I were inspired by the 80′s ‘blue suit.’”

I liked that the director James Wan also posted the pics of Jason Momoa in the new suit. It definitely had people talking on Twitter about the midnight color of the suit. I am going to watch Aquaman of course, mostly to see my baes (in my head) Yahya Abdul Mateen II and Jason Momoa. I had not planned to watch Black Adam but after it was announced that bae #3, Aldis Hodge, was going to be in it, I am now on board. I likethe color of the new stealth suit. Something about the midnight blue makes it slightly sexy. I don’t like the shape of the new suit. It doesn’t play up Jason’s physique like the original suit. I personally can’t wait to see how the suit is used and what it is used for. And despite not knowing the DC canon as well as I know Marvel’s, I am looking forward to how they build the worlds in the new movie. Anyways, Jason looks hot in his stealth suit and I hope he is staying warm while frolicking around in the sea.