Home » Celebrities » Fancy that! Estate agent Amanda is one of The Traitors' top fibbers 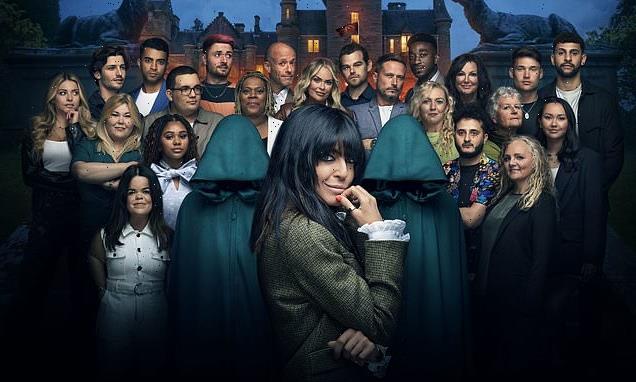 Fancy that! Estate agent Amanda is one of The Traitors' top fibbers

Every newspaper office has them, that couple who are sleeping together, or are maybe even married, and don’t let on.

They show no affection to each other, they barely speak.

They might share a bed but they won’t arrive for work in the same car. I knew one pair who feigned hostility so well, they wouldn’t look at each other — and then she got pregnant.

Maybe it’s just journalists or maybe it’s the same in every industry — I suspect the latter. It’s certainly true on The Traitors (BBC1), Claudia Winkleman’s addictive gameshow where contestants compete to eliminate each other without drawing attention to themselves. 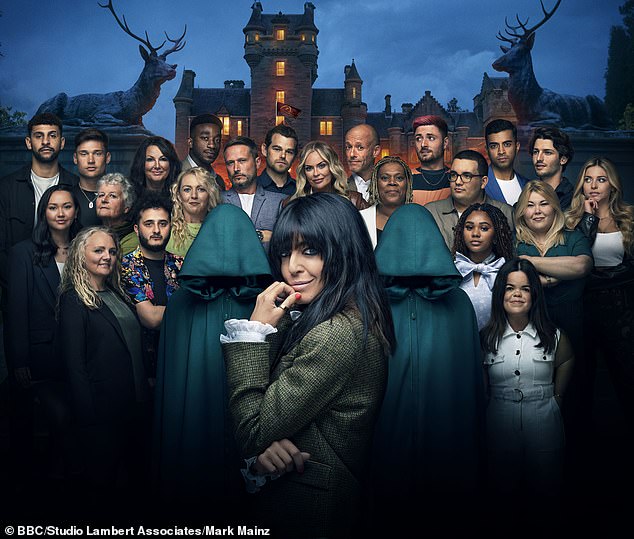 The Traitors sees 22 people taken to a castle in Scotland. They have a chance to win up to £120,000, but three of the contestants are ‘traitors’

The players are meant to be strangers . . . but actress Alex, 26, and magician Tom, 24, are telling no one that they’re in a relationship. Alex plays a singleton so well that one of her rivals, nice-but-dim Matt, is more interested in flirting with her than winning the money.

The Traitors is such a deliciously devious game that it will eliminate every shred of faith you have in human honesty. And after the Beeb’s lamentable recent forays into reality shows, such as Freeze The Fear and Unbreakable, it is also restoring my faith in TV’s ability to invent clever formats. This one has already been a hit in the Netherlands and it’s well polished.

It’s only real flaw is the padding — frequent aerial shots of the landscape. If the show was made with one eye on the overseas market (for sale to channels with lots of ad breaks), perhaps all the scenic filler is meant to be easily trimmed out.

Obsolete tech of the night

Reporter Jake (Ansel Elgort) in 1990s crime drama Tokyo Vice (BBC1) listens to messages from his sister in America, recorded onto cassette and played back on a Walkman. Is recent history really so archaic? It makes me feel like a walking antique. 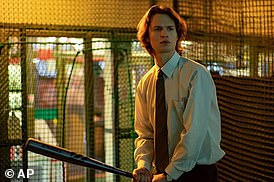 Ansel Elgort in Tokyo Vice, a series that explores the Japanese Yakuza

Claudia reveals the dark side of her lovable but eccentric persona from Strictly. ‘No hugging, that’s a different show,’ she barked, swaggering in tweed as the contestants arrived at a Scottish castle.

Three of the players are secretly ‘traitors’, assigned to ‘murder’ the others one at a time. But Claudia turned traitor herself before the game had barely begun, by ordering all 22 contestants to line up in order of who most or least expected to win the £120,000 prize.

The two chaps who modestly shuffled into last place soon had the self-deprecating smiles wiped off their faces. Claudia took them at their word and sent them straight home.

The psychology behind the deceptions is fascinating. One of the traitors, charity fundraiser Wilfred, 28, declared at the start that his job has taught him to be ’emotionally manipulative’.

As he picked the first victim to be dispatched (or handed a scroll to inform them of their demise) he evidently relished the betrayal of trust. So did 21-year-old Alyssa from Ireland, just 5ft tall, who said she detested being seen as a ‘good little girl’. The third traitor is estate agent Amanda, 54, who seems a practised dissembler — could it be something to do with her job?

They’re all utterly plausible. Even if you don’t usually enjoy reality gameshows, this cross between Cluedo and Big Brother is engrossing for the chance it supplies to spot liars at work. 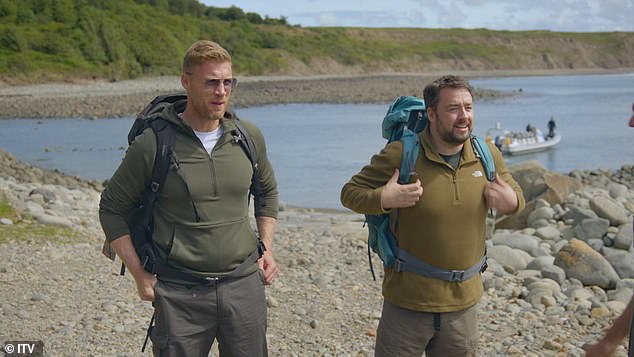 Freddie Flintoff and Jason Manford went on a camping holiday to North Wales for Freddie & Jason: Two Men In A Tent 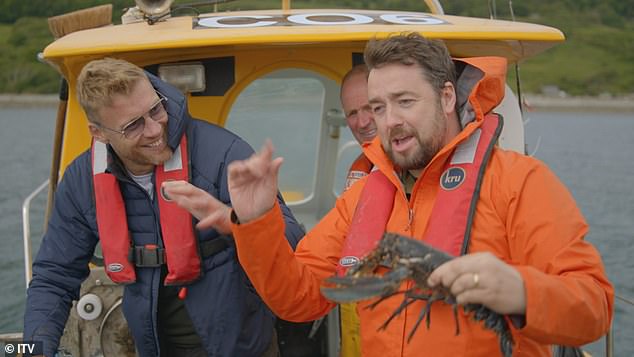 Less engrossing was the sight of former cricketer Freddie Flintoff and comedian Jason Manford sharing a half-hearted camping holiday in North Wales for no reason at all in Two Men In A Tent (ITV).

Scenic filler shots abounded and, in contrast to The Traitors, were the most interesting part of the hour.

Freddie and Jason went foraging for mushrooms (but didn’t cook them), ate seaweed (from a plastic pouch that a crew member had opened for them) and mucked around playing shepherds (even the dog didn’t take it seriously).

And they went wild swimming, because that’s obligatory on all celebrity travelogues now . . . even one as pointless as this.

Nothing flatters a woman like a deep V: It's the red carpet look