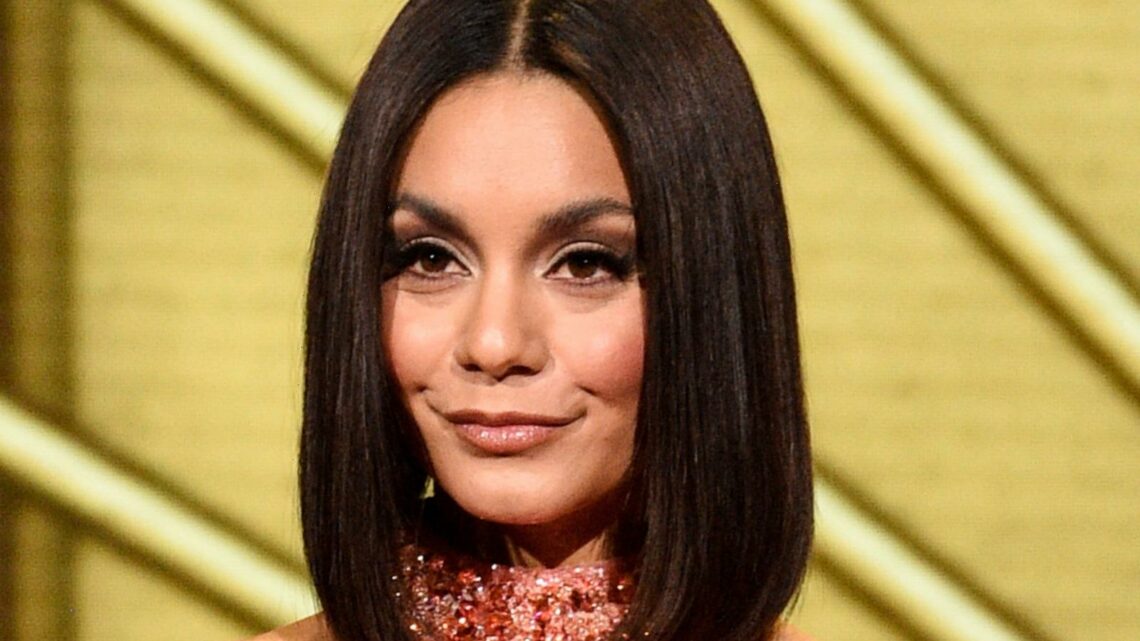 Everything We Know About The 2021 MTV Movie And TV Awards

The MTV Movie and TV Awards never fail to excite. Unlike just about every other entertainment award show, the MTV Movie and TV Awards celebrate the best performances and moments in both film and television as chosen by real voters. In addition to awards like Best Film and Best Performance, the MTV Awards also celebrate the year’s best characters, kisses, villains, fights, and couples. In other words, it’s the perfect chance to geek out over your favorite films and shows of the year.

Want to find out more about what to expect from this year’s MTV Movie and TV Awards? We’ve got you covered. Read on to find out everything we know about this year’s show.

When and where will the 2021 MTV Movie and TV Awards take place?

The 2021 MTV Movie and TV Awards are scheduled to take place on Sunday, May 16 at 9 p.m. ET/PT. The ceremony will be held at the Palladium in Los Angeles (via MTV).

Interested in watching the ceremony? The event will be broadcast live on MTV and VH1. The following day, you can watch the first-ever “Movie and TV Awards: Unscripted,” which will air on Monday, May 17 at 9 p.m. ET/PT on MTV.

Who will host, perform, and present at the 2021 MTV Movie and TV Awards?

You’ll always find plenty of familiar faces when watching the MTV Movie and TV Awards. MTV has just announced its host for 2021, and it’s none other than comedian Leslie Jones! Knowing the former “Saturday Night Live” star and host of the new “Supermarket Sweep,” she’s sure not to disappoint.

In 2020, Vanessa Hudgens hosted the online “MTV Movie and TV Awards: Greatest of All Time Awards” after the ceremony was canceled due to the pandemic (via Variety). Other previous hosts include Zachary Levi, Adam DeVine, Amy Schumer, Rebel Wilson, and Conan O’Brien.

MTV will announce the show’s presenters and performers closer to the date.

The awards for Best Movie and Best Performance in a Movie are two of the most coveted at the annual MTV Movie and TV Awards.

This year, the nominees for Best Movie are “Borat Subsequent Moviefilm” directed by Jason Woliner, “Judas and the Black Messiah” directed by Shaka King, “Promising Young Woman” written and directed by Emerald Fennell, “Soul,” a Pixar film directed by Pete Docter and Kemp Powers, and “To All the Boys: Always and Forever,” a Netflix film directed by Michael Fimognari.

The nominees for Best Performance in a Movie — which spans all genders — include Carey Mulligan for her portrayal of “Cassie” in “Promising Young Woman,” the late Chadwick Boseman as “Levee” in “Ma Rainey’s Black Bottom,” Daniel Kaluuya as “Fred Hampton” in “Judas and the Black Messiah,” Sacha Baron Cohen as “Abbie” in “The Trial of the Chicago 7,” and Zendaya as “Marie” in “Malcolm & Marie.”

In 2017, the MTV Movie and TV Awards — which were previously known as simply the MTV Movie Awards — added television to the mix of awards. This year, both “WandaVision” and “Emily in Paris” dominate the category, with five and four nominations respectively.

The nominations for Best Show include three Netflix dramas: “Bridgerton,” “Cobra Kai,” and “Emily in Paris.” Rounding out the nominees are Amazon Prime’s “The Boys” and “WandaVision” from Disney+.

And, who are the nominees for Best Performance in a Show? They include Anya Taylor-Joy for her turn as “Beth” in “The Queen’s Gambit” on Netflix, Elizabeth Olsen for her role as “Wanda” in “WandaVision,” Elliot Page for reprising his role as “Vanya” in Season 2 of Netflix’s “The Umbrella Academy,” Emma Corrin for her riveting performance as Princess Diana in Season 4 of Netflix’s “The Crown,” and Michaela Cole for her portrayal of Arabella in BBC’s “I May Destroy You,” a show she also wrote.

Who's up for Best Breakthrough, Comedic, and Frightened Performance at the 2021 MTV Awards?

Unlike most other award ceremonies, the MTV Movie and TV Awards honor a few very-specific types of performances in both movies and TV shows. The award show is known for such out-of-the-box categories as Best Breakthrough Performance, Best Comedic Performance, and Best Frightened Performance. Seriously, these much-needed categories is what makes this award show so much fun to watch.

As for the nominees for Best Comedic Performance, we’ve got Annie Murphy for “Schitt’s Creek,” Eric Andre for “Bad Trip,” Issa Rae for “Insecure,” Jason Sudeikis for “Ted Lasso,” and Leslie Jones for “Coming 2 America.”

And, get ready for the nominees for Best Frightened Performance: Elisabeth Moss for “The Invisible Man,” Jurnee Smollett for “Lovecraft Country,” Simone Brown for “Behind Her Eyes,” Victoria Pedretti for “The Haunting of Bly Manor,” and Vince Vaughn for “Freaky.” Okay, we’re getting excited.

The MTV Movie and TV Awards also includes categories for Best Hero, Villain, Duo, and Fight. So, who are this year’s nominees?

For Best Hero, we’ve got Anthony Mackie in “The Falcon and The Winter Soldier,” Gal Gadot in “Wonder Woman 1984,” Jack Quaid in “The Boys,” Pedro Pascal in “The Mandalorian,” and Teyonah Parris in “WandaVision.”

The nominees for Best Villain include Aya Cash in “The Boys,” Ewan McGregor in “Birds of Prey,” Giancarlo Esposito in “The Mandalorian,” Kathryn Hahn in “WandaVision,” and Nicholas Hoult in “The Great.”

For Best Duo, we have Kristen Wiig and Annie Mumolo in “Barb and Star Go To Vista Del Mar,” Anthony Mackie and Sebastian Stan in “The Falcon and the Winter Soldier,” Pedro Pascal and Grogu/Baby Yoda in “The Mandalorian,” Lily Collins and Ashley Park in “Emily in Paris,” and Sacha Baron Cohen and Maria Bakalova in “Borat Subsequent Moviefilm.”

The nominees for Best Fight include the Final Funhouse Fight in “Birds of Prey,“ the Finale House Fight in “Cobra Kai,“ Starlight, Queen Maeve, Kimiko vs. Stormfront in “The Boys,” Wanda vs. Agatha in “WandaVision,“ and Final Fight vs. Steppenwolf in “Zack Snyder’s Justice League.”

Who are the MTV Movie and TV Awards' nominees for Best Kiss?

Over the years, the MTV Award for Best Kiss has become one of the most famous of the MTV Movie and TV Awards. This is largely because the winners of the Best Kiss category traditionally recreate their onscreen smooch on stage in front of a screaming audience. This has led to some iconic moments, such as the 2005 onstage kiss between Rachel McAdams and Ryan Gosling for “The Notebook” and the 2000 kiss between Sarah Michelle Gellar and Selma Blair for “Cruel Intentions.”

This year, a few of the nominees promise to result in a steamy onstage kiss yet again. The nominees include Chase Stokes and Madelyn Cline in “Outer Banks,” Jodie Comer and Sandra Oh in “Killing Eve,” Lily Collins and Lucas Bravo in “Emily in Paris,” Maitreyi Ramakrishnan and Jaren Lewison in “Never Have I Ever,” and Regé-Jean Page and Phoebe Dynevor in “Bridgerton.” We can’t wait to see one of these steamy kisses recreated on stage!

These are the nominees for the MTV Movie and TV Awards: Unscripted

Some of the most nominated shows include “RuPaul’s Drag Race,” “Tiger King,” “Unsolved Mysteries,” “Love Is Blind,” “Bling Empire,” “90 Day Fiancé,” “Legendary,” “Love & Hip Hop: Atlanta,” “Nailed It!,” “Ridiculousness,” and “The Challenge.” Some of our favorite reality stars like Addison Rae, Bretman Rock, Charli D’Amelio, Jalaiah Harmon, and Rickey Thompson are also up for awards this year. Get ready!

CategoryCelebrities
Tags2 about everything Know the We

The Repair Shop location: Where is it based and who pays for the repairs? – The Sun