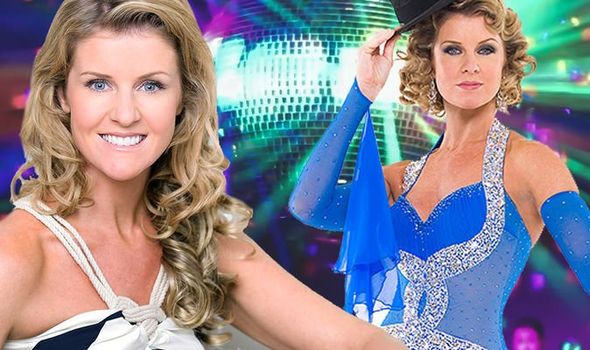 What a week! First Robert Webb left due to ill health and then Ugo Monye can’t dance tonight because of back problems. But despite the drama, Shirley Ballas will be, as ever, serenity personified. Have you ever wondered how pint-size Shirley manages to measure up to her fellow judges? Well, I can let you into a secret: Queen Shirley sits atop four cushions – red velvet of course as befits the head judge – piled on top of one another.

Movie week is always a spectacular affair but what the viewers at home don’t see is the backstage crew dismantling each set and restaging it for the next one, and wiring up a dancer like John Whaite for his Pirates of the Caribbean routine – in minutes.

I can reveal another backstage secret this week. For his Rumba, Adam Peaty’s blue Avatar body painting was the longest preparation the make-up department has ever done – six and a half hours! I think he was great and the marking was harsh. This week he’s got the first Argentine Tango of the series, but I know with his professional background he can pick himself up.

Dan Walker really needs to improve his frame and recover more quickly. He is dancing the Cha Cha Cha to MC Hammer which is going to be hard for him with those long limbs. Sara Davies did really well and is back to the ballroom this week with a Tango, and that’s what she does best.

AJ Odudu with her American smooth was such a dramatic routine I wished I was dancing it. Most celebrities dread the Samba which AJ has this week but she will be a force to be reckoned with. Then we come to Rob – his departure changes the whole dynamic.

It puts pressure on the weaker couples to work extra hard to knock the good couples out – those being AJ, John, Rhys Stephenson and Rose Ayling-Ellis. Greg Wise’s Paso Doble to James Bond had plenty of strong lines but he looked stiff so a Samba tomorrow will be his toughest challenge yet.

Tilly Ramsay’s Jive was brilliantly choreographed but she made mistakes. This week she has the Paso Doble so she needs to show competence because the competition is fierce – not least from Rose whose Foxtrot to Titanic was exquisite. It actually brought a tear to my eye. She has the Cha Cha Cha this week and will need strong leg action.

Rhys’s freestyle was tremendous – Hip Hop at his best. He will be on fire again with the Samba tonight which is a great platform to take him to the top of the leaderboard. Tom Fletcher’s Jive was full of high kicks and flicks and he’ll be doing his first ballroom dance tonight with the Foxtrot classic, Fly Me To The Moon.

I expect great things – and I suspect I won’t be disappointed. John’s Paso Doble was like a mutiny on the dance floor but there’s a change of control needed for their American Smooth Foxtrot tomorrow night. Can they pull it off?

Judi Love survived the dance-off, which saw Katie McGlynn eliminated, with a polished Charleston. She needs to show that she deserved to stay with her Waltz tonight. I predict Greg and Judi will be in the dreaded dance-off. And I am really nervous about Dan. The three of them are in trouble and are going to need all the public votes that they can get.