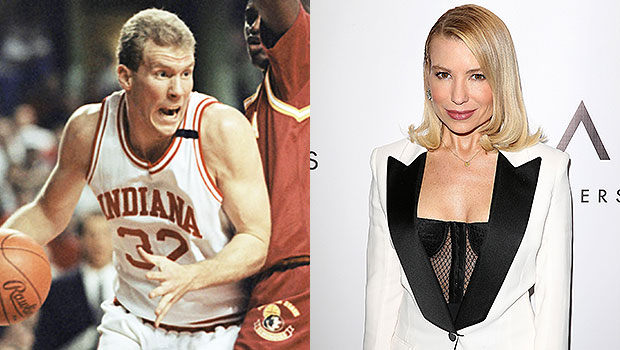 Celebrity trainer Tracey Anderson’s ex-husband was tragically found dead in his apartment on Dec. 9. Here’s what we know about the late basketball player.

Tracey Anderson‘s ex-husband Eric Anderson, 48, passed away of “cardiac-related” natural causes, according to IndyStar. The basketball player had reportedly been suffering from pneumonia, which can cause cardiac problems, so when his sister didn’t hear from him for days, she called the cops. “She thought that was odd because he was fighting some type of illness,” Carmel Lt. Joe Bickel said. Eric was found dead in his apartment on Sunday, Dec. 9 when the police showed up for a welfare check. We’ve got all the details about the late basketball player below.

1. Eric had a successful collegiate basketball career. Tracey’s ex played at Indiana University from 1998 to 1992 after graduating from St. Francis de Sales High School in Chicago and was a standout Hoosier. Not only was Eric a four-year starter named the 1989 Big Ten Freshman of the Year on a conference title team, but he was one of only six people in the college’s history ranked top-15 all-time in both scoring and rebounding. He was even named the 1992 NCAA Tournament West Regional’s Most Outstanding Player. Clearly, Eric knew his way around a basketball court!

2. He and Tracey were married for a decade. Tracey and Eric Anderson tied the knot in 1998 and were divorced ten years later. During their relationship, the two had a son together. Sam, who is now 20 years old.

3. He had a funny nickname. Eric was tall, but that’s no surprise for a basketball player, right? He was six feet and nine inches, which is why some of his teammates referred to him as “Big E.”

4. Eric played for the Knicks. After his super successful college basketball career with the Hoosiers, Eric moved on to the New York Knicks. He played for the NBA team during the 1992-1993 season.

Get the Exact Blazer Kate Middleton Loves So Much, She Has It in Navy and Olive
World News