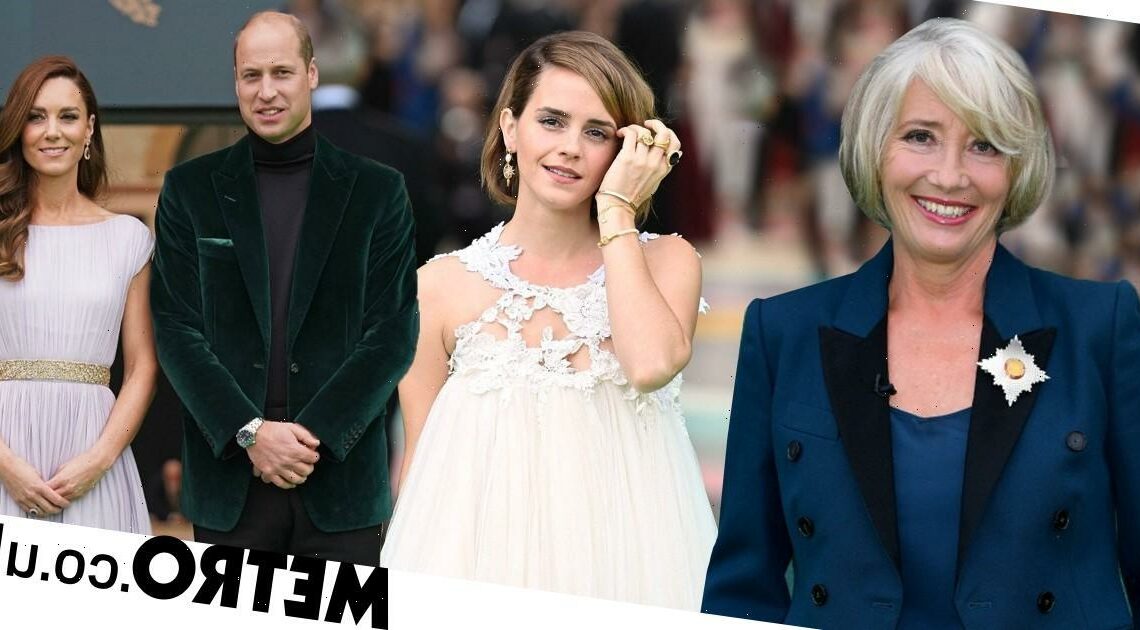 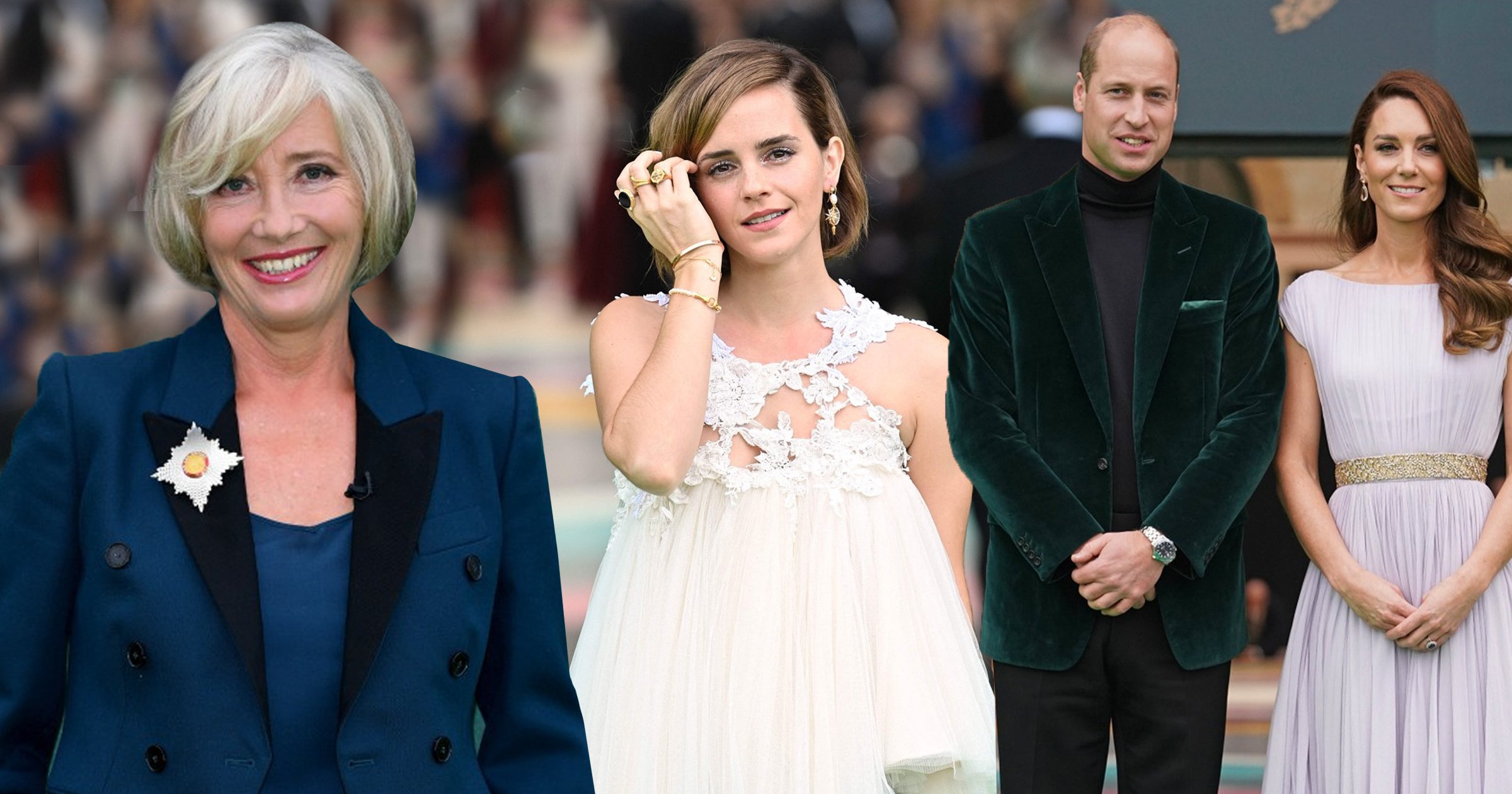 Emma Watson led the way at a green carpet with a difference, donning a recycled outfit for the Earthshot Prize ceremony, held at London’s Alexandra Palace.

The Harry Potter actress was joined by hosts Prince William and Kate Middleton, as well as Dame Emma Thompson, Dermot O’Leary and presenter Clara Amfo, for the bash.

She kept to the environmental theme, donning a white gown which was made up of 10 dresses from Oxfam.

Dame Emma, who also appeared in the wizarding franchise, opted for a blue suit on the night, completing the look with a matching blue top and white shoes.

Dermot O’Leary was another star who got the suit memo, and was pictured in a black tuxedo beside wife Dee Koppang, while Clara Amfo wowed in a white patterned blazer and trouser combo.

The Duke of Cambridge took inspiration from Daniel Craig’s pink velvet suit at the recent No Time To Die premiere, choosing a dark emerald velvet jacket of his own, coupled with dark trousers dnd a polo neck.

Kate Middleton looked radiant as she rounded out the arrivals in a simple white, floor-length Alexander McQueen gown from 2011.

Prince William launched his prize to find solutions to the planet’s environmental problems, with Sir David Attenborough and actress Cate Blanchett among the judges.

A short film pre-recorded in the London Eye will play during the ceremony, with the Royal informing the audience: ‘We are alive in the most consequential time in human history.

‘The actions we choose or choose not to take in the next 10 years will determine the fate of the planet for the next thousand.

‘A decade doesn’t seem long, but humankind has an outstanding record of being able to solve the unsolvable.

‘Many of the answers are already out there… but we need everyone – from all parts of society – to raise their ambition and unite in repairing our planet.

‘The future is ours to determine. And if we set our minds to it, nothing is impossible.’

The Earthshot Prize: Repairing Out Planet will air tonight at 8pm on BBC One.