Emma Bunton, aka Baby Spice, gave fans a rare glimpse at her son Beau on social media in honor of his 14th birthday on Aug. 10.

Emma Bunton, 45, shared a special message to son Beau Lee Jones via Instagram to mark her eldest child’s 14th birthday on Tuesday (Aug. 10). The Spice Girls singer posted a rare photo of Beau alongside a heartfelt caption in which she referred to her son as a “beautiful soul.” Emma added, “To know him is to love him!  You are truly special @beaubuntonjones Thank you for being the centre of our world.”

In Emma’s tribute, Beau was pictured sporting blonde hair while wearing a gray sweatshirt that said “Los Angeles” on it. Behind Beau, a celebratory “Happy Birthday” sign could be seen hanging up against the wall. Beau is the eldest child of Emma and her husband Jade Jones, and is the big brother to 10-year-old Tate Lee Jones.

In addition to his mom, Beau got more birthday love from some of Emma’s famous pals that commented on the sweet tribute. British TV host Lisa Snowdon, actor Keith Lemon and actresses Keeley Hawes and Martine McCutcheon were just a few of those that offered up kind birthday wishes to Beau. What a special boy! 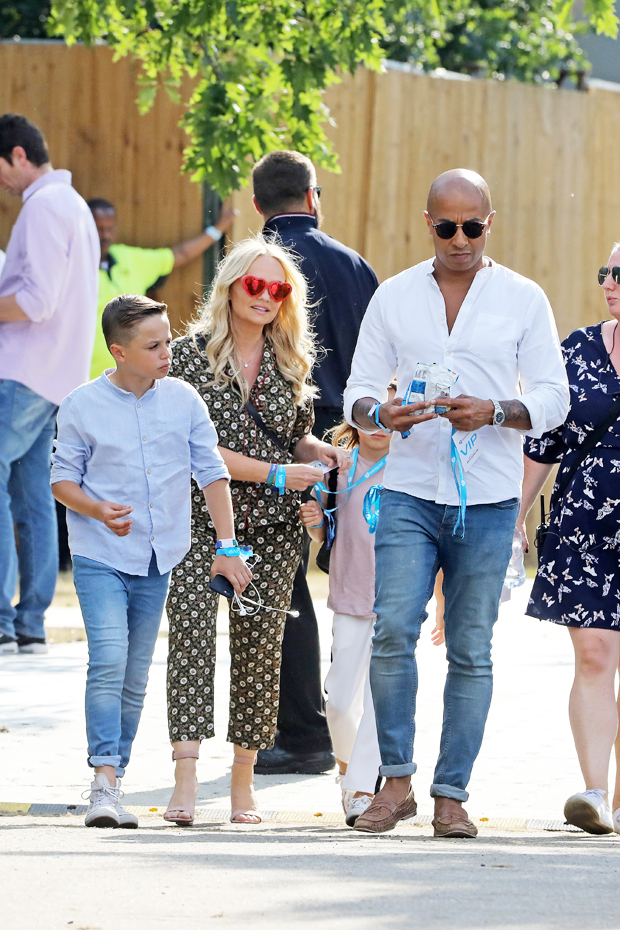 Beau’s birthday is not the only big family celebration that Emma rang in this summer. On July 13, “Baby Spice” revealed that she and Jade, 42, finally got married after being together for 23 years. “Mr. and Mrs. Jones,” Emma captioned her marriage announcement on Instagram, which featured a pic of the “What Took You So Long?” singer looking radiant in her white wedding dress, with lace sleeves and a floral headpiece. Jade, meanwhile, looked dapper in his Gucci blazer and hat on the couple’s long-awaited special day.

Jade – once an R&B singer, now a chef – began dating the British superstar in 1998. They did not engaged until 2011, and during that time period they expanded their family with the additions of Beau and Tate, who were born in August 2007 (Beau) and May 2011 (Tate). Once engaged, Emma announced the good news during an episode of ITV1’s Dancing on Ice, per the BBC. She said that she was “very happy” while showing off her engagement ring to the fellow judges and contestants. “Yahooooo I’m Engaged! Love you, Jade! I’m a very happy lady!!” Emma later tweeted.

Spoilers: Aaron embraces Liv in Emmerdale after she collapses at Leanna's grave