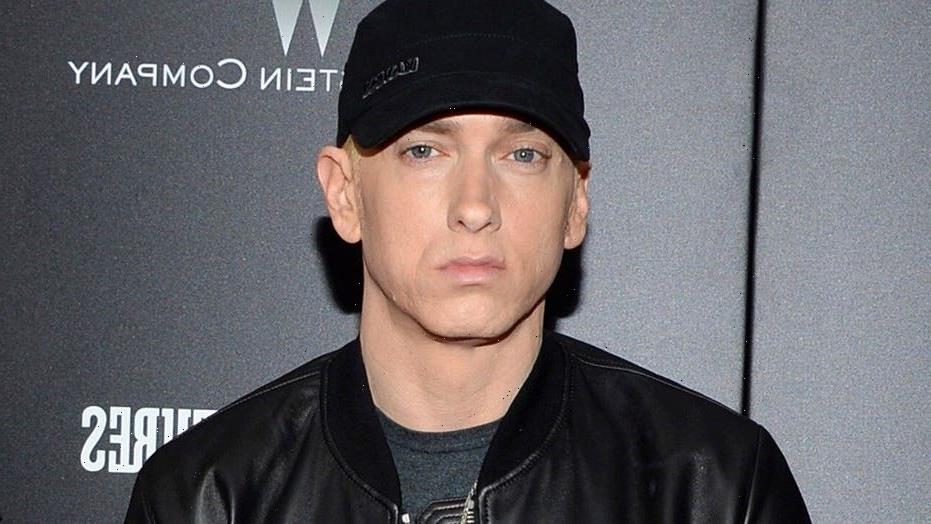 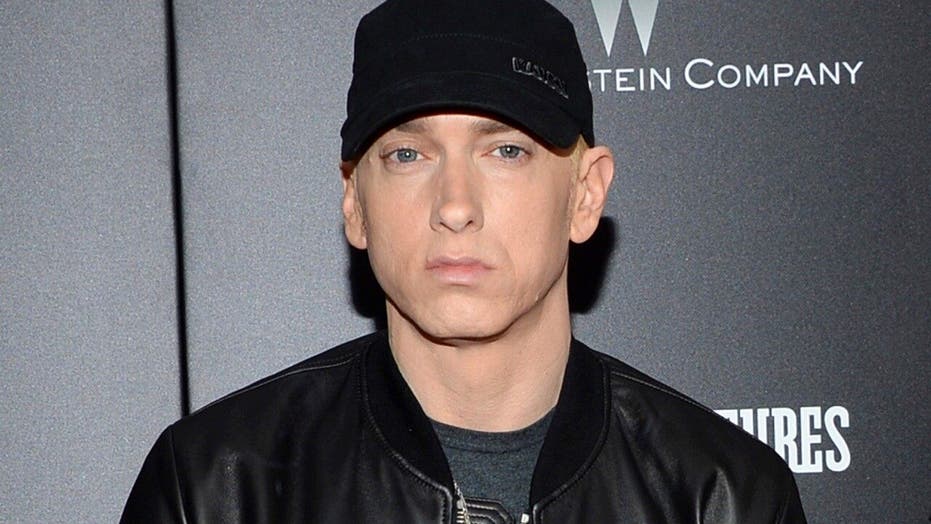 Hailie Jade Mathers is sharing a glimpse into her low-key personal life.

Eminem’s 26-year-old daughter took to Instagram on Tuesday to give the world an inside look at her love with longtime boyfriend Evan McClintock by posting a snap of the couple kissing amid a Santa Monica, California sunset.

“yesterday & everyday,” Jade captioned the easygoing flick in which she is seen holding her beau’s face as the two lean in for a smooch.

During their outing, Jade kept her look casual, donning a blue denim jacket and Gucci handbag, while McClintock went for a comfy-chic look in a dark blue sweater and black jeans. 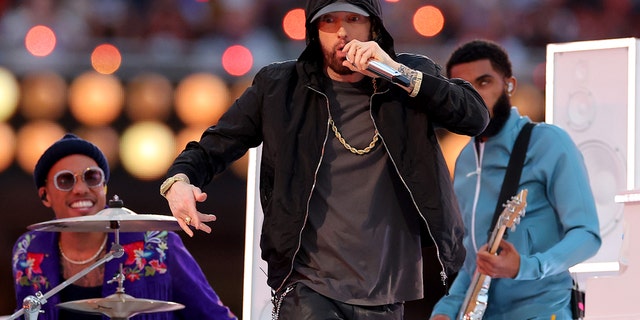 “here for the halftime show, staying for [Matthew Stafford],” she captioned a selfie from a suite within SoFi Stadium.

For his part, Eminem – real name Marshall Mathers – performed his Grammy-winning record “Lose Yourself” and played alongside the Doctor for a snippet of “Forgot About Dre.”

During his performance of “Lose Yourself,” Eminem took a knee, which appeared to be an apparent tribute to Colin Kaepernick’s protests. At the time, a representative for the NFL told Fox News Digital that it was “aware” Eminem was going to kneel during the Super Bowl LVI halftime performance.

“We watched all elements of the show during multiple rehearsals this week and were aware that Eminem was going to do that,” NFL spokesperson Brian McCarthy said. 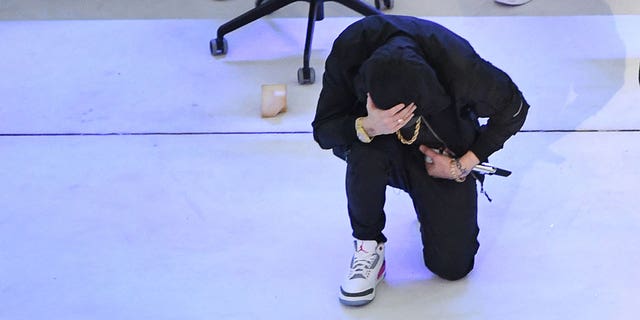 In March 2020, Eminem shared how “proud” he is of Jade during an interview with heavyweight champion Mike Tyson on the champ’s “Hotboxin’” podcast.

“No babies,” Em replied when the “Hangover” star asked if Jade had any children.

“Just a boyfriend. She’s doing good,” he added, referencing McClintock. “She’s made me proud for sure.”