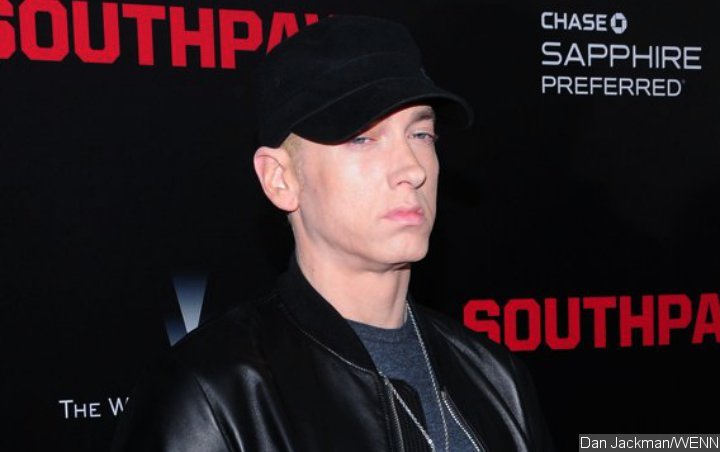 Eminem Commemorates 11 Years of Sobriety With ‘Still Not Afraid’ Message

AceShowbiz –Eminem has celebrated 11 years of sobriety with a message of strength.

The rapper has long been open about his addiction to prescription drugs, including painkiller Vicodin, sleep aid Ambien, and anti-anxiety medication Valium, but began his journey to recovery in early 2008 and marked 10 years of being drug-free in April 2018.

Now, Eminem has taken to Instagram to commemorate another year of sobriety.

“11 years – still not afraid,” the 46-year-old wrote alongside an image of a blue and gold medallion printed with the Roman numeral XI.

Tokens or sobriety coins are often given to Alcoholics Anonymous or other 12-step group members to mark the amount of time they have remained sober.

Singer Demi Lovato, who has had her own addiction struggles and had to be hospitalised for two weeks in July 2018 following a suspected overdose, was one of the celebrities who liked Eminem’s post, while “Orange Is the New Black” actress Taryn Manning, who starred opposite Eminem in “8 Mile“, added, “Rad dude! Teach me your ways. The most admiration. You did it! And can still write like a fkn (f**king) beast! Proud!”

Previously, the “Stan” star opened up about how his substance abuse habit and near-fatal drug overdose in 2007 had impacted his music.

In an interview with Vulture in 2017, he explained that he almost forgot how to rap when he recorded 2009 album “Relapse”, and wasn’t all that pleased with his 2004 effort “Encore”.

“I certainly have not had a perfect career. I’ve put out bad albums. Encore was mediocre, and with Relapse – it was the best I could do at that point in time. (Relapse) was a funny album for me because I was just starting back rapping after coming out of addiction,” the “Lose Yourself” rapper recalled. “I was so scatterbrained that the people around me thought that I might have given myself brain damage. I was in this weird fog for months. Like, literally I wasn’t making sense; it had been so long since I’d done vocals without a tonne of Valium and Vicodin. I almost had to relearn how to rap.”

Game of Thrones: How Jaime's Words From Season 1 Just Made a Huge Comeback