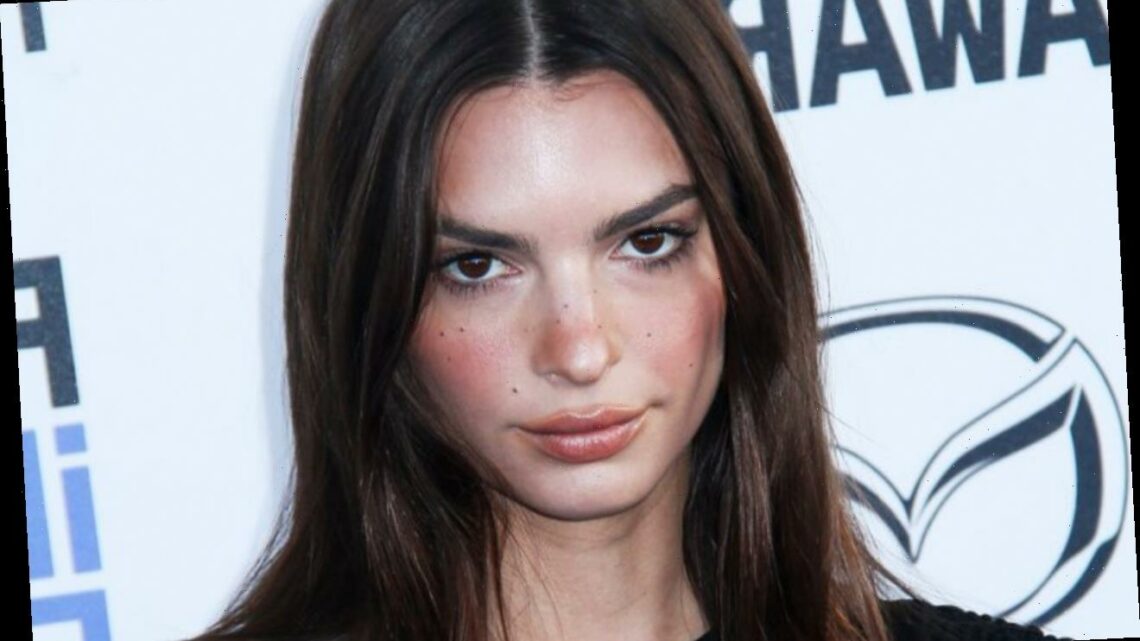 The ‘Gone Girl’ star gives her fans and Instagram followers more look at her journey to become a mother, a week after welcoming her first child with husband Sebastian Bear-McClard.

AceShowbiz –Emily Ratajkowski continues documenting her journey into motherhood, even after she has given birth to her first child. The actress/model has shared intimate photos of her while in labor with her son.

The new mom made use of Instagram on Wednesday, March 17 to unveil never-before-seen pictures of her in the hospital while she was about to deliver her son. The images captured her face while she was lying in hospital bed.

In one snap, a hand, which appeared to belong to her husband Sebastian Bear-McClard, was seen touching her face seemingly to comfort her. Another photo saw the 29-year-old using an oxygen mask to help her breathe.

There are also two pictures showing her holding her newborn baby for the first time. The infant slept on his mother’s chest while she was smiling and cradling him. “In between pushes/first moments with Sly. Life!” she wrote in the accompanying caption.

Emily welcomed her first child with her husband on March 8. The London-born beauty shared the news a few days later on Thursday, March 11 with an Instagram post that included a picture of her breastfeeding the infant. “Sly arrived 3/8/21 on the most surreal, beautiful, and love-filled morning of my life,” she captioned the snap, revealing that her son was named Sylvester Apollo Bear.

On Sunday, March 14, the “Gone Girl” actress was spotted stepping out for the first time since giving birth to her son. The London-born beauty was out and about in New York City with her actor and producer husband while walking their dog.

Emily, who looked effortlessly stylish in a black jumper, a mustard bomber jacket and beige trousers, appeared to have bounced back in no time. She showed no sign of any baby weight underneath her casual, yet chic outfit.