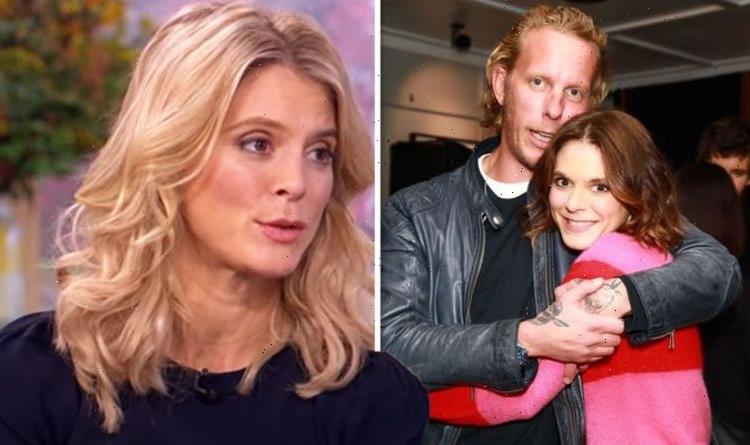 Emilia Fox, who stars as Dr Nikki Alexander in the BBC crime series Silent Witness, addressed whether she was “worried” for her relative. The actress is the cousin of fellow actor turned political activist Laurence Fox, 42.

Laurence starred as James Hathaway in ITV’s Lewis before he quit acting and reinvented himself as the leader of the anti-woke party Reclaim last year.

He has sparked controversy in recent months including declaring himself as anti-lockdown, anti-vaccine, anti-mask and also branded Covid-19 as a “scam”.

In the spring, Laurence was a candidate in London’s mayoral role elections where he ran an “anti-woke” campaign.

The Silent Witness actress says that the pair have had “amazing times together” and are incredibly supportive of each other.

“I don’t know what emails you’ve had, but Laurence is my cousin, he’s family and I love my family,” Emilia said in a new interview.

“I think he’d be the first to advocate that people can have different opinions on things.”

She was then quizzed whether she was “worried” for her cousin.

Adding to the Times, Emilia replied: “Why should I be worried? What are the things you are worried about?”

In response, a series of controversies were brought to her attention including Laurence’s talent agent who dropped him over the phone last year following his appearance on BBC’s Question Time.

Two weeks ago he was verbally assaulted outside Lord’s cricket ground.

Emilia commented: “Laurence is well capable of standing on his own two feet.”

Addressing if she would ever join her cousin on a political bus to campaign, the actress declined.

She said: “I wouldn’t go on anyone’s battle bus. And that’s got nothing to do with Laurence.

“That is just the last thing I’d ever do.”

The pair appeared on television together in 2019 for the first series of Celebrity Gogglebox.

Emilia has acted alongside Laurence’s ex-wife Billie Piper in the 2005 comedy film, Things To Do Before You’re 30.

In March this year, the former actor launched a bid in London’s mayoral election, but won 47,634 votes placing him in sixth with 1.8 per cent of the vote.

Laurence has also waded into the anti-vax row, insisting that he could remove his children from school because of his opposition to the Government’s Covid vaccination programme.

Silent Witness airs Mondays and Tuesdays on BBC One at 9pm.