Home » Celebrities » Emilia Clarke on the finale: ‘I stand by Daenerys. I stand by her! I can’t not’ 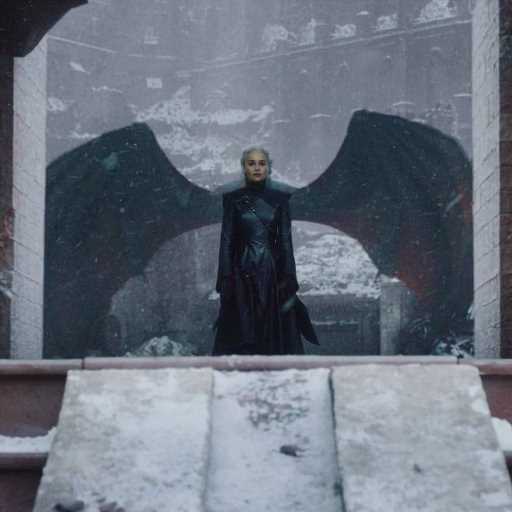 Emilia Clarke on the finale: ‘I stand by Daenerys. I stand by her! I can’t not’ 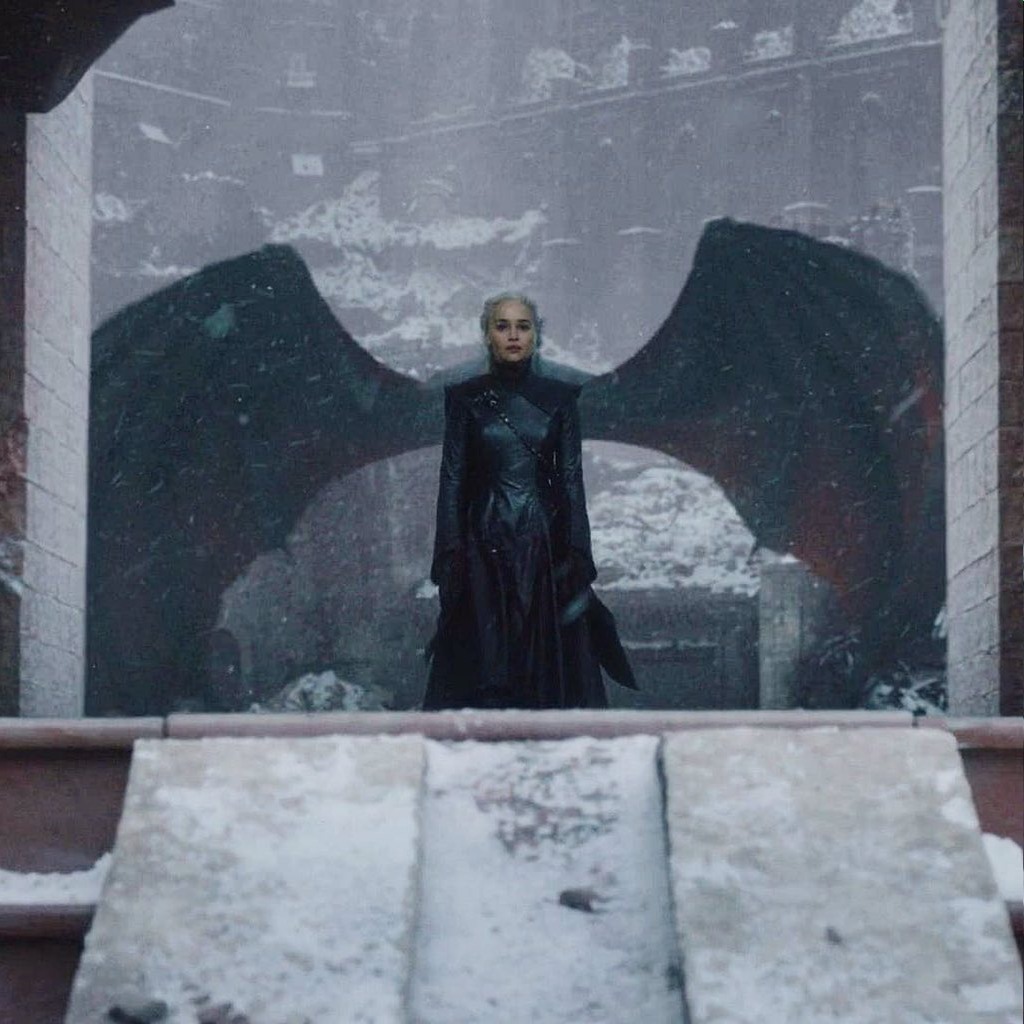 SPOILERS for Game of Thrones.

Entertainment Weekly had Emilia Clarke’s “exit interview,” as they have done for all of the major character deaths on Game of Thrones. Going into the finale, I wondered which one of the main actors would die, and I had convinced myself it was Tyrion. It was not. Jon Snow stabbed Dany as he kissed her and called her his queen. It was f–ked up. Anyway, this EW piece is good because you can feel Emilia really trying to avoid saying “the writers massively f–ked up this season.” You can read the full piece here. Some highlights:

When she first read her death scene: “What, what, what, WHAT!?” the actress recalls thinking. “Because it comes out of f—king nowhere. I’m flabbergasted. Absolutely never saw that coming.”

Once she absorbed the scripts: “I cried. And I went for a walk. I walked out of the house and took my keys and phone and walked back with blisters on my feet. I didn’t come back for five hours. I’m like, ‘How am I going to do this?’”

How Emilia sees Dany’s arc: “She genuinely starts with the best intentions and truly hopes there isn’t going to be something scuttling her greatest plans. The problem is [the Starks] don’t like her and she sees it. She goes, ‘Okay, one chance.’ She gives them that chance and it doesn’t work and she’s too far to turn around. She’s made her bed, she’s laying in it. It’s done. And that’s the thing. I don’t think she realizes until it happens — the real effect of their reactions on her is: ‘I don’t give a s—t.’ This is my whole existence. Since birth! She literally was brought into this world going, ‘Run!’ These f—kers have f—ked everything up, and now it’s, ‘You’re our only hope.’ There’s so much she’s taken on in her duty in life to rectify, so much she’s seen and witnessed and been through and lost and suffered and hurt. Suddenly these people are turning around and saying, ‘We don’t accept you.’ But she’s too far down the line. She’s killed so many people already. I can’t turn this ship around. It’s too much. One by one, you see all these strings being cut. And there’s just this last thread she’s holding onto: There’s this boy. And she thinks, ‘He loves me, and I think that’s enough.’ But is it enough? Is it? And it’s just that hope and wishing that finally there is someone who accepts her for everything she is and … he f—king doesn’t.”

Emilia saw Missandei’s murder as a huge break for Dany: “There’s a number of turning points you see for Daenerys in the season, but that’s the biggest break. There’s nothing I will not do after losing Missandai and seeing the sacrifice she was prepared to make for her. That breaks her completely. There’s nothing left to making a tough choice.”

On executing Varys: “She f—king warned him last season. We love Varys. I love [actor Conleth Hill]. But he changes his colors as many times as he wants. She needs to know the people who are supporting her regardless. That was my only option, essentially, is what I mean.”

On Cersei dying: “With Cersei, it’s a complete no-brainer. Lady’s a crazy motherf—ker. She’s going down.”

What she really thinks about Dany’s fate: “You’re about to ask if me — as Emilia — disagreed with her at any point. It was a f—king struggle reading the scripts. What I was taught at drama school — and if you print this there will be drama school teachers going ‘that’s bulls—t,’ but here we go: I was told that your character is right. Your character makes a choice and you need to be right with that. An actor should never be afraid to look ugly. We have uglier sides to ourselves. And after 10 years of working on this show, it’s logical. Where else can she go? I tried to think what the ending will be. It’s not like she’s suddenly going to go, ‘Okay, I’m gonna put a kettle on and put cookies in the oven and we’ll just sit down and have a lovely time and pop a few kids out.’ That was never going to happen. She’s a Targaryen. I thought she was going to die. I feel very taken care of as a character in that sense. It’s a very beautiful and touching ending. Hopefully, what you’ll see in that last moment as she’s dying is: There’s the vulnerability — there’s the little girl you met in season 1. See? She’s right there. And now, she’s not there anymore… But having said all of the things I’ve just said… I stand by Daenerys. I stand by her! I can’t not.”

Entertainment Weekly also reconfirms that this is part of George RR Martin’s plan for the final act, and that he showed Benioff and Weiss the outline years ago, but obviously everything was not perfectly canon with Martin’s orginal vision, so whatever. I feel for Emilia – I know everyone thought she was a bad actress several seasons ago, but I felt like she did a great job with Dany overall, and she did the best she could with some f–king scripts and character development. Mostly, I’m depressed that by Season 8, Dany was barely allowed to tell her own story, we had to be spoonfed narratives ABOUT Dany from other characters. It bugged. 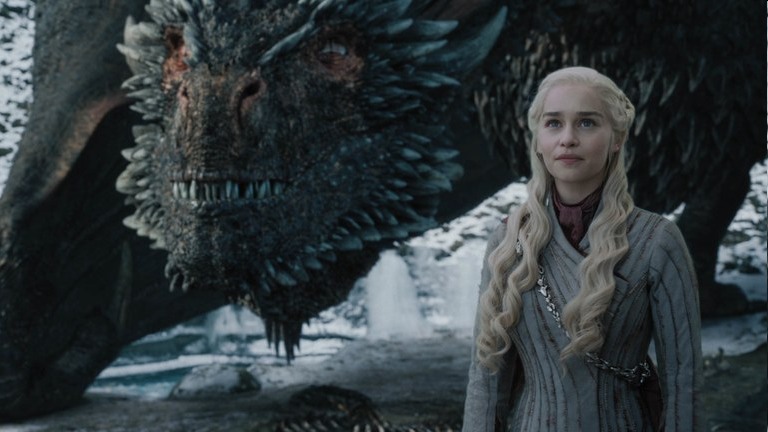 Photos courtesy of HBO/Game of Thrones.

After Wilder's brutal KO of Breazeale: The top 5 most brutal punchers in the world from 'Monster' Inoue to the scary Beterbiev