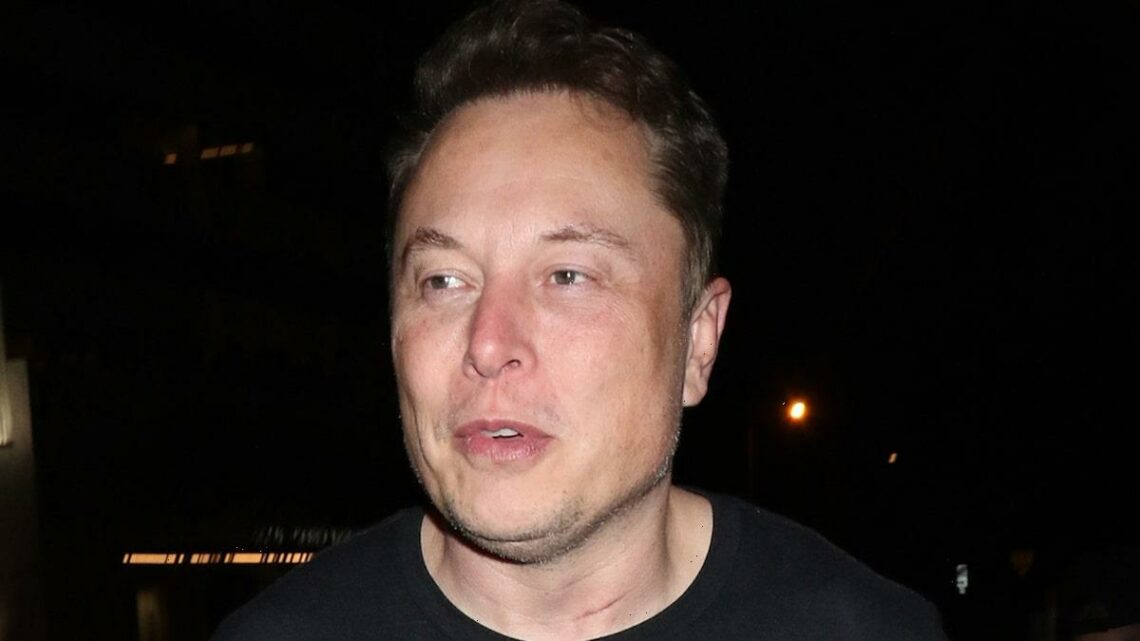 Elon Musk claims the fatal Tesla crash this weekend in Texas was not the result of Autopilot failure … but 2 federal agencies are not convinced.

The Tesla founder was responding to a Twitter comment disputing the working theory … the 2 men who died in the crash were not behind the wheel … likely because they were using the car’s Autopilot feature. 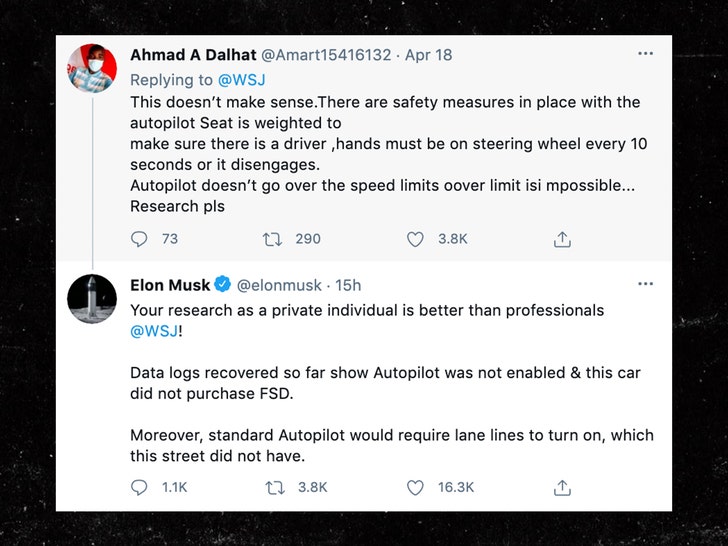 The Twitter user pointed out Autopilot has safety features in place requiring someone to be in the driver’s seat, and Musk responded by saying this person’s research is better than reporters.

Elon went on to deny Autopilot was involved at all in the wreck, tweeting … “Data logs recovered so far show Autopilot was not enabled & this car did not purchase FSD.” FSD stands for Tesla’s Full Self-Driving feature.

Musk goes on to say “standard Autopilot would require lane lines to turn on” and claims the street where the crash occurred in Spring, TX doesn’t have them.

As we first told you … the authorities have issued subpoenas to get data on the crash vehicle, and are working with Tesla experts on the investigation. Along with that, 2 federal agencies — the National Highway Traffic Safety Administration and the National Transportation Safety Board — are on the case.

According to authorities … the 2 men who were killed in the Saturday night accident were talking to their wives about taking the Tesla for a drive and testing the driver-assistance technology just minutes before they took off and crashed.

Clearly … something doesn’t add up.

Who are Ron DeSantis' children?