‘The Sopranos’ star opened up about her decision to play the former first lady in the latest ‘American Crime Story’ series.

Playing a real person is always a challenging part for an actor, but playing someone you know is even harder. Edie Falco, 58, plays former First Lady Hillary Clinton, 74, in the new drama Impeachment: American Crime Story, who supported the former secretary of state during her 2016 run for president. The actress admitted that she doesn’t want to find out what Hillary thinks of her portrayal of her during former President Bill Clinton‘s impeachment scandal, which involved an affair with Monica Lewinsky, in an interview with The View on Thursday October 28.

Joy Behar mentioned Edie’s support for Clinton, and she asked if it lead to any mixed feelings about playing her in the series. “Of course, I was conflicted. I mean, I said, ‘Yes, of course,’ and then there were many times after that that I thought, ‘What in Heaven’s name was I thinking?’ I tend to trust the decisions I make without thinking so much,” she said. 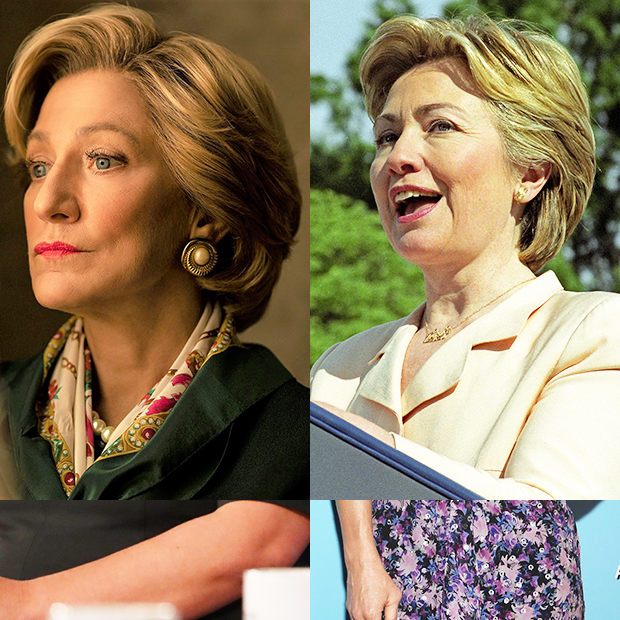 When asked what she thinks Hillary would think of the series, the Nurse Jackie actress admitted that she doesn’t want to find out.”I so don’t want to know, and I know someone is going to tell me someplace along the line,” she said. “It is my sincere hope that she has better things to do.” Hilariously, the hosts also mentioned that the former presidential candidate had begun writing fiction and had released a novel, State Of Terror, and Edie seemed genuinely surprised to find out. 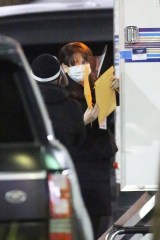 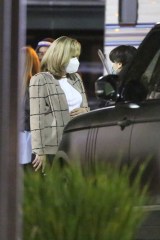 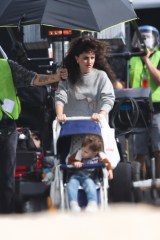 While she may not want to know what Clinton thinks of the series, Edie did exercise caution and said that she’d told the show’s creator Ryan Murphy that she didn’t want to do a “hit job” on the former first lady, when Ana Navarro asked if Hillary would’ve faced criticism whether she left Bill or not after the Lewinsky scandal. “I have tremendous respect for Hillary,” Edie said. “As far as my insight, it remains that no matter what she did, she was going to be criticized, and she loves Bill, and she takes her vows very seriously. Not everybody does. It’s—I don’t know—to be commended, back when marriage was something that you really do.