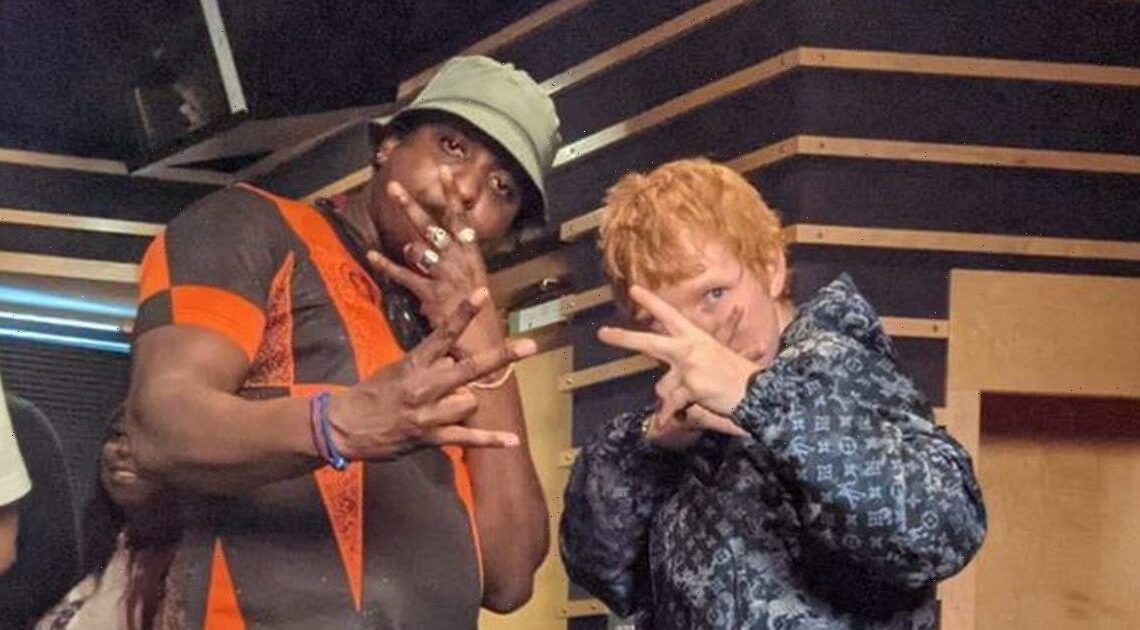 The 31 year old singer-songwriter said he “hit up” Jamal for music video ideas after deciding to collaborate with rapper Russ, “knowing that he would create something incredible”.

The video was supposed to have been shot a day after Jamal’s passing, sparking the Shape Of You singer to postpone it.

Now, five months on from his death, Ed has released the video in the hope of making Jamal’s “vision come to life”.

Sharing the video to his new track Are You Entertained on Instagram on Friday 22 July, Ed penned a lengthy, heartfelt tribute to Jamal.

“Please read this whole thing,” he began. “I was having dinner in New York in December when @russ came up to my table, I was a fan so we just sat and ate pasta and drink wine together. A few days later I sent him the rough idea for this song, the same day he emailed me back with it finished, which I loved.

“He said we should do a video, so I hit up @jamaledwards, knowing that he would create something incredible for us. Jamal then planned it out for the next couple of months, sending me locations, ideas, cameos, trying to make it the best video any of us could make.”

The new dad-of-two went on: “We were meant to shoot in February, but the day before Russ flew out, Jamal tragically died. Our whole world was upside down, and I had to cancel and just tell Russ it wasn’t happening, but he was so so understanding, to a level I'll never forget. Jamals mum @brendaedwardsglobal and sister @Tanisha.arts_ , a few weeks later said we should still try and make Jamals vision come to life, so with the help of his amazing production team at @radicalmedia_london and @jakenava directing, we shot it.

“I felt so sad on the day, but very proud. I wish Jam was here to see it, I wish we’d done it together, but he would be buzzing how all his people came together and brought his vision to life. Russ, thanks for being such an amazing human, and thank you to everyone who made this video happen. Jamal lives on forever.”

Jamal passed in February of this year from what was later revealed to have been caused by a heart attack after taking recreational drugs.

Brenda shared a statement on her social media pages last month to share her sadness as she confirmed Jamal's cause of death.

She wrote: "Firstly, I wanted to thank each and every one who has reached out, sent messages and been there for me and my family since Jamal passed away in February

"We have been so incredibly touched by the outpouring of love and support, and you are all helping us try and get through the unimaginable."

Brenda, 53, then went on to explain the cause of her beloved son's passing as she said: "Since I last spoke, I have sadly learned that the cause of Jamal's devastating passing was due to cardiac arrhythmia caused by having taken recreational drugs and I wanted to address this myself to everyone who loved, admired and respected my son."