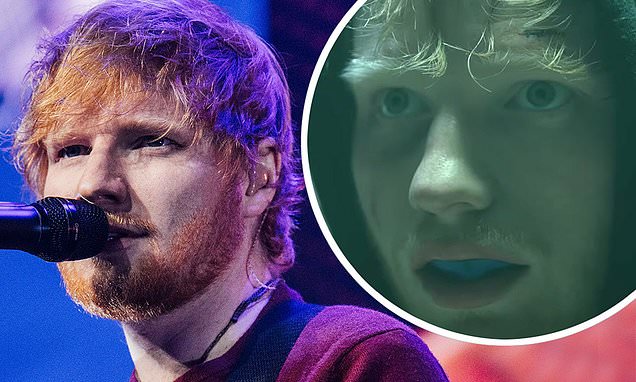 Ed Sheeran’s Shape Of You has officially been named Spotify’s most streamed track of all time.

The singer, 27, added to his already impressive list of accolades when it was revealed on Tuesday that his hit has become the first song to surpass the two billion streams mark. 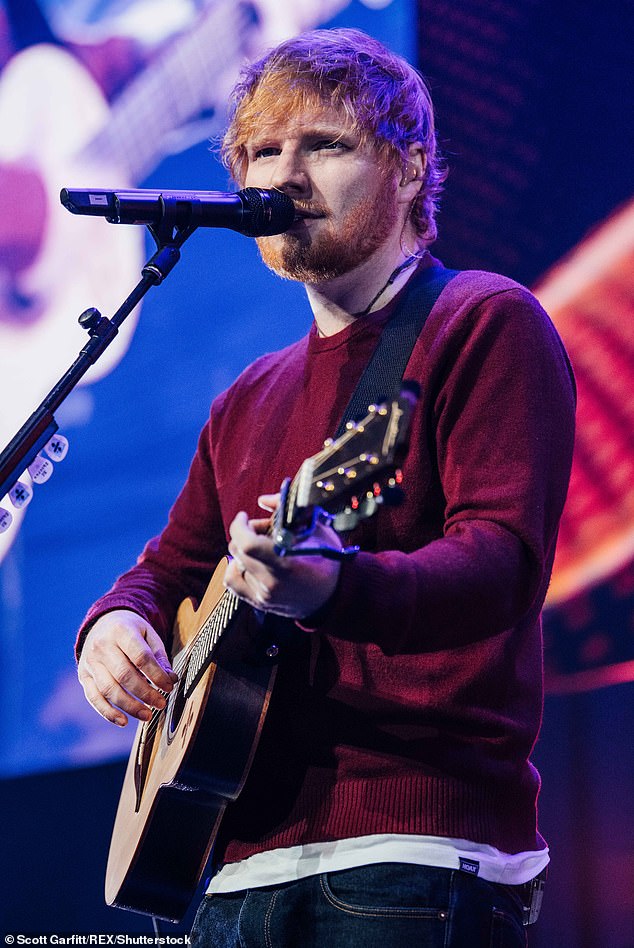 Honour: Ed Sheeran’s Shape Of You has officially been named Spotify’s most streamed track of all time with two billion streams

Many fans congratulated the musician and joked that their own fondness for the song may have contributed to ‘half’ of the two billion streams.

Shape Of You was first released in January 2017 as one of the lead singles from Ed’s third studio album Divide (÷).

Written by the musician alongside songwriter Steve Mac and Snow Patrol’s Johnny MacDaid, the track peaked at number one on the singles charts in 34 countries and was the best-selling song of 2017 in the UK.

According to the International Federation of the Phonographic Industry, the song combined sales and track-equivalent streams of 26.6 million units.

Shape Of You also bagged Ed the Grammy Award for Best Pop Solo Performance in January. 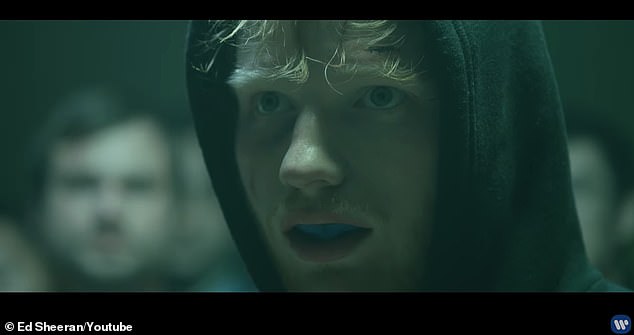 Proud: The singer, 27, shared the big news with his 27 million Instagram followers on Tuesday, who showed support for the star (pictured in the Shape Of You video in 2017) 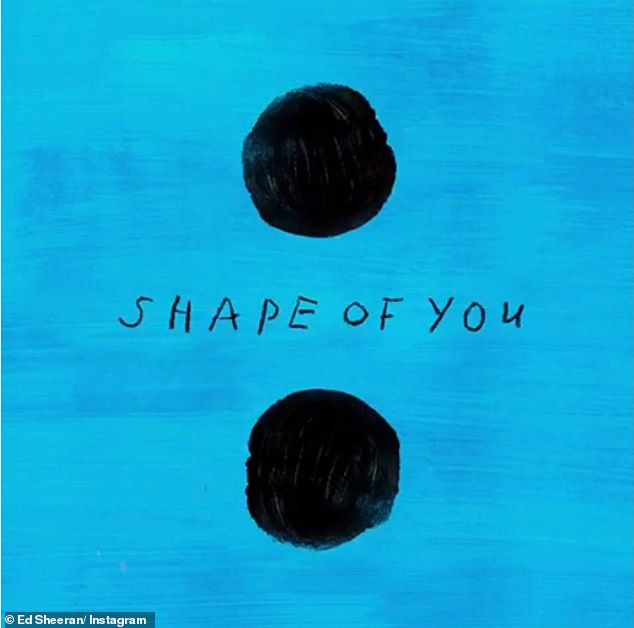 Accolade: Ed shared a picture on Instagram with the caption: ‘Thank you world. First song to 2 billion streams on Spotify xx’ 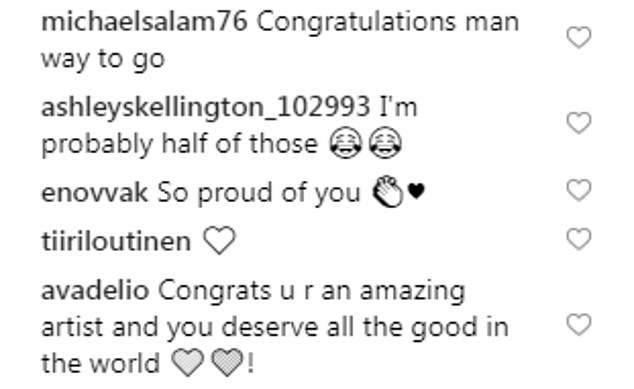 Support: Ed’s fans shared their support via social media saying: ‘Congrats you are an amazing artist and you deserve all the good in the world!’

The star’s personal life is also going from strength-to-strength as Ed shared a picture with long-time love and rumoured wife Cherry Seabourn, 26, on Instagram earlier this month.

He is known for keeping his romance under wraps but captioned the image: ‘boi & gal (sic).’

He’s said to have already married hockey player Cherry, in a secret wedding ceremony over the summer.

Speaking to Entertainment Weekly earlier this year, Ed admitted that he’s in such a good place with his love life that he can no longer write songs about heartbreak. 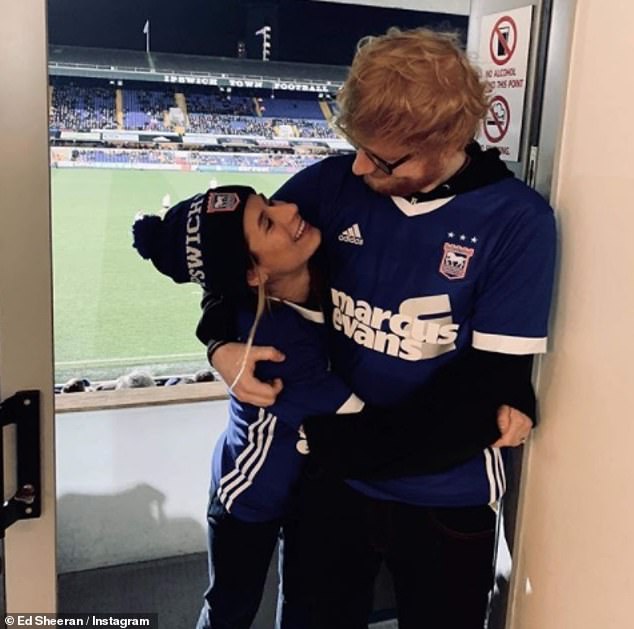 Look of love: Ed and long-term beau Cherry Seabourn showed off a very rare snap of themselves cosying up on Instagram earlier this month

He said: ‘It’s just different now. I still write love songs obviously, but now I’m kind of going back to moments in my life I’ve never tapped into for songs.

‘You can’t write heartbreak songs when you’re in love so you have to go back to times where you were heartbroken.’

Ed announced his engagement to Cherry in January 2018 with a candid Instagram snap, gushing to fans: ‘Got myself a fiancée just before new year.’

The pair first met when they attended the same high school but did not start dating until 2015 when they reconnected. 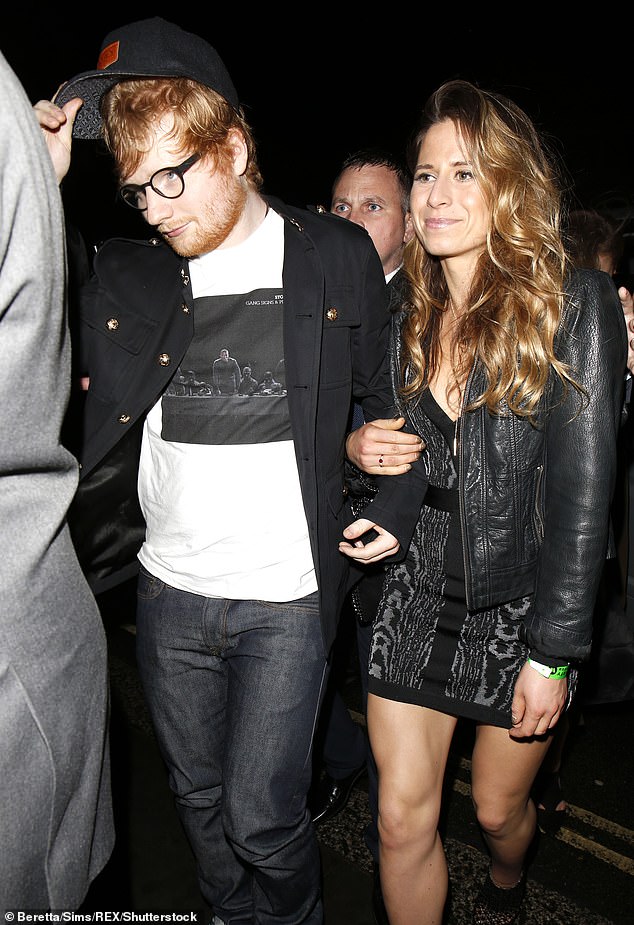 Stepping out: The pair first met when they attended the same high school but did not start dating until 2015 (pictured 2017)

Meghan Markle Breaks Another Royal Fashion Protocol: Why The Queen Will Be Upset With Her Nail Polish