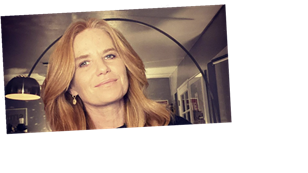 Patsy Palmer has hit out at Good Morning Britain after storming off the show for being called an "addict".

The EastEnders star had come onto the show to talk about her wellness brand after changing her lifestyle in Malibu, California, but was left furious after reading the description at the bottom of the screen, which stated: "Patsy Palmer: Addict to Wellness Guru".

Clearly unimpressed, the 48 year old told the hosts she would "do a Piers Morgan" and leave as it's "not okay" to write that. Both Susanna Reid and Ben Shephard then issued a public apology for the mishap, insisting it wasn't intended to upset or "ambush" her.

Since then, the actress has taken to her social media to release a statement on the matter, explaining to her fans that she's left her "old self" behind and no longer wants to talk about it.

In a now-deleted post, she wrote: "My apologies to anyone that wants to hear good news as I have great faith that considering what is going on in the world right now there are still some people that do . I keep seeing people saying " get over yourself " [sic]

"I have gotten over my old self years ago and no longer wish to discuss it when I only have 5 minutes air time. I have been a people pleaser my whole life . I'm not a journalist so I don't want to report on other people's lives on TV . I never have and never will , let's leave that up to the journalists ." [ sic]

Patsy went on to explain that she's been open about her past but no longer wants to give that part of her life airtime.

She continued: "You might see a lot of things in the tabloids that you think I saw but I don't . I am not going to waiste those precious 5 minuites talking about things that are 20 years old or about Meghan and harry . [sic]

"If I post things on social media in reaction to a tv show or an article I've read about something that's my platform . Then the media take it and make it a story again and again . [sic]

"I have always been very open and honest at certain times in my life as many people are forced to be in the public eye otherwise the media will destroy them with twisted versions of the truth that , as you can see go in for years and years and years until many people take their own lives ." [sic]

Hitting out at GMB, Patsy said she originally went on to speak about her new wellness brand as she continued: "I was supposed to be on there to talk about my new Buisness that I have created that couldn't be more opposite to that headline . For all of the trolls and haters and people on here judging me . GO F**K YOUSELVES . [sic]

"I've worked hard on myself to remove negativity from my life and the lives of my children so if anyone has a problem with that you need to go at take a look at your lives and wonder what drives you to jump on here to attack me for standing my ground . If you are parents doing that then shame on you . I hope you find some joy amidst all the madness." [sic]

Patsy later shared another post on her Instagram stories as she wrote over a black background: "I haven't written a book in 20 years so don't believe that either . Guess what people !!!!! [sic]

"People change and grow and live happy healthy lives , so stop trying to make people small and worthless . Finish it now . Thank you for all of your kind words . Hopefully you will all start living your best lives from now on not from then now". [sic]

Patsy ended her statement by adding: "Move on we are supposed to change !!!! It's a human condition. Can't you see how controlled we all are !" [sic]

Demi Lovato: I Was Raped by an Actor During Disney Days