Dwayne Johnson's Biggest Tattoo Is Also the Most Meaningful

Dwayne Johnson is known for many different things, including his rich cultural background. As with other celebrities in the Hollywood scene, he represents his cultural history using body art and tattoos. Johnson has two prominent tattoos, with the one covering three different parts of his body being the most meaningful. 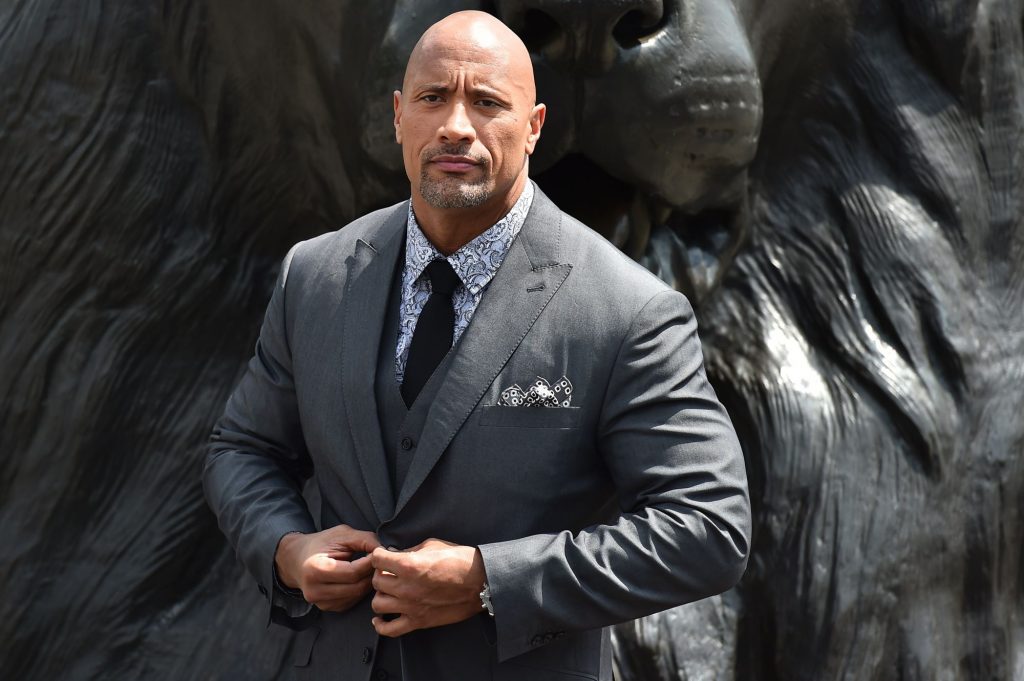 The American actor, producer, former professional wrestler, and businessman has been very particular about the tattooing he gets done. The tattoo on his left torso that spreads across his chest, neck area, and arm is an intricate tribal tattoo that is jam-packed with meaning.

While the larger tattoo on his left torso has attracted the majority of the attention, he also spots a bull tattoo on his right arm. In an interview, the actor revealed that he got the small bull ink over two decades ago. Over the last couple of years, he has worked with his tattoo artist, Yomico, to cover up this bicep tattoo with a design he feels better embodies where he is currently.

Details within the tribal tattoo

Taking a closer look at the tribal tattoo proudly showcased by the Jungle Cruise actor, you can immediately point out The Great Eye. Around this Eye are a couple of descending swirls on the left shoulder, which goes down to his arm where the text “It changes in the place where it is found to be gone” is inscribed.

On his chest, above his heart, a lion gives way to the coconut leaves on his collarbone that border the sun on his neck. There are two eyes, a broken face, a priest, and stones within the intricate piece. A detail that is easy to miss within the elaborate tattoo is the tortoiseshell at the lower part of his left arm.

The first-generation WWE superstar loves to show off his well-sculpted body and intricate tattoos. His large tribal tattoo is an embodiment of his endearing spirit, yearning to be heard. The piece comes down to three specific elements: family, his willingness to protect them, and his aggressive warrior spirit.

The first element, The Great Eye, tunes into his aggressive warrior spirit. It has been theorized that a Great Eye tattoo is a go-to for individuals looking to possess the essence of their enemies and is used to distract the enemy during times of confrontation. The descending swirls around his left shoulder represent him connecting his past, present, and future. The lion over his heart represents his warrior spirit and his dedication to overcoming any obstacles.

Johnson is so much into spirituality that he wanted his biggest tattoo to symbolize the same. As such, the sun at the back of his neck represents good fortune. What’s more, the ink that makes up the broken face marked by shark teeth is meant to represent his ancestors, who he believes protect him throughout his journey.

A neat addition to the piece is the tortoiseshell which warriors believed shielded them from evil spirits. Finally, in line with how in tune he is with his spiritual side, he had the stones inked on his biceps, which symbolize achievement and abundance.

Biography points out that Johnson is big on family. This is evident through the two eyes added onto the tattoo, representing his ancestors. The coconut leaves on his collarbone point to his heritage as these are representative of a Samoan chief-warrior.

Tattoo enthusiasts have also pointed out that the tattoo seems to encompass three people in one from the back. In an interview, he explains that one of these individuals is himself, the other is his ex-wife, Dany Garcia, and the last is his daughter Simone Alexandra.