Home » Celebrities » Drew Barrymore: ‘I got to enjoy the ’90s, which was hella fun’ 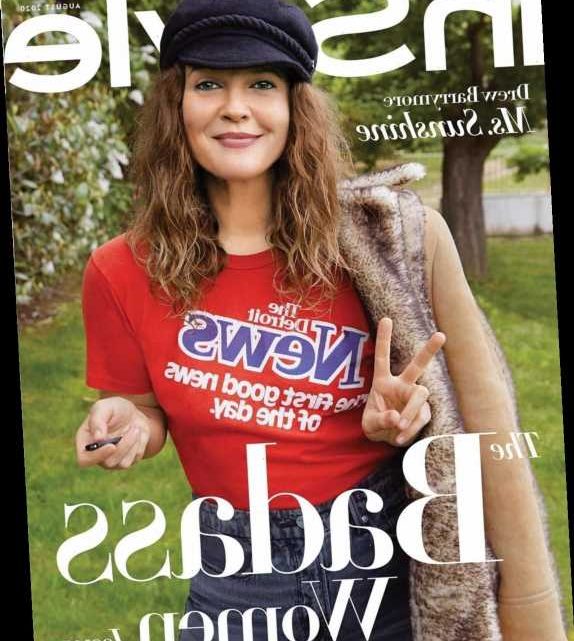 Drew Barrymore: ‘I got to enjoy the ’90s, which was hella fun’ 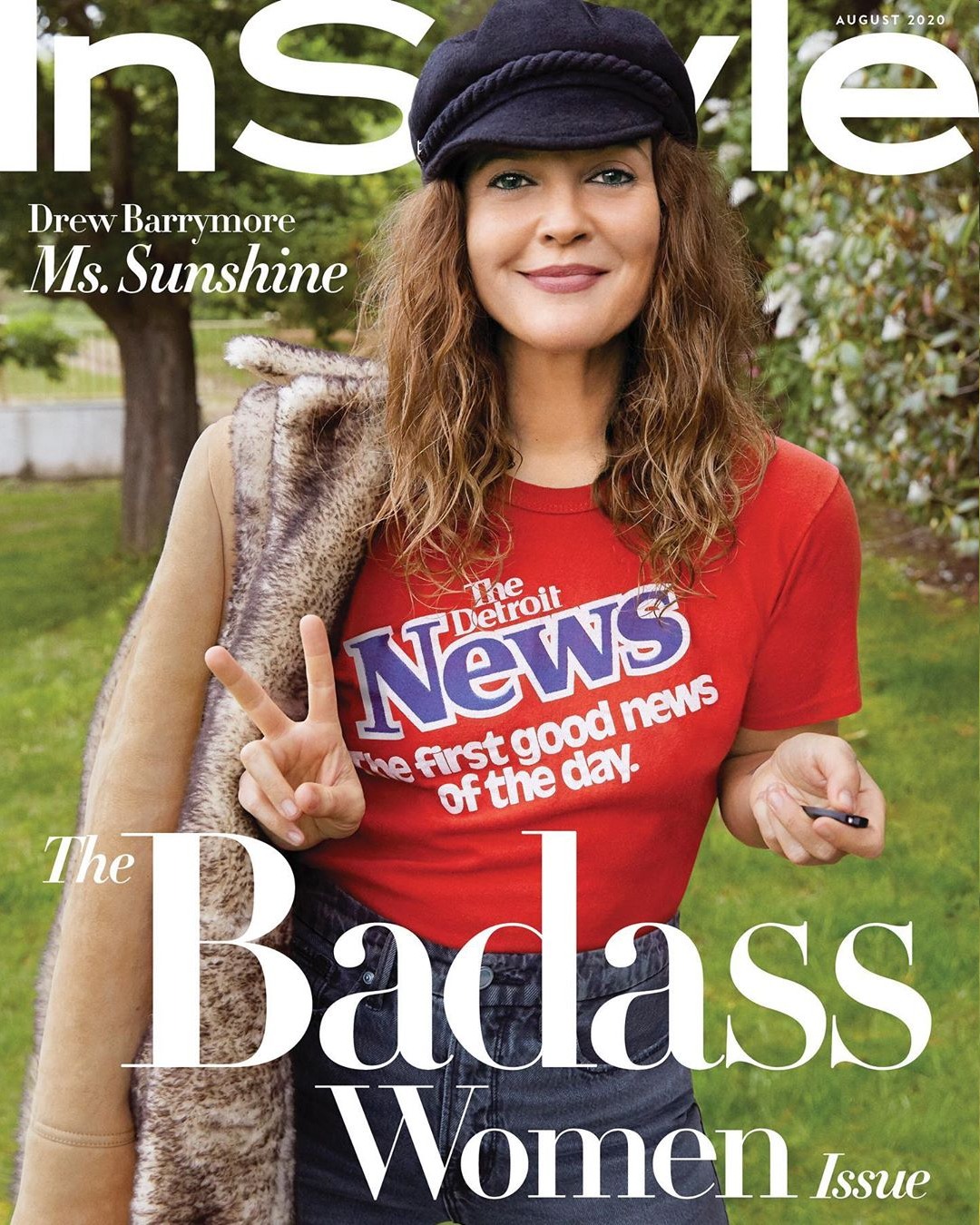 InStyle’s Drew Barrymore cover is so ‘70s! I love it! I love the vintage t-shirt and the high-waisted pants. I’m not in love with fur-lined coat, but it does complete the look. Drew covers InStyle to promote her new CBS talk show, The Drew Barrymore Show. She hasn’t started filming as of this interview, and she doesn’t know when she will get going. There’s such a high turnover in daytime talk shows these days and honestly, I don’t think Drew is going to be good at this at all. But sure, let’s dive into this interview – you can read the full piece here. Some highlights:

She loves Mondays: “Yes! Mondays have been so crapped on. But for me, it’s not the start of a long week or this mammoth thing that’s blue and terrible. I’ve been festering all weekend, working myself into a lather. Everyone is back to work on Monday. Get it done, son!

On social media: “Social media gives everyone a platform, but growing up in Hollywood, I hated soapboxes. So, first, I was like, “I don’t want to give messages that way, and I’m not sure I want to post a lot, period.” There was no social media when I was younger, but everything was very much out there about me. That was a great training ground — it wasn’t necessarily my choice, but it was best not to kick and scream about it. I was in a job where it was fair game for my behavior to make headlines, and I never had bitterness or a chip on my shoulder about the way my life went… And I got to enjoy the ’90s, which was hella fun. There was a nice middle in the sandwich that was delicious and completely untapped. You didn’t know everything about everyone — there wasn’t the technology for it. Then you get into the 2000s with Y2K and everything becoming botlike. Who would’ve thought that someone would create something that’s in literally every person’s hand? I mean, that wasn’t in George Orwell’s book [1984], but it might as well have been.

What she’s most proud of: “Obviously, I’m most proud of my two daughters. Nothing in my life’s journey was like, “It’s gonna happen for you.” And having kids was not something I wanted to get wrong. So I waited a long time.

What she says to her daughters about BLM & protests: “I don’t watch the news in front of them because I worry about the images. But I also do not believe in bringing them up in any type of bubble. We all marched in the Women’s March. I was speaking to a wonderful educator, Britt Hawthorne, and she said if you’re talking to your kids about George Floyd, talk about how this has affected the world. It’s not to flower things up in an unrealistic way but to focus on the outcome of something.

How she takes care of herself: “I eat really clean and healthy, and I do an hour of Pilates at least four days a week. I have to work so hard at not being the size of a bus. And it’s OK. That is just my journey. That is my karma. I don’t know, maybe I was thin and mean in a past life. Other than that, between homeschooling and working, I felt very overwhelmed at first — and I hate feeling overwhelmed. It was weird to be a mom and a teacher and a provider and a friend. I felt sad for a while that I was all I could offer my children. Then I realized that I had to get out from under it. I have so much empathy and patience for everyone but myself, it’s sick.

The ‘90s were so much fun. Sh-t was just different back then and the kids don’t really understand. We didn’t have social media. Most of us didn’t have cell phones. We read real newspapers and the “biggest political scandal” was President Clinton getting a beej in the Oval as he made work calls. And that breed of ‘90s celebrities were different too – actresses very rarely “dressed up” or had stylists on-call, and everything wasn’t so homogenized and filtered and inspo. I think it’s interesting to see all of these late-era Gen Xers (like Drew) and Xennials (like me) really look back on that decade with such whimsy and joy.

Re: “I have to work so hard at not being the size of a bus. And it’s OK. That is just my journey. That is my karma. I don’t know, maybe I was thin and mean in a past life.” I honestly think about this all the time, whether I was a thin model in another life and my karma got mixed up and now I have a lockdown gut/lockdown ass. I think about karma boobs a lot too, like whether I had A-cups in another life and that’s why mine are so big now. It’s weird that Drew thinks about those things too!

As for liking Mondays… when I was in school, I actually did like the start of the school week too, and I always felt like such a nerd for it. Now that I gossip for a living… I don’t like Mondays. But Wednesdays and Thursdays are actually the worst.

give this video of #drewbarrymore catching her chicken an Oscar. #swiperight

give this video of #drewbarrymore catching her chicken an Oscar. #swiperight

Village gunman's lived at garage on road where he shot neighbour, 42