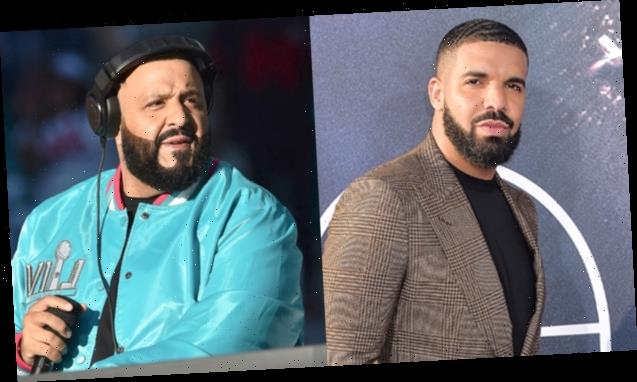 And you thought you were going to go a summer without an anthem from Drake. Champagne Papi reunited with DJ Khaled for a pair of bangers, including ‘POPSTAR’ which is full of name drops.

“Things are so bad, that Drake didn’t even make a song for the summer,” Desus Nice said during the July 5 episode of Desus & Mero on Showtime, unaware what Drake, 33, and DJ Khaled, 44, were cooking up. As if they were directly responding to Desus’s challenge (“Like, even Drake can’t beat 2020”), Drake reunited with Khaled to release not one, but two songs. Along with “Greece,” Champagne Papi and Khaled dropped “POPSTAR” on July 17, and it’s full of references to, well… our favorite POPSTARS.

From Justin Bieber to Selena Gomez, and Ariana Grande to Whitney Houston, Drake dropped so many names in his verses, we could hardly keep up. But we heard them all, and now you can too.

The choice of this Drake and Khaled collab is interesting, considering who’s been sitting atop the Billboard Hot 100 for the past month. DaBaby’s collab with Roddy Ricch, “Rockstar,” has spent five weeks in the No. 1 position. It also has racked up eight weeks at No. 1 on the Streaming Songs. Elsewhere on the Billboard Hot 100, Tyla Yaweh declared he was living like a rockstar on “Tommy Lee,” a song featuring Post Malone (who topped the Hot 100 with his 2017 track, “Rockstar”).

Whether fans will interpret “Popstar” is a direct response to DaBaby and Roddy Ricch remains to be seen. The fact that Drake is behind a song titled “Popstar” is a cunning way for him to turn one of his biggest criticisms into one of his biggest boasts. Drake has often been derided by fans as being “soft” (Charlamagne Tha God said “There’s Gay, Straight and Drake” in 2013, the same year that Drake’s longtime rival Kendrick Lamar insinuated he was “sensitive”). However, at the turn of the decade, The New York Times ran an article about Drake’s mammoth influence and undeniable success in the 2010s. Titled “Rappers Are Singers Now. Thank Drake”, writer Jon Caramanica’s piece credited Drake’s 2009 So Far Gone mixtape for really pioneering “singing as rapping, rapping as singing, singing and rapping all woven together into one holistic whole.”

“In Drake’s hands, rapping and singing were in constant, graceful dialogue,” per the New York Times writeup. “He was able to be tough and tender, write chest-puffing boasts that felt shocking and also the catchy hooks that made them go down easily. And he also knew how to render bravado using soothing coos, and intimacy using stern barks.”

The results also speak for himself. In March 2020, he broke the record for the Most Billboard Hot 100 entries ever (208 with “Oprah’s Bank Account,” by Lil Yachty, him and DaBaby). A month later, he made history again. He became the first male artist to have three songs debut three songs at the No. 1 spot on the Billboard Hot 100, with “Toosie Slide” completing the hat trick (“God’s Plan” and “Nice For What” were the other two.) This feat matched Mariah Carey, who pulled off three No. 1 debuts between 1995-97. It was Drake’s seventh total Hot 100 No. 1.

Will either “Popstar” or “Greece” help Drake make history again? These two songs marked their sixth and seventh collaborations. They previously worked together on 2009’s “Fed Up,” 2011’s “I’m on One,” 2013’s “No New Friends,” 2106’s “For Free,” 2017’s “To The Max.” After weeks of teasing the tracks by posting pictures of owls (the mascot of Drake’s OVO Sound label) to his Instagram, DJ Khaled confirmed the arrival of the two songs with an IG video of him walking through a “jungle” (aka, his backyard.) Drake kept a low profile about the collabs. Instead, he’s been recently seen hanging out with Rihanna’s family in Barbados. This comes after Rihanna and her boyfriend of three years, Hassan Jameel, called it quits in January.