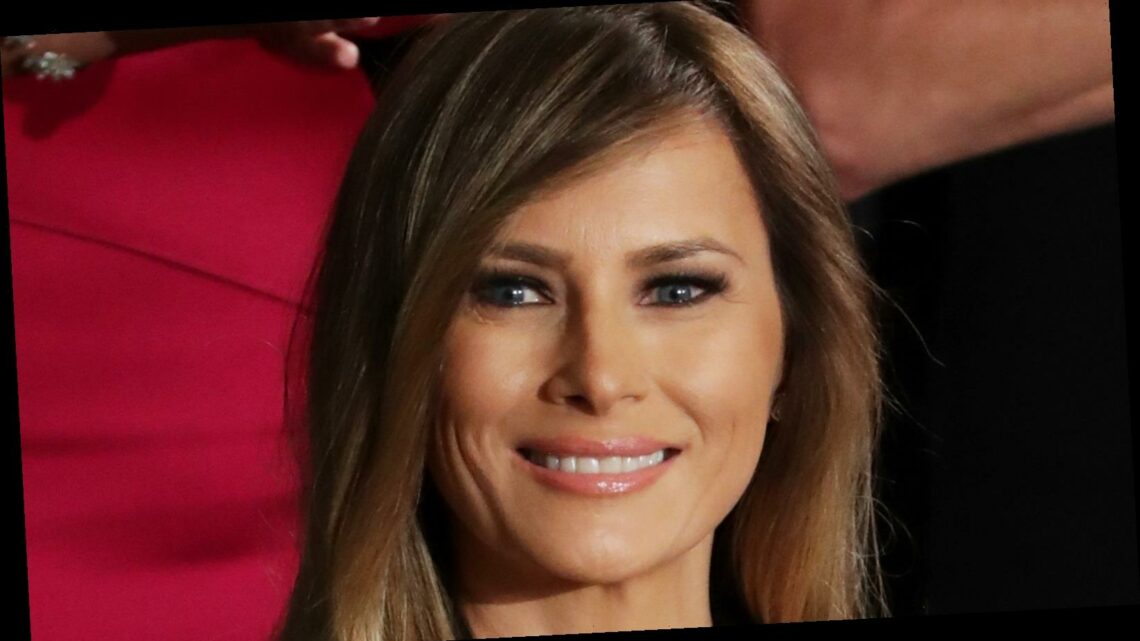 Melania Trump had a Valentine’s Day message to share with the world, but she seemingly did not have anything to say about her husband Donald. Both Melania and the former president have been staying at their Florida resort, Mar-A-Lago, while his impeachment trial unfolded in the U.S. Senate. Melania did not make any statement about her husband’s acquittal, however, and she did not say anything romantic about their marriage.

Instead, Melania tweeted a throwback picture of herself visiting the non-profit organization The Children’s Inn. “On this #ValentinesDay, I think of the brave & inspirational children at @TheChildrensInn @NIH where I visited the past few years,” Melania wrote. “Sending them love & strength, today & everyday. #HappyValentinesDay.” As Elite Daily wrote, the former first lady volunteered at the residential facility in 2018, 2019, and 2020. However, since departing with the lowest approval rating of her entire tenure as first lady, according to a poll conducted by CNN, Melania has not made any similar public appearances.

Melania does, however, intend to keep working on the anti-bullying “Be Best” campaign she began during her time in the White House. On Feb. 12, 2021, she announced that she would be opening the Office of Melania Trump in Florida to handle her post-White House duties.

A source told CNN that Melania Trump had settled into her post-White House life by spending most of her time at day spas, where she receives various treatments. “She goes to the spa, has lunch, goes to the spa (again) and has dinner with Donald [Trump] on the patio,” the source described.

A different source confirmed that it is not uncommon for Melania to go to the spa twice in the space of 24 hours, spending hours there at a time. They noted that she enjoys having “massages, nail care, facial treatments or other items on the menu” at her disposal. CNN also reported that “the former first lady has mentally all but left Washington behind, unlike her husband.”

As CNN‘s sources noted, Melania has been “bitter and chilly” with Donald since insurrectionists stormed the Capitol Building on Jan. 6, 2021, when two members of her staff quit in protest. Melania is also reportedly jealous of the publicity that Jill Biden has received in her first weeks as first lady, like appearing on the cover of People and speaking at the Super Bowl.

According to Express, Donald and Melania celebrated their 16th wedding anniversary in January 2021, only a few days after they departed from Washington, D.C. and started their post-presidential life in Florida. But could there be trouble brewing in paradise? Looks like we will have to wait and see!

Barmy couple CHAIN themselves together for three months in ultimate show of love.. but going to the loo is the REAL test
World News